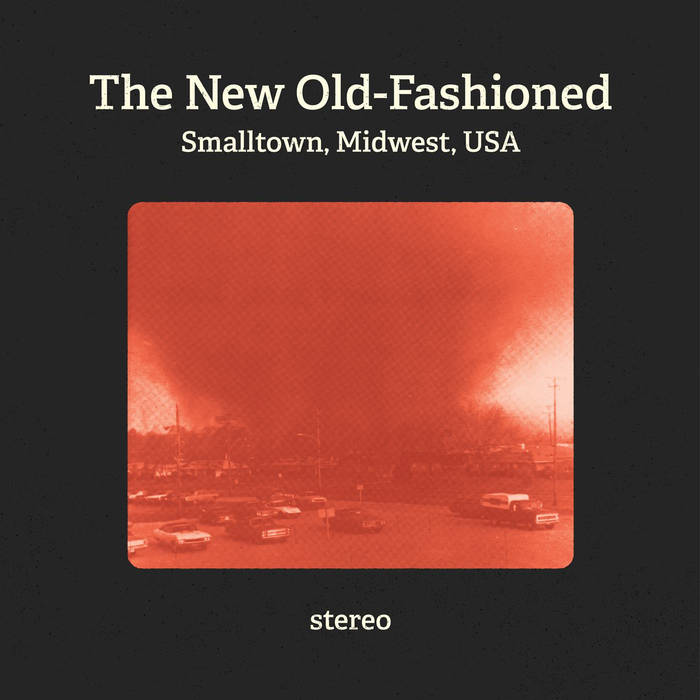 Fire Note Says: The New Old-Fashioned continue to crank out gritty, anthemic heartland rock on their excellent third record
Album Review: The name of The New Old-Fashioned’s third studio album, Smalltown, Midwest, USA, is an appropriate gesture toward the band’s roots, both literally and musically. Hailing from in and around Dayton, Ohio, the band has been steadily producing energetic rock with a twangy edge since their 2012 self-titled debut. They upped the game with 2015’s Low Down Dirty Summer Nights, which found the band venturing out in new directions while keeping their core sound intact. Now with producer Patrick Himes helping the band expand their sound even further, Smalltown shows how the band has evolved without losing any steam in the process.
The title track opens the album and sets the tone for the more uptempo numbers. The guitars are crunchy without being overly distorted, the rhythm section is tight, and Himes’s organ playing glues everything together with a late 60s/early 70s folk rock vibe. Lyrically Payne is at his best, riffing about how “it’s hard to find love in a swing state / between white fences and the iron gates,” but it’s the production that really ties it all together. The vocals are slightly buried in the mix, which helps give it a more “live” feel, and the guitars weave lines around each other throughout the track, adding additional layers that constantly push the song forward. That sound continues on other tracks like foot-stomper “Hank & The Bottle” or the Tom Petty & The Heartbreakers-esque “Kid 2000,” with guitars soloing alongside Payne’s vocal lines. It seems like a simple strategy, but it’s one that gets used way too infrequently by other artists who either don’t have the skill or are content to strum chords for three or four minutes at a time.
There are also a few quieter tracks that break things up in a good way, allowing for a bit of a breather between the heavier songs. “Closer & Closer” follows up the title track with more organ swirls and chiming guitars, but has a much more laid-back feel with layers of harmony vocals and a steady 3/4 beat. There’s still plenty of great guitar work, though, including one of the record’s best solos, as is the case on the next track “This Old Town.” The latter has a shuffly, almost 50’s style arrangement, which means that when the guitar solos come in between verses you really take notice (the same is true of Payne’s soulful singing during the track’s final minute). Another surprise is guitarist Kent Montgomery’s turn on vocals and songwriting around the album’s half-way point, taking the reins on the folky “A Simpler Time.” While his singing isn’t as strong as Payne’s and the lyrics are a little forced, the song pokes at the nostalgia inherent in the music by questioning the idea that the past was really better than the present. It’s a nice palate-cleanser that comes at just the right point in the album.
Overall, while it’s not a vast departure from their previous work, Smalltown, Midwest, USA improves upon the NOF formula in just about every way, from the production and arrangements to the songwriting and lyrics. It’s heartfelt heartland rock that looks at middle-American culture with a critical but sympathetic eye, not afraid to celebrate and criticize, sometimes in the same song. This is smart, red-blooded American music—and who wouldn’t want to get behind that?
Key Tracks: “Smalltown, Midwest, USA” / “Kid 2000” / “This Old Town”
Artists With Similar Fire: Tom Petty & The Heartbreakers / Ryan Adams / Bruce Springsteen
The New Old-Fashioned Website
The New Old-Fashioned Facebook
Magnaphone Records
-Reviewed by Simon Workman

Max Pain And The Groovies – “Checkin’ Out Late” [Video]