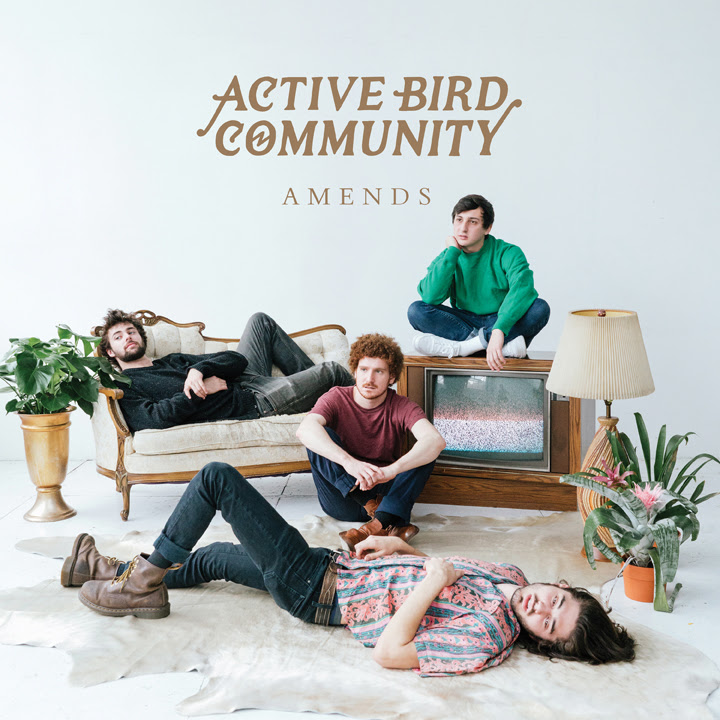 Who: Active Bird Community is a Brooklyn band formed in 2005. Amends is their Barsuk Records debut.
Sound: Strong 90’s alt-rock influences as they have a vibe that will take you back to the days of Tripping Daisy, Jimmy Eat World, and Harvey Danger while giving you a more modern flare like Rozwell Kid and Car Seat Headrest.
TFN Final Take: If only Active Bird Community would have been around in the 90’ their Barsuk Records debut album, Amends, would have been huge. That is because this Brooklyn group has a fantastic alt-rock sound that is filled with stand-out lead vocals from Tom D’Agustino and muscle guitar riffs that rip and roar at will throughout the album. The songs deal with the tension of family, loss, breakups, anxieties, and hope for the future so there is plenty to connect with. Active Bird Community wear all of these emotions on their sleeve for an energizing slice of reality track after track. If I have any complaints that held this record back for me a little bit, it would just be the sequencing at times felt like there were some unnecessary lags. Overall though, with tracks like “Sweaty Lake,” “Unwind With Me” and the title song “Amends,” Active Bird Community make for a “turn up the volume” type of listen that had me taking the record for spin after spin.
Active Bird Community Website
Active Bird Community Facebook
Barsuk Records
– Reviewed by Thomas Wilde