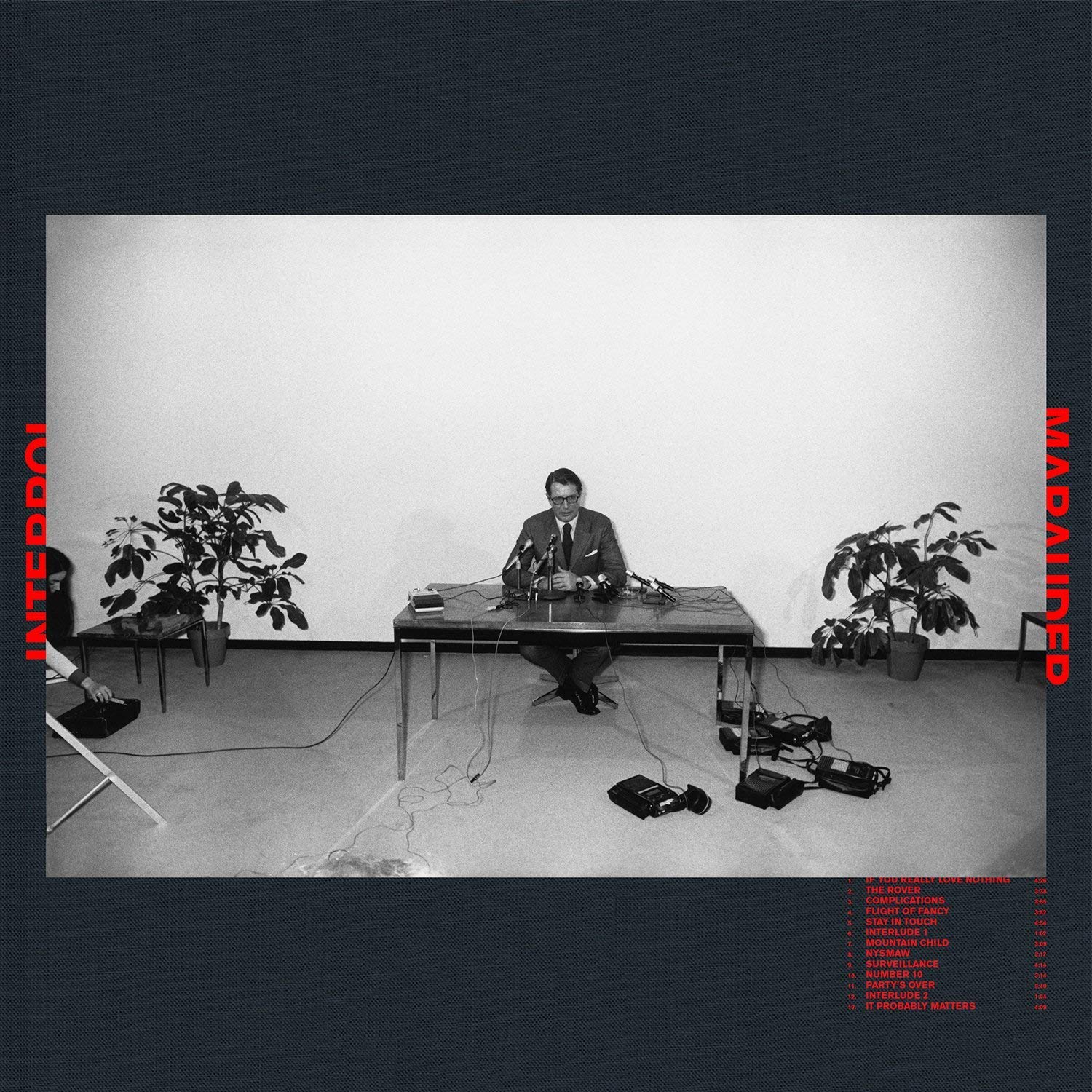 Fire Note Says: Most songs on the new Interpol will fit nicely into a live set.
Album Review: New York post-punk rockers Interpol return for a 6th album, this time relying on an outside producer after taking things in-house on the last two. Working with David Fridmann (Flaming Lips, Spoon, Mercury Rev), they reportedly recorded directly to tape, avoiding the more common digital approach. As a result the first single, “If You Really Love Nothing,” embraces a more like a conventional classic rock sound that most of Interpol’s catalog, but much of the rest of Marauder falls more in line with the angular punk influenced indie rock that made the band’s 2002 debut, Turn on the Bright Lights feel like an instant classic.
Last year, the band celebrated the 15th anniversary of that album, by touring playing the disc track by track. A lot has changed in the intervening years, lead vocalist Paul Banks has moved from rhythm guitar to bass, but the band’s approach is still pretty basic, often framed around a signature guitar riff or melodic line from Daniel Kessler, and then Banks’ baritone voice ruminating voice floating amid the dense muscular sound of drummer Sam Fogarino. Early comparisons to Joy Division and The Smiths still feel warranted.
“The Rover,” “Mountain Child” and several other things open with Kessler playing a simple line on the guitar that repeats for a couple measures until churning band comes in locking down the rhythm. Interpol is not reinventing the wheel here, they’ve perhaps pushed at the boundaries here and there, but they’ve stayed pretty close to form.
Lyrically, Banks has reported that he’s drawing more on personal experiences on this album, but he still leans toward abstract theoretical observations. “Now You See Me At Work, Dear” opens with a reference to the music of Prince on “Alphabet Street,” but he’s still asking his significant other for “oversight” over dreams, fantasies, etc., whatever that means.
Structurally, Interpol remains pretty predictable musically, we’re not seeing many new faces here. “Number Ten” opens with a long swirling guitar part by Kessler, but it’s not clear how that relates to the rest of the song after the drums come crashing in. Here and there, the band catches fire, but mostly we are getting more of the same from Interpol. “Complications” suggests a bit of ska feel, and most songs here will no doubt will fit nicely into a live set, but that don’t really add much creatively to the band’s established sound, yet they maintain an irresistible energy when the trio’s edgy chaos coheres.
Key Tracks: “If You Really Love Nothing” / “Complications” / “Now You See Me At Work, Dear”
Artists With Similar Fire: Joy Division / Arctic Monkeys / Franz Ferdinand
Interpol Website
Interpol Facebook
Matador Records
– Reviewed by Brian Q. Newcomb