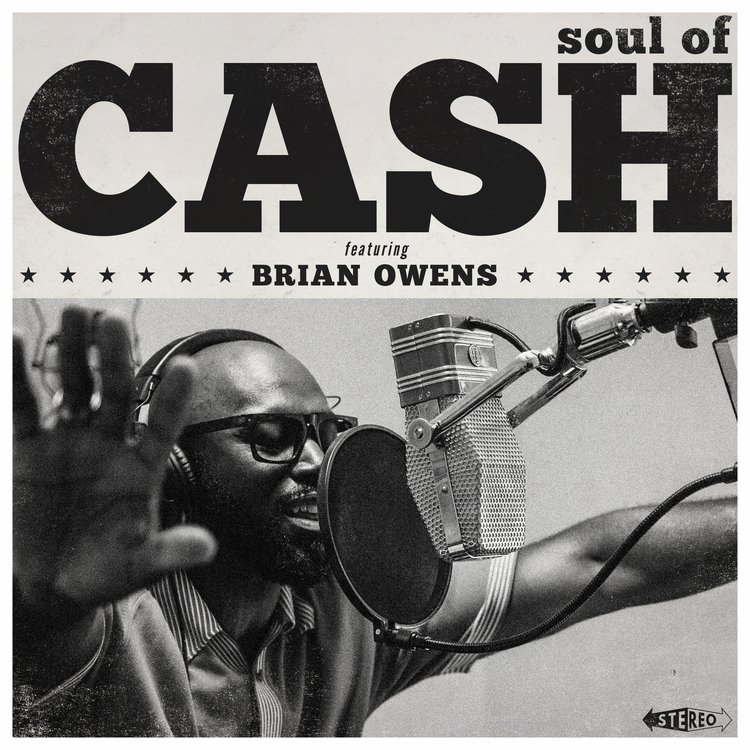 Fire Note Says: Brian Owens shares his soul with Johnny Cash!
Album Review: I think in today’s vast music scene, cover records are merely blown off as a novelty or simply overlooked. Even for established artists, a cover record is typically assumed to just be a money grab. Hopefully, this electrifying Johnny Cash cover record from St. Louis-based soul singer Brian Owens will change that mindset for this go around.
Soul Of Cash is Owens’ interpretation on seven of Johnny Cash’s classics and it was just given a special vinyl release from Soul Step Records. Right from the opener, “Ring Of Fire” you experience something completely different. This is clearly one Cash song that we have all heard a million times and it has probably been covered the same amount of times. Owens steps into it with such a vibrant energy that it explodes out of your speakers with the support of warm horns and its gospel like backing vocals. It is a version that will raise the hairs on your arm because it just sounds fantastic!
This delivery sets the bar way high for Soul Of Cash and the album continues to ring that bell. “Folsom Prison Blues” steps the tempo up and will get your blood pressure moving just keeping up the beat while “Walk The Line” has its jazzy backbone that lets you just sway to the croon of Owens. This type of imaginative configuration for theses Cash tracks is where the magic lies because what makes a great cover record is the element of surprise and the ability to forget you are listening to old tunes. Soul Of Cash does both.
The opening horns in “Sunday Morning Coming Down” gives the track a fresh spring as the organ and pedal steel guitar retain a bit of the originals simple flare. Owens takes over as he keeps his vocals revving back up the chorus while the female backing vocals of Valencia Branch, Maria Ellis, Charlene Masona and Malena Smith are prominently highlighted, as they layer and mirror into the song and call out the chorus independently. The entire mix and arrangement work to make the track a highlight.
Brian Owens does add in his own original with the closing song, “Soul In My Country,” which explains his connection to Cash. If you didn’t know any better, you would think it was one of Johnny’s gospel tunes. The track also features Robert Randolph playing pedal steel guitar so it is a song you should stick around for.
Soul of Cash was originally released near the end of 2017 but this re-release by Soul Step is just what the album deserves. Soul Of Cash is a timeless take on these Johnny Cash classics as Brian Owens’ “under the radar” status has just been amplified!
Key Tracks: “Ring Of Fire” / “Sunday Morning Coming Down” / “Folsom Prison Blues”
Brian Owens Website
Brian Owen Facebook
Soul Step Records
– Reviewed by Christopher Anthony