Buddy Guy: The Blues Is Alive And Well [Album Review] 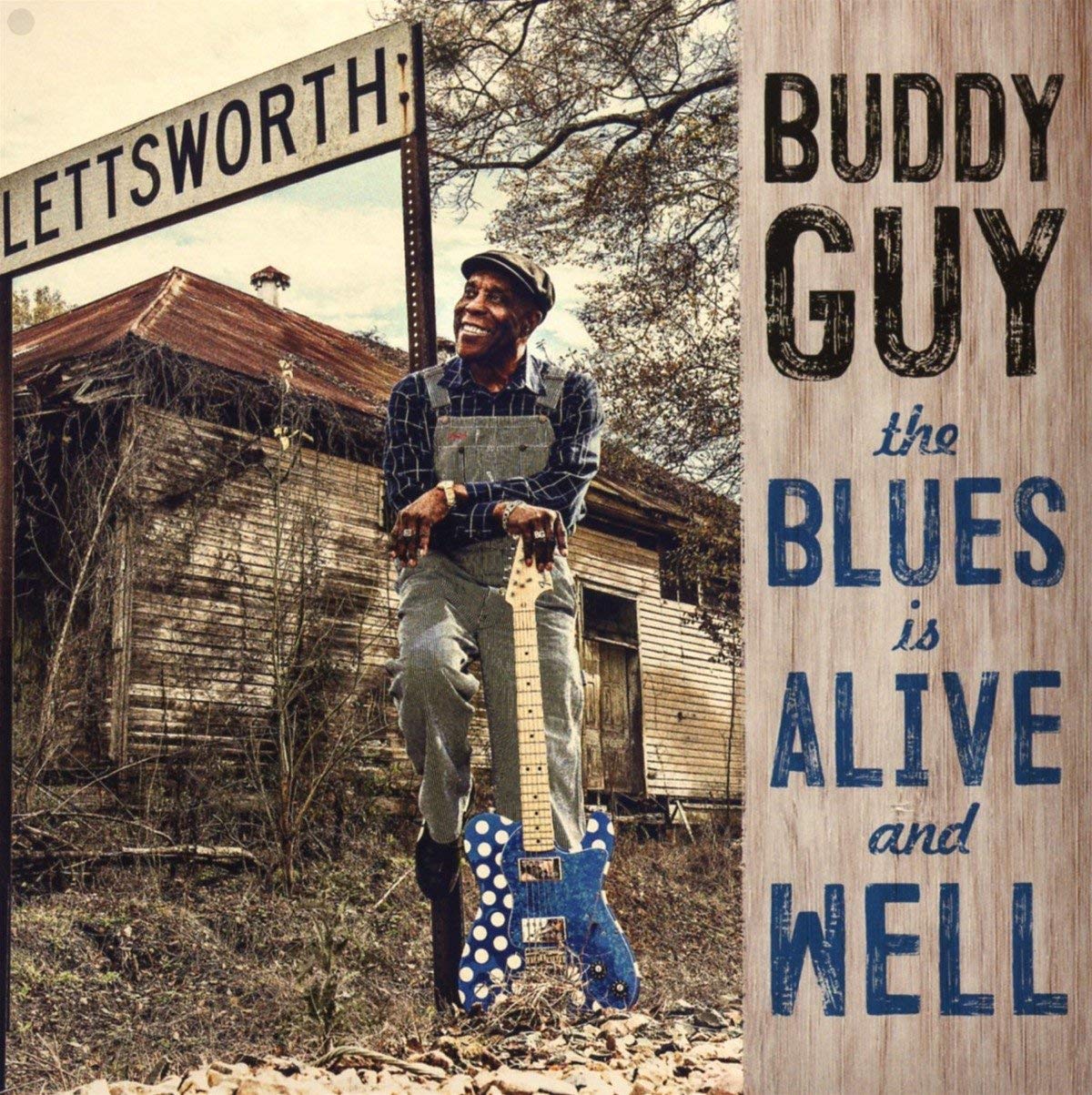 Buddy Guy
The Blues Is Alive And Well
RCA Records [2018]

Fire Note Says: In his early 80’s, blues guitar veteran and a major influence on folks like Jimi Hendrix and Eric Clapton, Buddy remains surprisingly capable and emotionally satisfying.
Album Review: At a time when we’re hearing that blues rock veterans Jimmy Page is thinking about a 50th Anniversary tour for Led Zeppelin, while rumors are circulating suggesting that Eric Clapton’s playing days are practically over, the fact that elder statesman Buddy Guy – who will turn 82 later this month – is alive and well, still a strong touring presence and back with a new album, is good news worthy of celebration. Way, way back in the day, Guy played on Chess Records’ sessions backing up the likes of Junior Wells, Muddy Waters, Howlin’ Wolf, Koko Tayor, Sunny Boy Williamson and Little Walter, but even with those traditional blues bona fides, he’s no doubt best known for his live showmanship – notoriously playing the guitar behind his head and picking the strings with his teeth before Jimi Hendrix added these “trick” techniques to his repertoire. To this day, Guy remains a compelling live performer and showman, while his adventurous musical explorations beyond that early “Chicago blues” identification have added to his reputation as a “living legend.”
With a career that can best be summed up in two of his best album titles, “Damn Right, I’ve Got the Blues,” and “Born to Play the Guitar,” Guy returns to work with producer Tom Hambridge, with whom he won the last two of his seven Grammy Awards for Best Traditional or Best Contemporary Blues Album. Hambridge, who’s also worked with Susan Tedeschi, Johnny Winter, James Cotton and a host of others, co-writes and directs much of what we hear on Guy’s 18th studio album as a solo artist, allowing the beloved guitarist to shine as both a singer and soloist on a series of appropriate and satisfying blues songs, rich in tradition and substance.
Critics of the blues form will complain that it is repetitive and derivative, but the genius of this time-honored tradition can be deceptive in its simplicity. Growing organically from the human tendency to use “folk music” to deal with life’s current challenges, and turn mourning into celebration, despair into a cause for hope, blues is the musical embodiment of what the human spirit is capable of when push comes to shove. As music of lament it speaks to the injustice, the pain and woe that many have experienced in life, and it was an organic expression as African Americans overcame to hardships of slavery and Jim Crow by using this indigenous art-form as a path to self-expression and liberation, as if to say to the powers that be, or the boss man at the job, or the wo/man who broke your heart, that you may seek to control us, but you can’t control this.
But as such, “The Blues Is Alive and Well,” is not about breaking new ground, although it’s mastery of the blues formula is a lot more difficult than its critics are likely to recognize. If it’s so easy, why can’t more people write and perform at this level? Like the rhymes in pop music, it’s a lot harder to create something as solid and fresh as the songs here, while avoiding succumbing to cliché than you’d think. As such, Hambridge has set up Guy with the kind of solid, even reflective material that suits a veteran player in his 80’s. The title track, “A Few Good Years,” “Blue No More,” “When My Day Comes,” and “End of the Line” and a few other references here and there, allow the singer and guitarist to consider this place in the world, and what inevitably awaits us all.
That said, Guy sounds great here. His voice as rich and emotionally potent as ever, his guitar playing remains an elegant and creative, exemplary within this tradition. Some will be drawn in simply because Jeff Beck and Keith Richards play alongside Guy on “Cognac,” and Mick Jagger plays harmonica on “You Did the Crime,” but the real star power here rest with Buddy Guy himself, gifted and surprisingly capable for someone at this age.
I had both the privilege and pleasure to see B.B. King as he transitioned in the later stages of his career from the singer and player who could hold his own on stage and in the studio with Clapton, and on U2’s “When Love Comes to Town,” to one who sat down for his long performances, and as he played less and less and spent more of his shows talking and telling stories. Eventually, he over-stayed his welcome, and in the last years of his life was less able to play a satisfying concert that lived up to the standards of his long history. These days, Guy still manages to entertain, delivering many of his classic songs, and displaying his array of theatrical guitar skills, even if sometimes he abruptly quits a song in mid-stream and moves on to something different. The point is, artists like Buddy Guy are much like our natural resources, we need to value them and go see them live to get the most of them while we still have them, recognizing as Clapton once suggested that the future of the blues guitar is now in the hands of players like Derek Trucks and Gary Clark, Jr.
Buddy Guy Website
Buddy Guy Facebook
RCA Records
– Reviewed by Brian Q. Newcomb