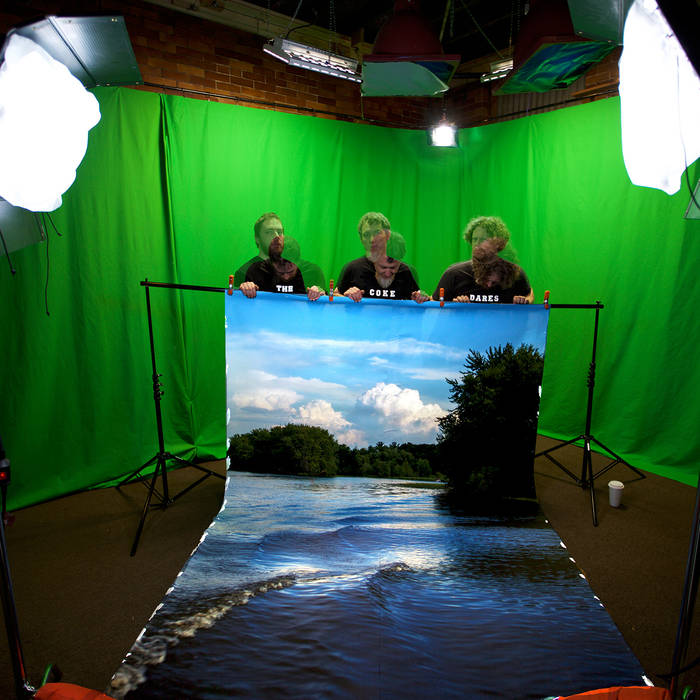 Who: Bloomington, Indiana’s, The Coke Dares return with a 35 track album that will delight and amuse listeners.
Sound: The Coke Dares blend humor with oddball catchy power-pop that falls somewhere in the realm of Guided By Voices meets DEVO with a dash of Ween for good measure.
TFN Final Take: The Coke Dares new LP, Fake Lake is a pleasant surprise for 2018. Truthfully, I should not be surprised at all. The pedigree of the trio involved is rather impressive. Jason Groth, (Magnolia Electric Co., and The Impossible Shapes) provides vocals and guitar. Mark Rice (Magnolia Electric Co., Rabbit U.S., Telepathic, and The Impossible Shapes) also provides vocals and drums and Pete Schreiner (Magnolia Electric Co.) chips in more vocals and guitar.
After my first listen, I was impressed with Fake Lake, mostly hooked by the humorous and heavier tracks like “Phantasy Book,” “(No Use Denyin’) I Like to Drive,” and “Drivin’ on Sunday”. As I listened to the album more and more, it revealed more substance and I developed a deeper appreciation for the band and the music they were creating. The Coke Dares may get unfairly lumped into a “joke band” category like fellow weirdo-rockers Ween, but for every “Please Say Fuck” or “Came to Shit” song there is a “Honey Pie “ and “You Say a Lot.”
Don’t let the large number of songs dissuade you from giving this band a listen. The 35 tracks on Fake Lake breeze by in less than 45 minutes. The band doesn’t beat around the bush developing a song; they get right to the point and disarm you with hook after wonderful hook.
Although there has been almost a decade between their last release and this new album, The Coke Dares have not lost a beat. Fake Lake boasts the same exuberance and tongue in cheek approach as their past work while remaining fresh sounding and fun.
The Coke Dares Website
The Coke Dares Facebook
Third Uncle Records
– Reviewed by Daniel Taylor