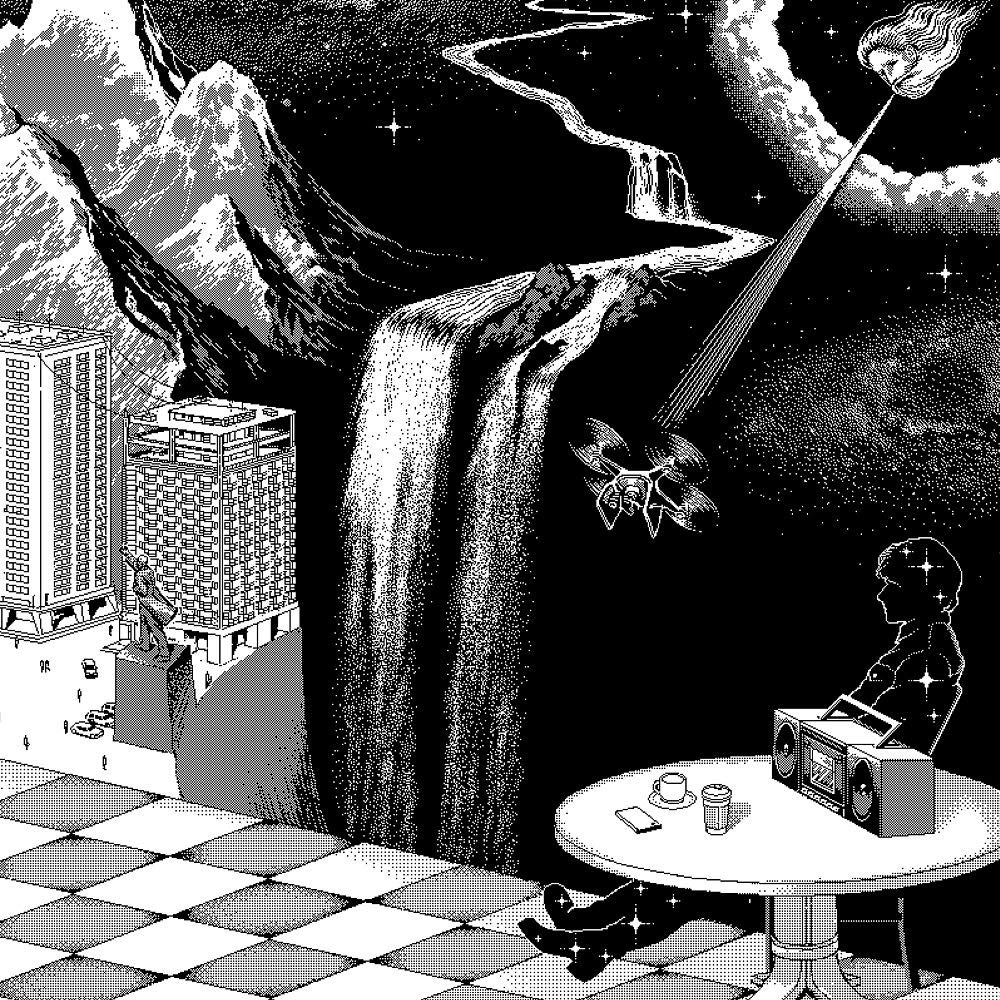 Fire Note Says: Welsh singer/songwriter, Gruff Rhys of Super Furry Animals fame, hides dark, commentary in sweet, orchestrated pop songs in a compelling and enjoyable way.
Album Review: Even though, Super Furry Animals’ Gruff Rhys may be playing it straight on the smartly orchestrated pop songs of Babelsberg, his fifth solo album, but as listeners move past the sweetness of his melodies, a starker portrait is revealed, one that takes an incisive look at the political/cultural tensions that plague much of modern life. The opener, “Frontier Man” takes the piss out of political cults of personality that commonly appear during the American election season, when the country longs for a macho Clint Eastwood personality with the ego-strength to declare, “I can fix it.” It’s all delusion, of course, but the mock-country music feels the perfect choice for a satire of the Iowa primaries.
The Welsh singer/songwriter has turned his attention State-side before, his 2014 album “American Interior” sought to follow his countryman John Evans’ attempt to track a lost tribe of immigrants through the U.S. Midwest, which took the form of a film and book as well as a collection of songs. In 2016, Rhys responded to the UK debate over Brexit by releasing the single “I Love E.U.,” revealing his leanings away from nationalism and the severing of cooperative alliances. The ten songs of Babelsberg were recorded in that same time period in a brief three-day session in a studio that was scheduled for demolition so that luxury condos could be built there. That unsettling gentrification, the sense of failing and falling institutions, urban decay and the threat of nuclear apocalypse provides the emotional backdrop of the songs here, which sat on the shelf for 18 months waiting for composer Stephen McNeff to write the orchestrations which were eventually recorded by The National Orchestra of Wales.
Rhys has said that he had been working with McNeff on an opera about a post apocalyptic Wales when the idea of the collaboration struck him, and he noted that “the idea of using an orchestra seemed to chime with the fact that we’re living in this fake opulent world with empty luxury flats towering over city centers and that veneer is there to disguise the cancer inside.”
That description says all we need to know about the pristine, lush musical settings and the darker world of experience described in the lyrics. “The Club” describes the disappearance of once reliable supportive social institutions. Rhys sings over a wall of violins that recalls 80’s popsters ABC, “They threw me out of the club, the club I built with my own two hands.” “O Dear!” is built on a rhythm and melodic hook that points back to the band Madness, but describes the vulnerability of scraping together a sustainable wage in the gig economy. Elsewhere you can hear nods to The Beatles as well as Squeeze, but with titles like “Drones in the City,” “Negative Vibes,” and “Architecture of Amnesia” that explore modern threats from flying 24-hour supervision to the assaults of the 24 news cycle, you probably relate all too well to Rhys’ portrait of a world stretched to a breaking point.
But the threats are not entirely external, our subservient captivity to creating a fun, social media footprint, finds the couple in “Selfies in the Sunset” creating a photographic memory as a mushroom cloud of nuclear death is filling the evening sky. Rhys is joined on that duet by model and singer Lily Cole, the perfect song to close a collection of morbid songs from a the new dark ages of our political landscape, packaged as playful soft-rock songs with some awkwardly catchy hooks. Hiding this dark commentary in sweetly orchestrated popsongs, may just provide the perfect soundtrack for the next apocalypse, or at least give us some enjoyable listening while we wait together for it.
Key Tracks: “Limited Edition Heart” / “Negative Vibes” / “The Club”
Artists With Similar Fire: Super Furry Animals / Bryan Ferry / Young American-era David Bowie