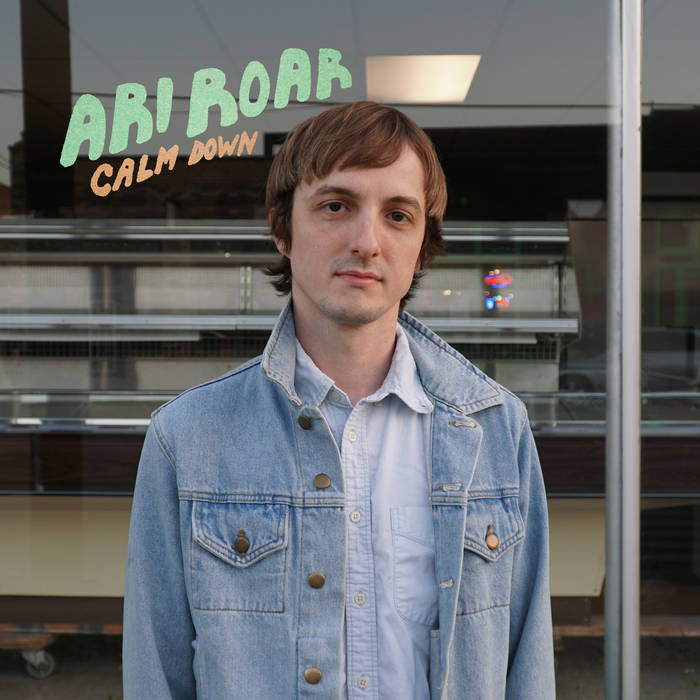 Who: Ari Roar is the moniker of singer-songwriter Caleb Campbell and Calm Down is his debut album via Bella Union.
Sound: Ari Roar nails the softer indie rock delivery that is in the direct wheelhouse for fans of Rogue Wave, Grandaddy, The Shins, Mac DeMarco and Death Cab For Cutie.
TFN Final Take: Short and to-the-point tracks are exactly what you get on Ari Roar’s debut record Calm Down. With an average of just 1:51 per song on a 15-track record you know right away that Ari Roar is all about telling his view of the world in a very concise matter. With a voice similar to James Mercer (Shins, Broken Bells) and a more DIY style of Mac DeMarco, Ari Roar presents songs that cover subjects like a dog, high school, and a multitude of life lessons. All of this is presented with a simple lower-fi jangly song structure that really could be tracked all the way back to The Beatles. I could find myself listening to these songs most of the day and never getting tired of Campbell’s voice. I am convinced if you give Ari Roar a chance his floating tracks will have you quickly buying what he is selling in probably under 2-minutes!