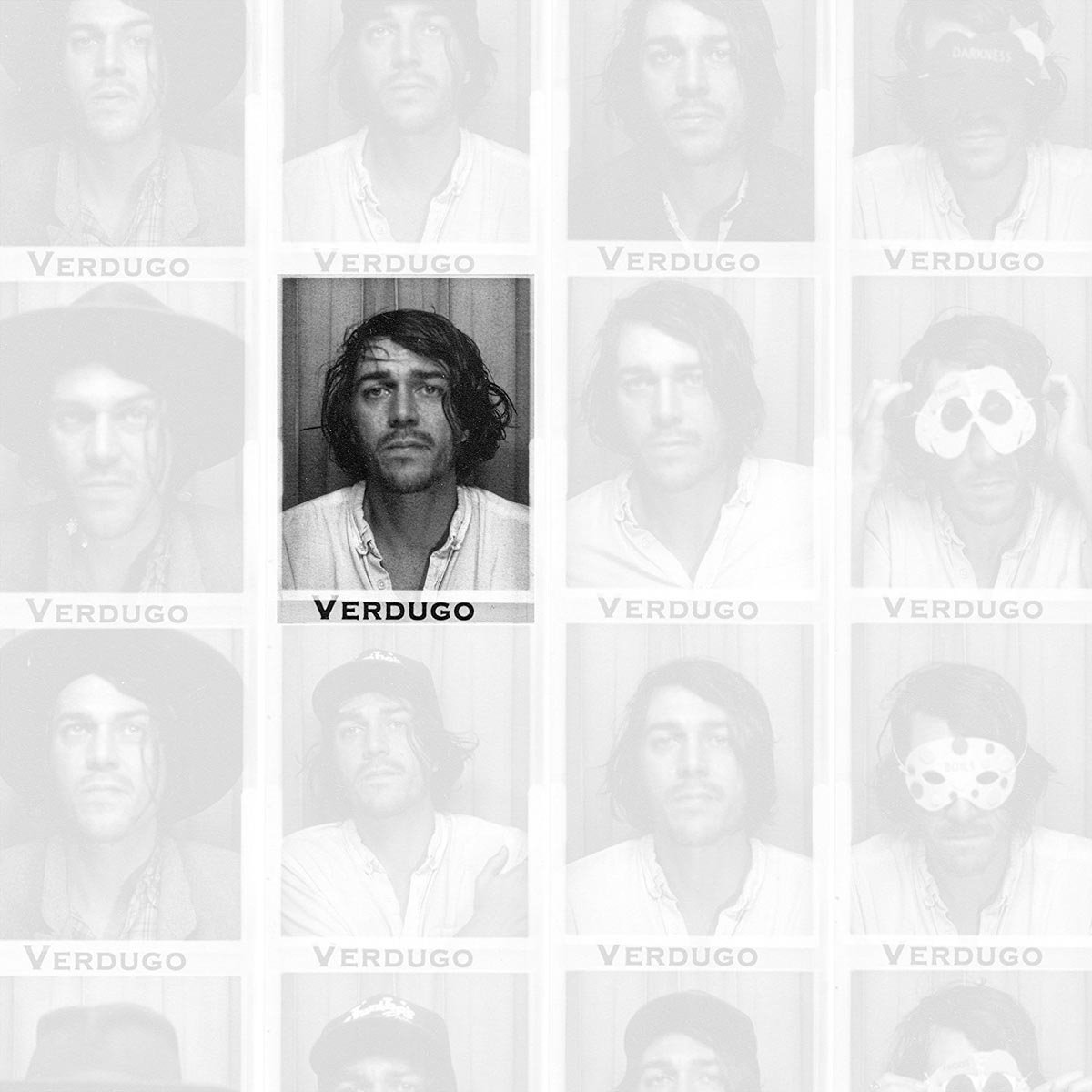 Fire Note Says: Verdugo is a dreamy, free-floating work of moody melodies and emotional release.
Album Review: The twelfth song on Richard Edwards’ towering 2017 release Lemon Cotton Candy Sunset is called “Pornographic Teens.” It’s a tune that moves along nicely and showcases Edwards at his moody best, combining swirling synths, lifting vocals and jangly acoustic guitars in a perfect mosaic of pain, beauty, wonder and love.
A new version of “Pornographic Teens” closes out Edwards’ new record Verdugo, and the differences between these versions offer the clearest insight to how Edwards has evolved as an artist since his last release. The new version of “Pornographic Teens” — like the new record itself — is a slower, sparer, and slightly weirder work, one that’s more focused on rumination than entertaining or bewildering listeners.
It clocks in a bit slower than Lemon Cotton Candy Sunset, but Verdugo revels in its differences; it’s a plodding and quiet meditation that miraculously manages to stay mysterious, dynamic and layered from start to finish. Edwards’ best asset remains his unmistakable voice, which seems as if it’s almost made of shadows and silence; every ethereal word he whispers is delicately draped over warm, luscious arrangements, even when he musters a burst of emotion or a yearning yelp. His voice melds perfectly with the genre and arrangements he’s selected; it’s hard to avoid falling into a drowsy hypnosis after only a few tracks.
Like Father John Misty, Edwards has always found unlikely gold toeing the line between lovesick schmaltz and self effacing sarcasm. But unlike Father John Misty, he’s never felt like an obvious character or performance theatre; Edwards’ usual ability to deploy formidable earnestness and stunning vulnerability keeps listeners from rolling their eyes when he reaches for a lyric like “Hand me some cash and I’ll be dancin’ on a sunbeam / oh, life is such a fun dream.” He comes up empty a few times on Verdugo, though, struggling to fully commit to his own lines on a number of tracks — most notably the lead single “Minefield. “There you are caught in a minefield / one false move, girl, and you’re mine / oh, kaboom / oh, kaboom” sounds pretty when he sings it, but the delivery just doesn’t pack enough of the trademark earnestness that makes some of Edwards’ schmaltziest lines his best. Whereas he actually gets away with lines like “You’re my little petunia, mama,” and “I’m gonna eat you up like cotton candy,” on Lemon Cotton Candy Sunset, a handful of moments on Verdugo just don’t muster enough conviction to pass the smell test.
That stylistic nitpicking aside, Verdugo is the kind of reflective and contemplative record that requires a number of listens before its full effect is felt. It’s a trance, a sleepy Sunday morning — the record never quite takes off like a rocket and rarely tries to, preferring instead to pleasantly meanders from one song to another, finding its greatest heights in Edwards’ startlingly beautiful falsetto and moments of warmth. “Howlin’ Heart” comes closest to reminding us that Edwards used to front a straight up rock band, serving up pounding percussion and crunchy guitars paired with Edwards’ yawp and smooth-as-can-be oohs and aahs — but the production sands down the edges and turns even Verdugo’s hardest-rocking tune into a melancholy rumination. “A Woman Who Can’t Say No” has an ominous, haunted circus vibe to it, with synth cello string plucks spastically arpeggiating under a scraping slide guitar and a lazy, breezy orchestration that suggest an air of deep discomfort, the menacing refrain notwithstanding.
Toward the end of the record, Edwards treats listeners to“Something Wicked,” a stripped back track with a distinctly A.A. Bondy flavor. It’s a coarsely produced bit of acoustic music that sounds whispered, secretive and delicate, not unlike the entirety of Margot and the Nuclear So and So’s stellar barebones record, Tell Me More About Evil. “Something Wicked” is indeed followed by something genuinely wicked, a bizarre little nonmusical track called “Tornado Dreams,” which exclusively features a looming synth and a child repeating the phrase “Tornado Dreams.” It’s downright creepy, and it crashes through this otherwise pleasant and warm listening experience like a lightning bolt. The record may not need it, but it’s sure to effectively rouse listeners from the daydreaming slumber into which they’ll be lulled by the time they reach the end of side B.
With Verdugo, Richard Edwards has made a soft, warm record that further distinguishes him as a rare and overlooked talent. Those who have the patience and willingness to find the record’s quietest moments will discover the spaces in which Edwards’ has most carefully shared his fears, frustrations and ruminating, and that alone marks Verdugo as an achievement in its own right.
Key Tracks: “Minefield” / “Howlin’ Heart” / “Gene”
Artists With Similar Fire: Conor Oberst / The Shins / Kevin Devine
Richard Edwards Website
Richard Edwards Facebook
Profound Discomfort
Joyful Noise Recordings
– Reviewed by Dylan Gallimore