Wye Oak: The Louder I Call, The Faster It Runs [Album Review] 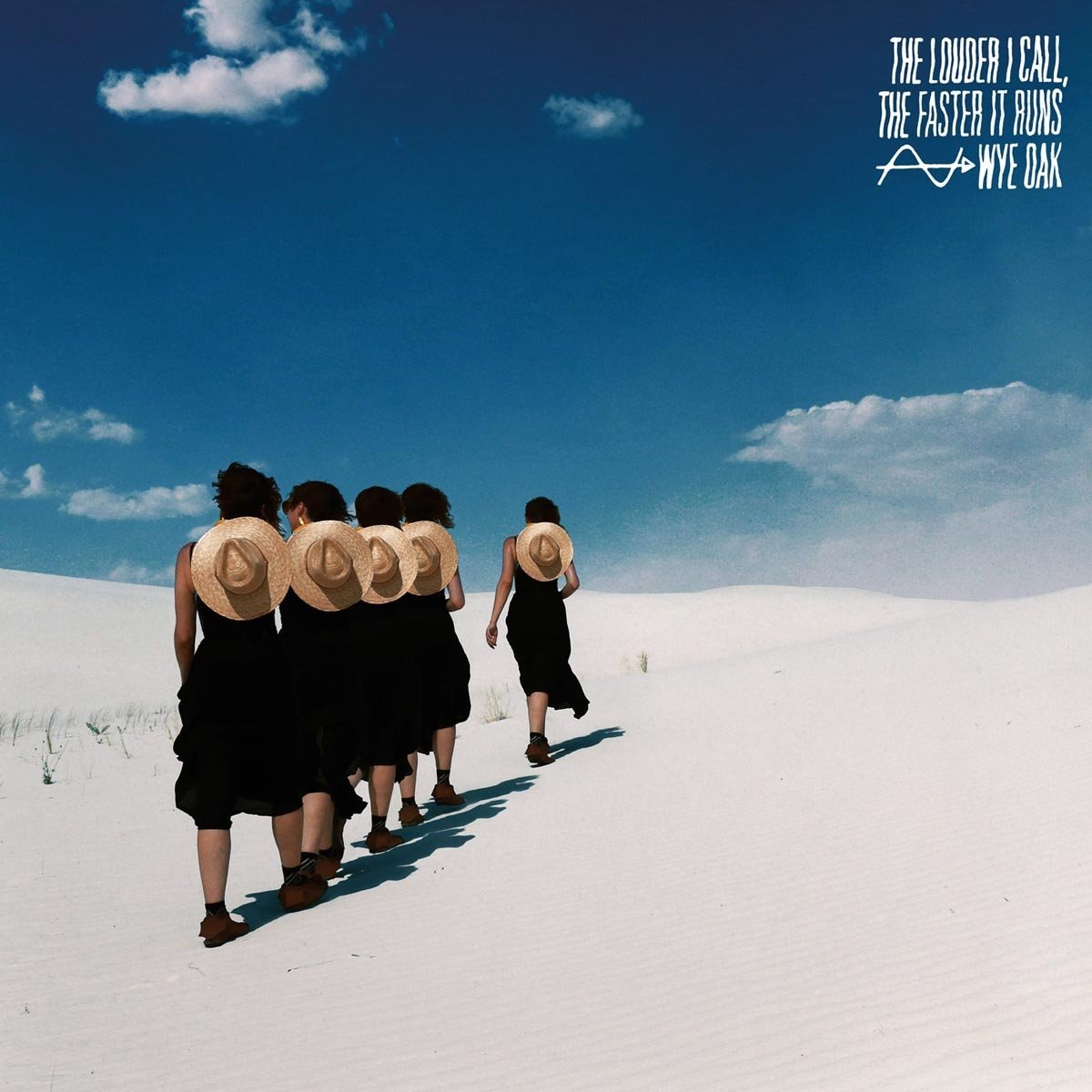 Wye Oak
The Louder I Call, The Faster It Runs
Merge Records [2018]

Fire Note Says: Wye Oak puts out an album that’s worth going back to again and again.
Album Review: The Baltimore duo Wye Oak (Jenn Wasner and Andy Stack) continue to hone and evolve their sound on their sixth studio album, The Louder I Call, The Faster It Runs. Wye Oak has excelled in the past with low-burn, subtle intensity. With this album they plug in and play with electronic sounds and propulsive beats. They mix in some of their natural understatedness, which makes for an exciting, unpredictable 38 minutes.
The Louder I Call, The Faster It Runs opens with two of its loudest, most upbeat tracks. “The Instrument” plays with the loud-soft dynamic and gives Wasner’s voice a place to shine. It holds its tension to the end as Wasner sings about not seeing eye to eye in a relationship. Up next is the title track; its theme of a desperate need for order builds into a harmonic crescendo that induces goosebumps. That climax doesn’t completely resolve itself, holding true to the message of the song.
The rest of the album is less attention-grabbing but no less intense. “You Of All People” has a haunting chorus that gets better with each listen. It is the track that evoked memories of “Civilian,” a standout in the Wye Oak catalog. The spry “Join” is the album’s next-to-last track, and serves as a palette cleanser. It is lighter with a jangle-rock vibe that diverges from the sound of the rest of the LP.
Wye Oak has no cheap tricks or shortcuts on their latest offering. This gives each song its own staying power and allows you to hear new elements with repeated listens. Wasner’s heady lyrics and delivery also provide stimulation for reflection. The Louder I Call, The Faster It Runs is a collection of songs that sound great and make you think; it is also clear that these songs mean something to their creators.
Key Tracks: “The Louder I Call, The Faster It Runs” / “Join” / “You Of All People”
Artists With Similar Fire: Phantogram / Sylvan Esso / The National
Wye Oak Website
Wye Oak Facebook
Merge Records
– Reviewed by Matthew Heiner