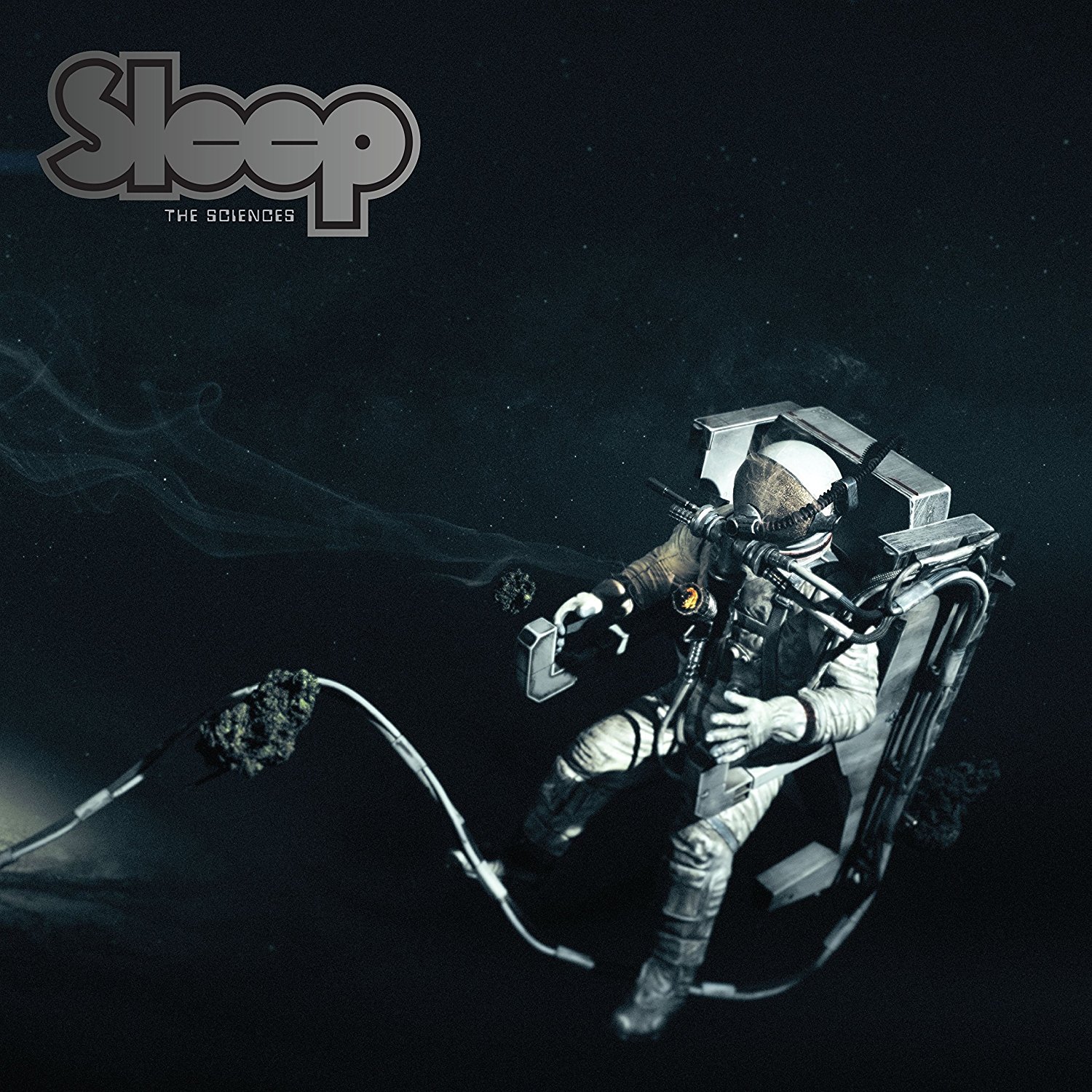 Fire Note Says: Follow the smoke once more to the riff filled lands. Sleep now presents you with the riff tree
Album Review: Over dunes, you’ve walked many miles, your entire body is heavy from the punishing journey. You’ve done as Jerusalem’s sacred texts have said, you followed the smoke. Your journey is coming to an end as you near the cath-weededral. The door opens and a hooded man says, “Weedian, you may now enter for the riffitual.” As you enter, hooded entities surround a large bong. The bong is rolling, the feedback erupts, Hasheeshian chants begin, and Marijuanaut reveals himself. The passage above, in my opinion, is what it felt like to receive Sleep’s fourth LP The Sciences. A near 20 year trek that ended on April 20th, the most holiest of holidays on the marijuana connoisseurs calendar. San Jose, California’s Sleep has been making music since music since 1990 but, it wasn’t until their second album Holy Mountain that their true sound took shape. Then in 1998 after frustrating label battles Sleep hour long opus Jerusalem was released. Jerusalem was later released as Dopesmoker which was the album as the band intended. It is this path, aside from “The Clarity” released in 2014 that brings us to The Sciences.
Sleep’s lineup now consists of two original members Matt Pike and Al Cisneros but drummer Jason Roeder (Neurosis) has been behind the kit since “The Clarity”. You would never know it however, The Sciences sounds as if the group has been playing together since their inception. Compared to their stoney staple Holy Mountain, The Sciences is-pun intended-a slow burn in the vein of Dopesmoker. Not fully doom, but the tone and structure can align with the genre tendencies. To quote one reviewer, “If you’re not high while listening to Sleep’s The Sciences, congratulations… you’re doing it wrong. Simply put, cannabis is the medium through which this album should be listened to,” a statement which I have to say is pure heresy. The album is both the caravan and the destination. Pike’s low rumble reaps through the field of your mind while Cisneros recounts the tale of Marijuanaut: inhaler of the rifftree, the discovery of Planet Iommia, and sailing the seas of hash oil. “Sonic Titan” only ever presented in a live form gets more brooding for it’s studio reincarnation. The aptly named “Giza Butler” dose indeed began with a bass solo that almost casts the album into TOOL territory. Pike’s guitar again keeps the growl steady while lyrics preach of rifftuals, the CBDeacon, and the billows of the chalice cup. “The Botanist” continues the momentum beautifully with an instrumental the combines 12 string, guitar, bass, and drums in a Mastodon like fashion.
Sleep’s The Sciences is 50% “religious” meditative text and 50% parody. The Sciences is an album that in the liner notes casts Al Cisneros as playing the water pipe. It’s that commitment to ridiculousness that pushes The Sciences to being such a great album. Matt Pike, Al Cisneros, and Jason Roeder have constructed a weed opus that may pay more homage then anything that’s come before it-Maybe even Dopesmoker. If this is the last that we hear from Sleep then I would be sad but, not disappointed. But, if they where to continue this momentum then I look forward to more gifts from the sonic titans.
Key Tracks: “Marijuanaut’s Theme” / “Sonic Titian” / “The Botanist”
Artists With Similar Fire: OM / Black Sabbath / Uncle Acid and the Deadbeats
Sleep Website
Sleep Facebook
Third Man Records
– Reviewed by Christopher Tahy

The Friday Fire Track: The Beths – “Future Me Hates Me”