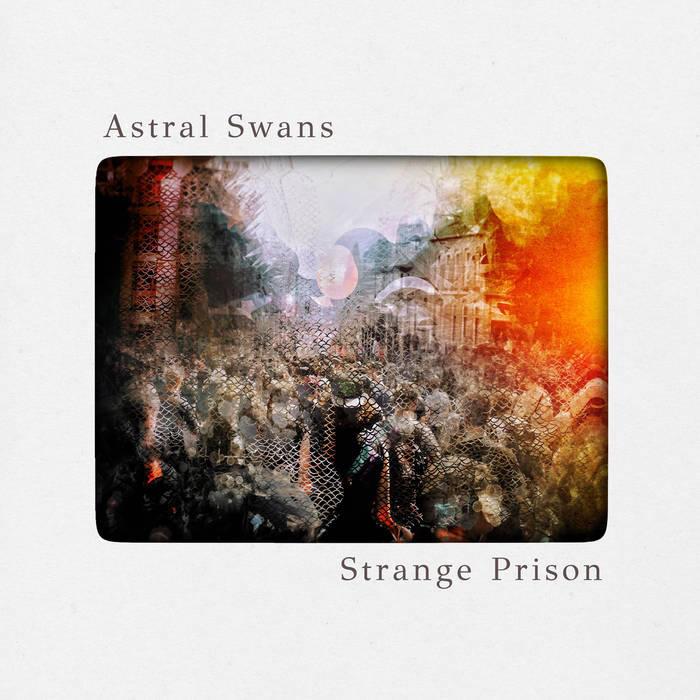 Who: Calgary’s Astral Swans sophomore LP, Strange Prison is a haunting and stark look into the imaginative psyche of songwriter Matthew Swann .
Sound: Matthew Swann’s quirky blend of lo-fi melancholic folk rock stays with you long after the album finishes playing.
TFN Final Take: 2015’s My Favorite Singers Are Willie Nelson was my introduction to the world of Astral Swan’s songwriter Matthew Swann. His penchant for dark lo-fi songs impressed and stuck with me so much that I had the Astral Swan’s debut album as my #2 album of 2015 (for a frame of reference, Pile’s You’re Better Than This was #1 and Circus Devils’ Stomping Grounds was #3).
You could say that Astral Swans had knocked their debut out of the park.
If the first album was a home run, Strange Prison is a grand slam. My expectations were high, but somehow this LP exceeded those expectations. It is weirder, it is catchier, it is sadder, and it is even more psychedelic than the first LP. Matthew Swann has raised the bar on himself and the music he creates.
Album opener, the rhythmic “Blow Away” captivates you with its catchy rhythm while it skewers you with frank and shocking lyrics about murdering friends and adultery. The vivid lyrics catch you off guard and become quite memorable.
Each track has some kind of hook, something different. Swann’s breathed vocals on “Controls” draw you in; the theremin (at least I think it is a theremin) on “What Are You Gonna Do With Yourself” propels you further into Swann’s hazy world. The brittle warble of Swann’s voice on the quiet “The Kids Came By and Burned Down the Scene” contrasts with short flourishes of horns and swirling psychedelics.
Track 5, “General Rule,” cements Strange Prison as a must hear album for 2018. It is the catchiest song Astral Swans have recorded. It is up-tempo and groovy in its own jittery way. I keep playing it and “Blow Away” repeatedly.
Strange Prison boasts fine sequencing and is loaded with interesting and quirky songs. Each track has a charm to it. This album is an easy beginning to end listen. I may have keyed in a few tracks for repeated listens, but the real beauty and themes of Strange Prison reveal themselves as you listen to it as an entire album. It is an honest look at the artist and at humanity. This will surely be one of my top LPs for 2018. I am not going to stop listening to My Favorite Singers Are Willie Nelson, but I have a new favorite Astral Swans now.
Astral Swans Website
Astral Swans Facebook
Tiny Room Records
– Reviewed by Daniel Taylor