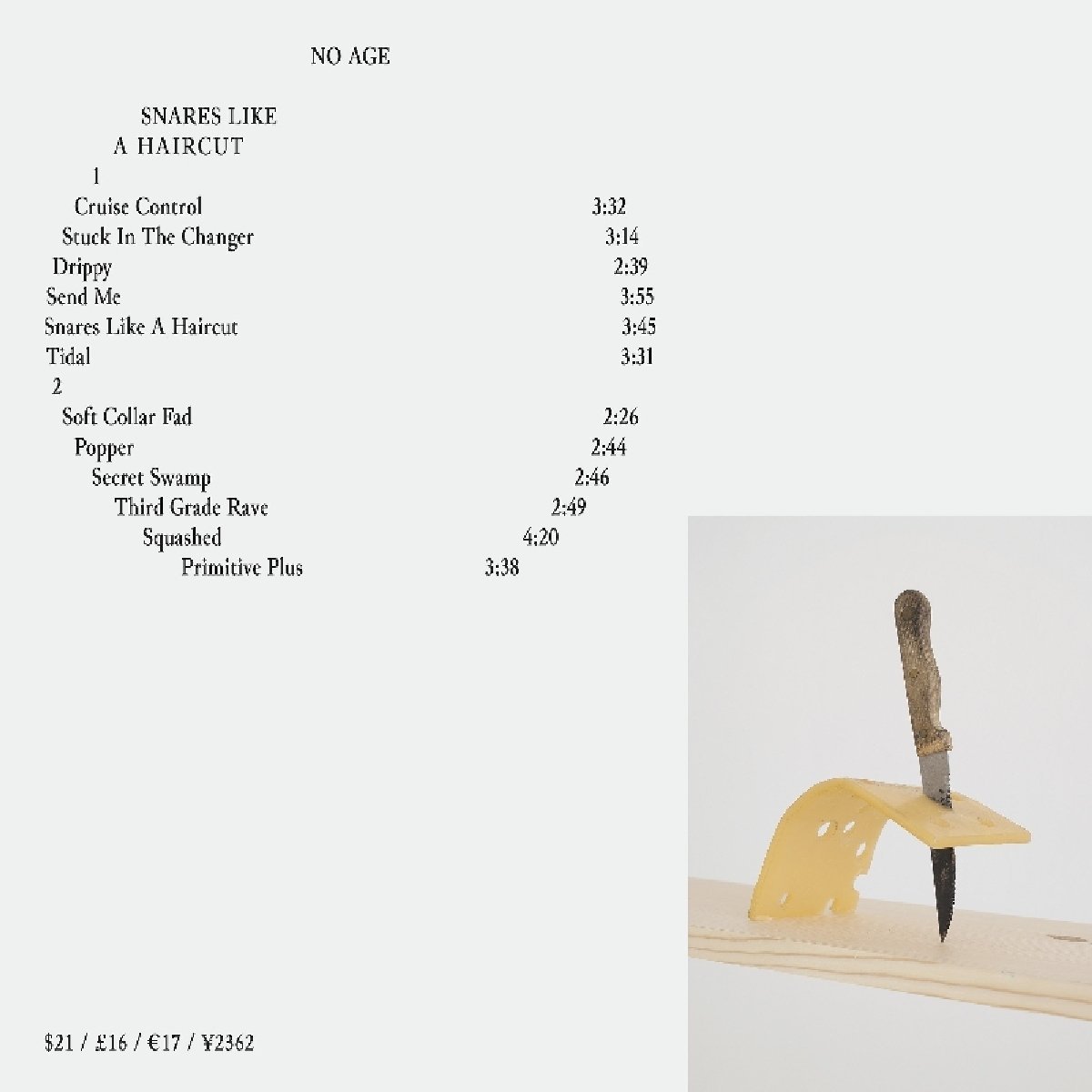 No Age
Snares Like A Haircut
Drag City Records [2018]

Fire Note Says: No Age hit the mark again.
Album Review: The last No Age album, An Object, was released five years ago. What I most appreciated about that album was the significant experimentation with noise and empty space. It was quiet and mellow, encouraging a curious and open approach to it.
The new album, Snares Like A Haircut, comes hard and fast. It took me off-guard as I was expecting something more like An Object. The sound is loud, propulsive, and to the point. The change was disorienting at first, but not in an unpleasant way. In fact, it was the right move considering the different directions that the LA-based duo could have taken.
About the title: you may ask, what does it mean? Well, it means exactly what it says. The title track comes after four near-perfect punk rock tracks. It has no lyrics, just drums and some other ambient noises. And the drums, they sound like scissors snipping. Or maybe a typewriter, but that probably wouldn’t have been as cool a title. The title track is another great example of track sequencing; it cleanses the palate for the clean second half of the LP.
No Age is a two-man project (Randy Randall and Dean Allen Spunt) and it’s refreshing that the album sounds like it. There aren’t layers of sound that the duo wouldn’t be able to perform in a concert. The production does throw in something extra every now and then, but it doesn’t distract from the drums and guitar, which are front and center for the album’s entirety.
Snares Like A Haircut is relentless until its final two tracks. Other than the aforementioned title track, it’s hard to catch your breath until the end. No Age returns with such ferocity that makes it all go by so fast. And then you want to strap in and do it all over again.
Key Tracks: “Tidal” / “Snares Like A Haircut” / “Cruise Control”
Artists With Similar Fire: Japandroids / Cloud Nothings / Ty Segall
No Age Website
No Age Facebook
Drag City Records
– Reviewed by Matthew Heiner

Moby: Everything Was Beautiful, And Nothing Hurt [Album Review]

The Friday Fire Track: Michael Rault – “I’ll Be There”