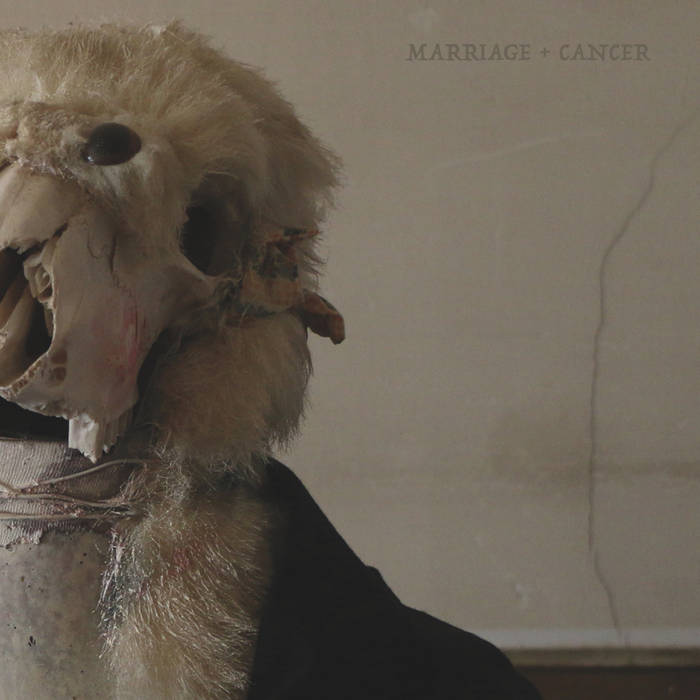 Who: Portland’s Marriage + Cancer continue to scald everything in their path with their caustic noise rock!
Sound: Uncompromising and brutal noise rock not unlike Jesus Lizard and In Utero-era Nirvana.
TFN Final Take: It’s been awhile since Marriage + Cancer’s last release, Killjoy. That 7” came out late 2015. Marriage + Cancer has since completed its transition from Robert Komet’s other band, Nucular Aminals to Marriage + Cancer.
That transition was not just a name change; it was a drastic shift from the quirky dour-pop of Aminals to the full on rage that Marriage + Cancer now embrace. Killjoy served as a bridge between the two sounds, but this new self-titled LP shows that Robert has crossed the bridge and now resides in state of perpetual noise-laden disdain and anger.
That is not a bad thing. I happen to be a big fan of brutal noise rock and this album certainly strikes a chord with me. I have heard a few of the tracks as demos over the past few years, even reviewed a few when Robert released them in 2016 as Demonstrations II EP. Four of those tracks made it to the new LP but they sound so much more rich and full.
“Command + Comply,” “God is Tan” and “Flora + Fauna” bask in higher level of production but the album’s best track, “Gound” really shines. Maybe it is because I can faintly hear a touch of Nucular Aminals in its faster tempo and thrashing riffs. If anything, it is the lone track that gives you a bit of a respite from consistently pummeling you will endure while listening to this LP. Kind of wish there was more of it in the album.
Marriage + Cancer deliver a punishing listen. That is what they set out to do and they do it with zeal. I still miss Nucular Aminals and I highly encourage listeners to check out their discography to go along with this new and exciting direction.