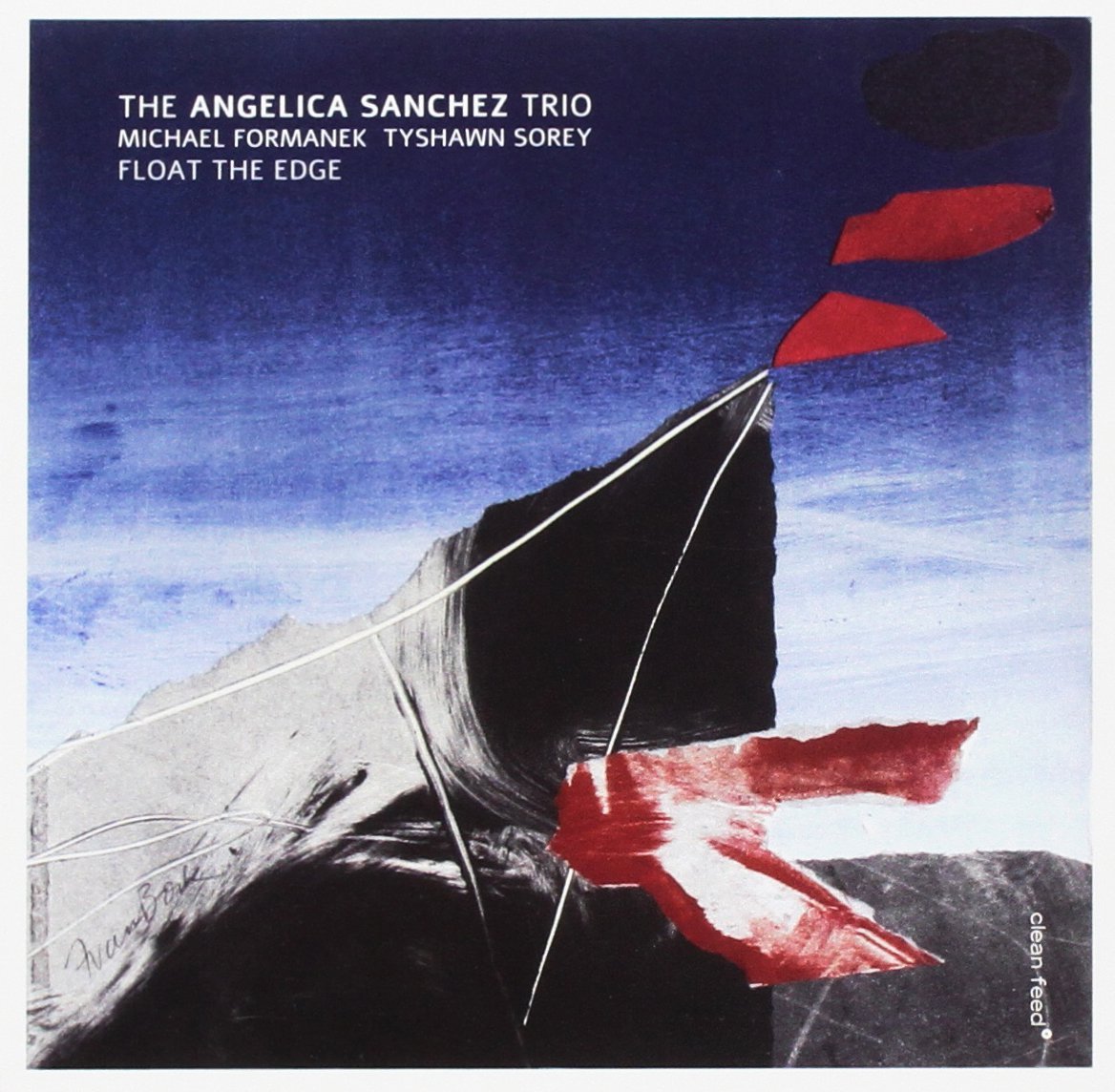 Fire Note Says: The Angelica Sanchez Trio’s 2017 release should not be missed.
Album Review: If there is a downside to the abundance of incredible musicians currently working and recording in jazz and improvised music, it’s that it can be hard to keep up. In a textbook example, your correspondent nearly missed the Angelica Sanchez Trio’s Float the Edge, which was released in March 2017. More embarrassingly, he had limited familiarity with Ms. Sanchez’s work, having only heard her contributions to Kris Davis’s terrific 2016 album Duopoly (Pyroclastic Records), in which pianist Kris Davis recorded two duets each with two guitarists (Bill Frisell and Julien Lage), two pianists (Ms. Sanchez and Craig Taborn), two drummers (Billy Drummond and Marcus Gilmore) and two horn players (Tim Berne on alto saxophone and Don Byron on clarinet). Upon recently coming across Float the Edge, it only took a glance at the virtuoso rhythm section of Tyshawn Sorey (drums) and Michael Formanek (bass) to understand that this was a piano trio worth checking out.
Ms. Sanchez and Co. do not disappoint, with a strong album of original compositions and free improvisations. This is lovely and sophisticated music. Ms. Sanchez has a deeply lyrical style, even during more “free” or atonal passages. Opener “Shapsico” sets the tone, with an adventurous but always melodic approach, and Ms. Sanchez’s block chords in the latter half of the tune recalling McCoy Tyner. Her composition “Pyramid” is not to be mistaken with the Modern Jazz Quartet tune of the same name, but its simple, understated melody recalls the elegance and restraint of John Lewis. This track also features an outstanding arco solo by Michael Formanek. “Sowf (Substance of We Feeling)”, one of the longest tracks on the album at just over 10 minutes, begins with a pizzicato intro from Mr. Formanek before the rest of the trio joins, with Mr. Sorey setting up a gentle groove underneath the main theme that dissolves into a free middle section, which in turn resolves into a section of 4/4 swing before returning to the theme. Free improvised piece Hypnagogic begins with the rhythm section creating a rumbling, creaking, wheezing field of sound. When the piano enters Ms. Sanchez’ phrasing feels both unexpected and inevitable.
The album closes on a high note with “Black Flutter”, the longest piece on the record. The name of the tune seems related to the avian theme of another song on the record, “What the Birds Tell Me”, but it might also call to mind the Andrew Hill album Black Fire from 1964. In any event, listeners searching for a point of reference for Ms. Sanchez’s musical approach might look to Andrew Hill or Paul Bley, two earlier pianists who did a lot of work near the line separating “free” music from more conventional jazz. There is great dynamic range in “Black Flutter”, from pianissimo piano phrases to a muscular drum solo from Mr. Sorey. In this tune and elsewhere throughout the album, Ms. Sanchez will sometimes linger over a repeated phrase or gesture, sounding out a variety of expressive possibilities before moving on to a new idea. It seems to be a strategy for letting the music breathe, and if so, it works. There is a lot of space in this music, and the performers work together so sensitively that the trio sometimes seems like a living organism. One hopes that the Angelica Sanchez trio will be recording together for years to come.
Key Tracks: “Shapsico” / “Hypnagogic” / “Black Flutter”
Artists With Similar Fire: Craig Taborn / Myra Melford / Andrew Hill / Paul Bley
The Angelica Sanchez Trio Website
Angelica Sanchez Facebook
Clean Feed Records
– Reviewed by Everett Wallace