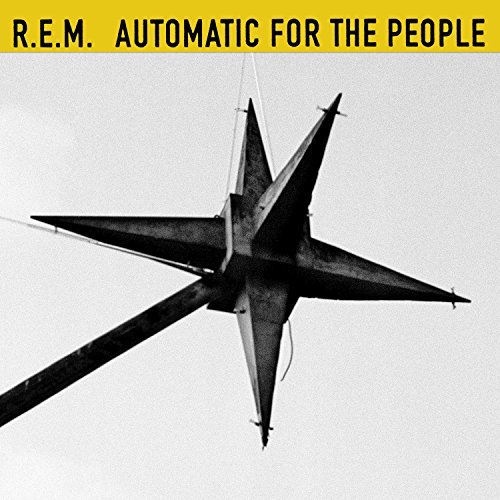 Fire Note Says: A masterpiece for all times!
Album Review: R.E.M.’s Automatic For the People is a masterpiece that gets a lot of love on its 25th anniversary. A live disc and 20 demos/outtakes accompany the original album. The extras are interesting and noteworthy; the live performances are nothing new for fans of the band but are still fun. The demos demonstrate R.E.M.’s process for song creation, which sheds light on how much of a team the band was. Everyone contributed, everyone took songwriting credits. This cohesion helped the band re-create their sound and diversify over 30 years.
R.E.M. means a lot to me. They helped me find new parts of myself that I never knew were there. And Automatic For The People was the first step in that process. R.E.M. is an authentic band. They were never the most technically gifted. Michael Stipe’s voice is by no means the strongest that music has ever seen; however, he can emit such a range of emotion that amazes me more and more as I grow older and listen to a lot of vocalists who don’t measure up in that regard. Any band that can release “Shiny Happy People” unironically is willing to take chances and to be genuine, no matter how uncool that is. R.E.M. was never anything but themselves.
I can still remember watching the video for “Everybody Hurts” the first time. I was aware of R.E.M. before then – I have memories of watching the video for “It’s The End of the World As We Know It” on Friday Night Videos. I wouldn’t have known what to do with myself with Youtube. “Stand” was cool, “Losing My Religion” was popular but I didn’t understand why. But “Everybody Hurts” struck the 14-year-old version of me to the core. The video was so striking. The subtitles; the traffic; the inclusivity. For a video that’s 25 years old it’s amazing the diversity of the characters that it contains.
The feelings I have as I listen to Automatic For The People are those of sadness and hope. There are pained characters throughout the album who are dealing with questions of mortality and loss. Of the cost of being genuine. Of how to make a difference when the system is stacked against you. I respect that there is no hiding from these difficulties, and R.E.M. pulls no punches. And that makes the album’s last three songs all the more impactful.
“Man On The Moon” celebrates a man who subverted social conventions. I can understand why Andy Kaufmann was so celebrated by the band. “Nightswimming” is so rich with nostalgia. Sometimes Stipe’s lyrics (and vocals) were so obtuse it made me wonder if they meant anything at all. Not so with this song. Stipe paints such a vivid picture with such clear vocals, he puts you right there with him. The arrangement, consisting of strings and piano, doesn’t sound like a rock band. And it doesn’t matter. My favorite line is the simple “Pining for the moon.” Just the delivery of that one line is perfect. It encompasses what R.E.M. does so well.
“Strength and courage overrides the privileged and weary eyes.” That line from the album closer “Find The River” shows audacity in the face of life not going our way. And that’s the theme for Automatic For The People. Life is challenging and wearisome and brilliant and heartbreaking. It comes to an end. We spend most of our lives trying to escape that reality. R.E.M. found a gentle way of encouraging us to grapple with our condition, hoping that it would lead to greater kindness and peace. It’s a message we’ll always need.
R.E.M. Website
R.E.M. Facebook
Craft Recordings
– Reviewed by Matthew Heiner