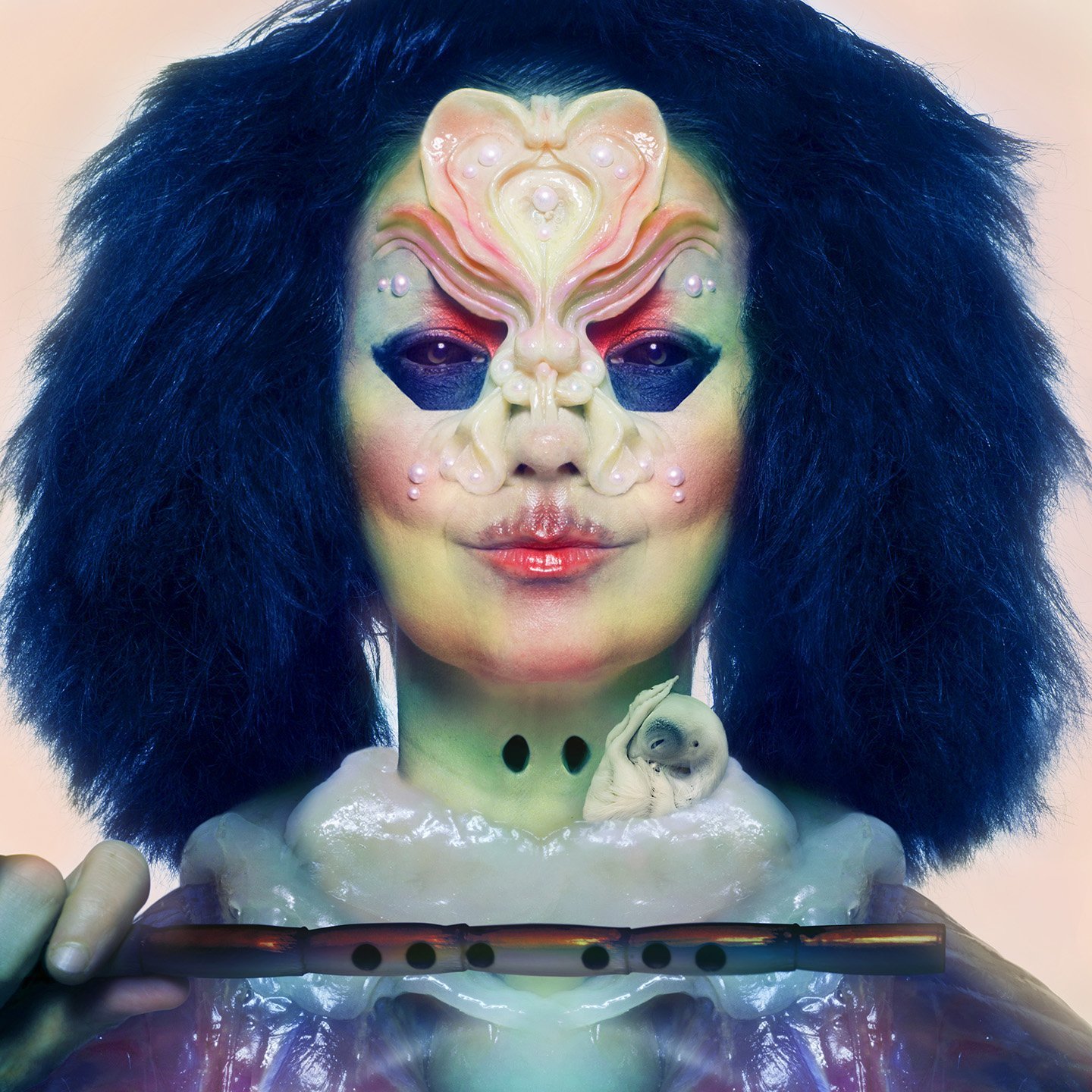 Fire Note Says: While highly recommended, Björk’s tenth album is still a challenging listen.
Album Review: Listening to the latest from Icelandic chanteuse Björk, can feel like stepping through the curtain to enter an audio/visual piece at the Museum of Modern Art in NYC. At first it can feel jarring, disorienting as the music pulses with what may seem at times like several different pieces of electronic music at once, and perhaps a recording of bird sounds and the occasional appearance of a string chamber orchestra, or a vocal choir. So, it’s only natural that MoMA hosted a career retrospective look at Björk’s recording output back in the Spring of 2015, which included a film room running films of videos for “Black Lake,” “Stonemilker” and “Lionsong” from that year’s romance haunted release, Vulnicura.
Björk has described Vulnicura as her heartbreak album, and the tormented feel in the music was an expression of the hell of divorce, and lost love. With her new one, Utopia, she intends to give voice to the very opposite experience, that of paradise, and while Vulnicura dealt with a very personal loss, in the music of Utopia she seeks to celebrate the more universal feelings of love in creation/nature, human contact and community. Working again with Venezuelan producer Acra, Björk fills the aural canvas with an unusual musical journey, that would be jarring to someone expecting anything resembling a pop music experience.
While highly recommended, Björk’s tenth album is still a challenging listen, requiring a commitment to lean into the experience. Background music this is not. While songs like “Saint,” “Tabula Rasa” and the title track are delivered in a rather straight-forward fashion, the denser selections like the lengthy “Body Memory” can require repeated effort to get to get a bit of a handle on. The pay-off comes in moments of seemingly random beauty, amid orchestral juxtapositions designed to extend your senses. Dive in.
Key Tracks: “Future Forever” / “Features Creatures” / “Utopia”
Artists With Similar Fire: The Sugarcubes / Laurie Anderson / St. Vincent
Björk Website
Björk Facebook
One Little Indian Records
– Reviewed by Brian Q. Newcomb