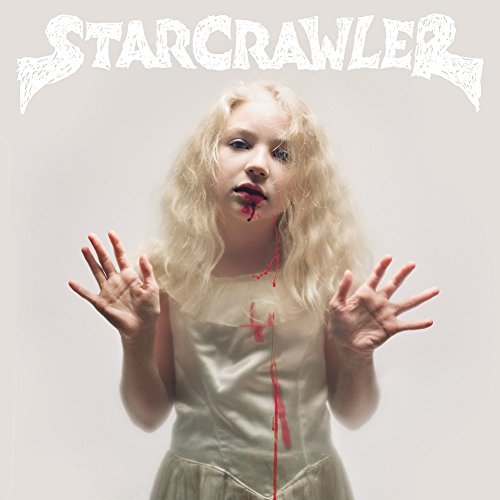 Who: Starcrawler are a 4-piece band from Los Angeles California and their self-titled debut was produced by Ryan Adams. The members are lead vocalist Arrow de Wilde, guitarist Henri Cash, drummer Austin Smith and bassist Tim Franco. The youngest member is 16 and the oldest is 22.
Sound: Starcrawler give you an unpolished rock n roll bash that goes back to the times of the Cramps or Runaways with a 90’s alternative edge like early Hole or L7.
TFN Final Take: Starcrawler’s debut will take you back to a time when rock was simple. Big guitars, big riffs, big lead vocals and plenty of attitude. This young group has all of those components and seriously turn up the volume dial. In a time when hip-hop and electronic groups are surging, Starcrawler is a complete throwback and at this point almost anti-commercial.
Starcrawler will not only have you thinking Stooges but possibly Alice Cooper. The care free attitude is here but lead singer Arrow de Wilde is bigger than the record and she shines on every track while the guitar and drums pulse a classic sound in every good way you can imagine. With swagger songs like “Pussy Tower” and “Chicken Woman” that are in your face lyrically, big rockers such as “Let Her Be” and “Different Angles” and the power ballad “Tears” near the end of the album, Starcrawler check off all the rock clichés in a good way.
For those that know producer Ryan Adams beyond his mostly roots rock catalog know that he is into classic pinball machines and Iron Maiden. It is no surprise he is involved with Starcrawler as they seem like the band he would front if he had a chance to do it all over again. What I liked about Starcrawler is that the album is under 30 minutes and one spin of “I Love LA” will give you the picture with its guitar solo, pounding drums and memorable chorus that will have you thinking Southern California before you can hit replay. Starcrawler will rock you!
Starcrawler Website
Starcrawler Facebook
Rough Trade
– Reviewed by Thomas Wilde