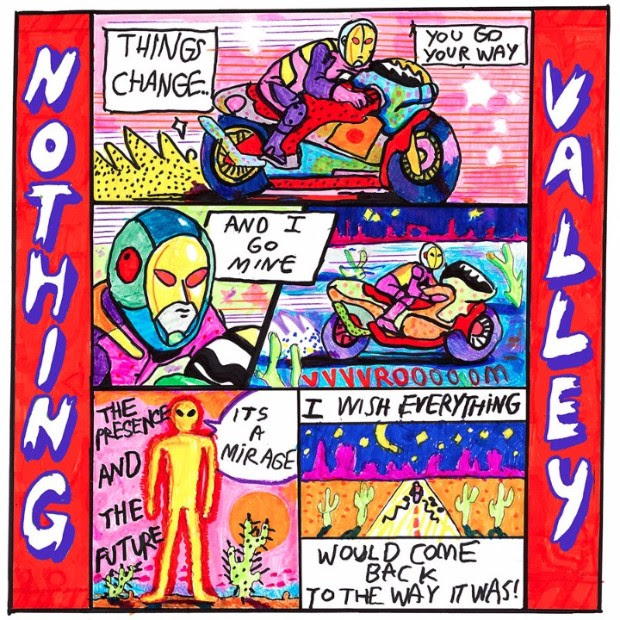 Who: Chicago quartet Melkbelly, comprised of Miranda Winters (vocals/guitar), brothers Bart (guitar) and Liam Winters (bass), and James Wetzel (drums)’ have just released their debut album, Nothing Valley, on Wax Nine Records, a sister label to Carpark Records headed by Sadie Dupuis of Speedy Ortiz.
Sound: Melkbelly give you a different slice of indie rock that combines noise rock with free jazz drums that is a wicked combination of Breeders, Boredoms and Black Sabbath.
TFN Final Take: First off, vocalist/guitarist Miranda Winters has a super similar voice to Kim Deal (Breeders, Pixies) and honestly if you told people Melkbelly was a new Deal project, they would believe you. In my book, that is all you need to say, so I am sold. The other big factor here is that Melkbelly is the inaugural release of Wax Nine Records which is headed by Sadie Dupuis of Speedy Ortiz. Another plus, as Melkbelly opened for Speedy on tour so Dupuis had a first-hand look at this exciting band on the road.
What I like most about Melkbelly is their explosiveness. On “Cawthra” you get a very quiet soft spoken lyric from Winters before the band unleashes a holy hell driving riff that takes over as the strength of Winters chops pushes through the surface. Like the Breeders style, you will also hear the distortion of Sonic Youth creeping in on songs like “Kid Kreative” as once again the song simmers to a boil and is certainly one of Nothing Valley’s highlights. Overall, Melkbelly provide something fresh that definitely is built from a solid historic underground musical base. The group specializes and succeeds with quick tempo shifts, Winters wide vocal range, and the ability to turn a song on its head with a muscular blitz. If you are looking for a shot of new indie music – Nothing Valley is your stop!