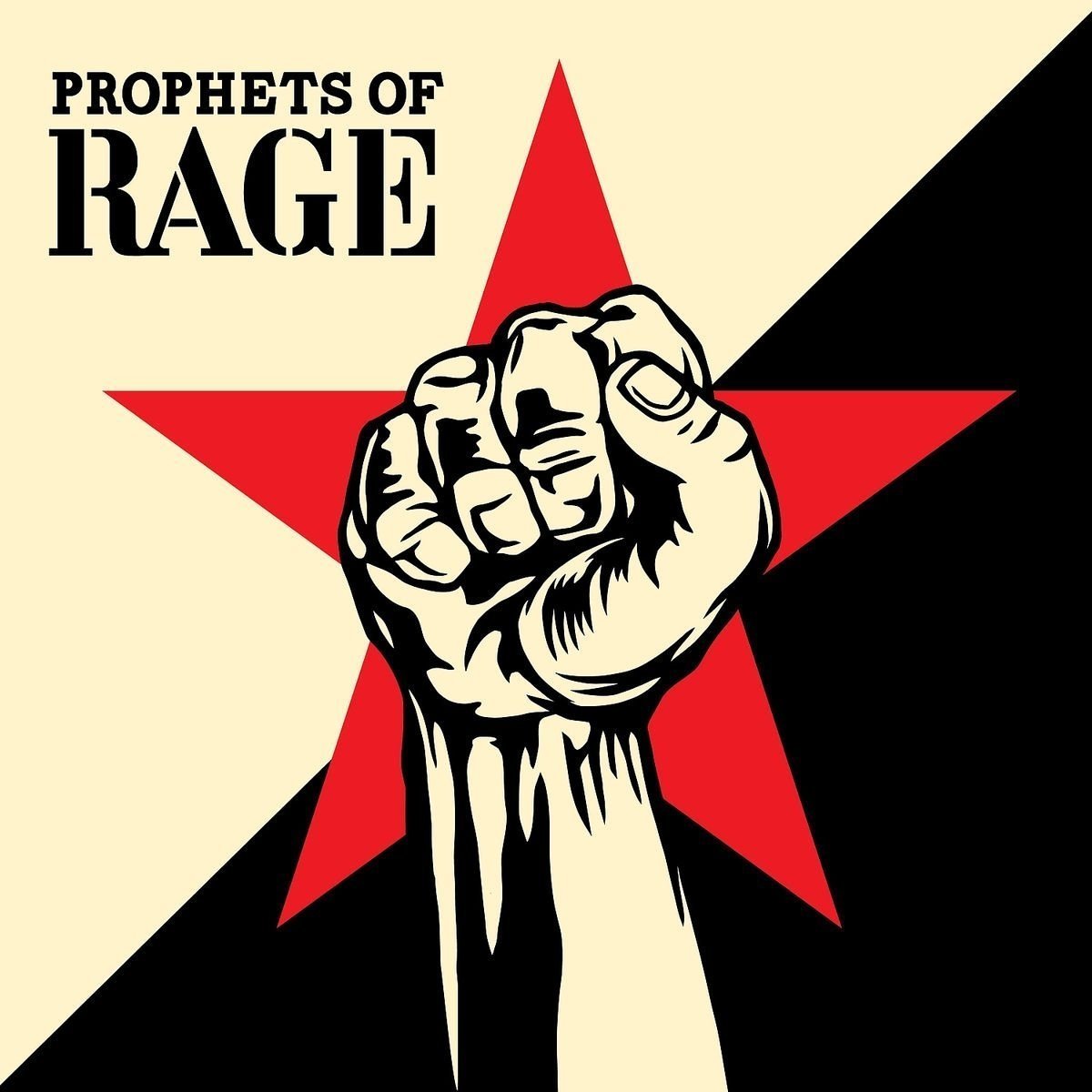 Fire Note Says: This rap/rock supergroup converts the live energy and potent political lyrics of their past works into new rage-filled music for these challenging times.
Album Review: One of the best live tours in the Fall of last year’s election season was the collaboration of the three instrumentalists of Rage Against the Machine and Audioslave – guitarist extraordinaire, Tom Morello and the powerful rhythm section of Tim Commerford (bass) and Brad Wilk (drums) – with veteran hip-hop giants Chuck D and DJ Lord of Public Enemy and B-Real of Cypress Hill. The “Make America Rage Again” tour benefited from the strong catalogs of the three bands that fed this union, plus their self-titled EP, which featured “The Party’s Over” and the song that gave the band it’s name, “Prophets of Rage,” a reworking of the PE anthem that appeared on the classic It Takes a Nation of Millions to Hold Us Back.
Now on the band’s full-length debut, they are back to restore power to the people. As they proclaim in the opening track, the are radicalized because they see the world through “Radical Eyes.” In “Hail to the Chief” they hold the powers that be to blame for racism and suffering, a “thief” coming to “cease peace.” “Who Owns Who” and “Hands Up” line up with the agenda of the Black Lives Matter movement, while “Living on the 110” addresses poverty and politician’s false caring and hypocrisy.
“Legalize Me” addresses a host of problems, and seeks empowerment, and no doubt legalized weed, while “Take Me Higher” challenges the use of drones. It’s no surprise some respond with violence, in “Fired a Shot” and “Smashit,” but the real answer these Prophets want to deliver is that there’s “Strength in Numbers,” and it’s time to unify to “Unfuck the World.” 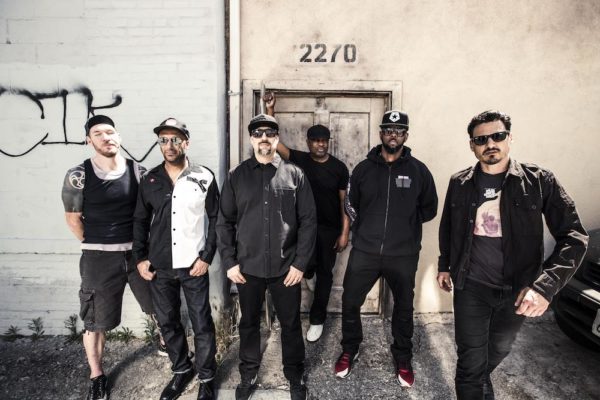 Musically, these Prophets of Rage are going to feel a bit like a one trick pony – all Nu-Metal riffs and rap vocals in the vein of RATM – but it’s pretty cool trick, and fun too. Morello is one of the most inventive rock guitarists working today, working out how to play hip-hop sounds on his guitar long before he was working with a vinyl jockey as talented as DJ Lord, who shines most on “Hail to the Chief” and “Strength In Numbers.” But it’s really Morello’s guitar that sets the tone, creating the big metal riffs that give the songs their hook, when he breaks loose on solos he’s a very inventive and entertaining player. Of course Wilk and Commerford are dealing out serious, hard rockin’ rhythms, and the rest comes down to Chuck D and B-Real who are talented veterans who sound like they’ve been wanting to do something this raw, rocking and loud for a long time.
In a world where we’re talking about potential nuclear war one minute, racist Nazi’s marching in the streets of America, mass shootings and continuous efforts to take healthcare and benefits from the poor, it’s no surprise this crew is ready to Make America Rage Again. And, frankly, it’s a welcome voice.
Key Tracks: “Living on the 110” / “Legalize Me” / “Hail to the Chief”
Artists With Similar Fire: Rage Against the Machine / Linkin Park / Beastie Boys
Prophets Of Rage Website
Prophets Of Rage Facebook
Fantasy Records
– Reviewed by Brian Q. Newcomb