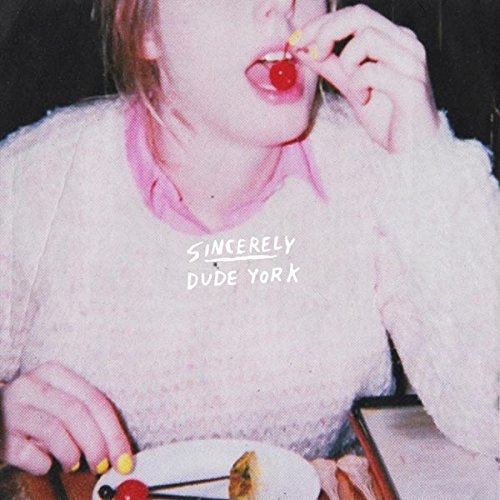 Who: Dude York is a three-piece band (Peter Richards, Claire England, Andrew Hall) from Seattle.
Sound: Power pop with a punk rock twist.
TFN Final Take: There is a lot to like with Dude York’s debut LP, Sincerely. Two elements really work: the band’s use of tempo to keep you off balance and the straightforward lyrics that are also relatable. The lyrics shine on album closer “Time’s Not On My Side,” a more reflective song than anything that precedes it. In terms of the pop sensibilities that mark the rest of the songs, “Life Worth Living Pt. 2” has both irresistible hooks and harmonies. Dude York also embraces the concept of the album with various interludes that break up the propulsive tracks. Holding the album back somewhat is a sense of familiarity with the sound and pace. Tweaking either of those could have led to a debut album that made more of an overall impression.
Dude York Website
Dude York Facebook
Hardly Art Records
– Reviewed by Matthew Heiner