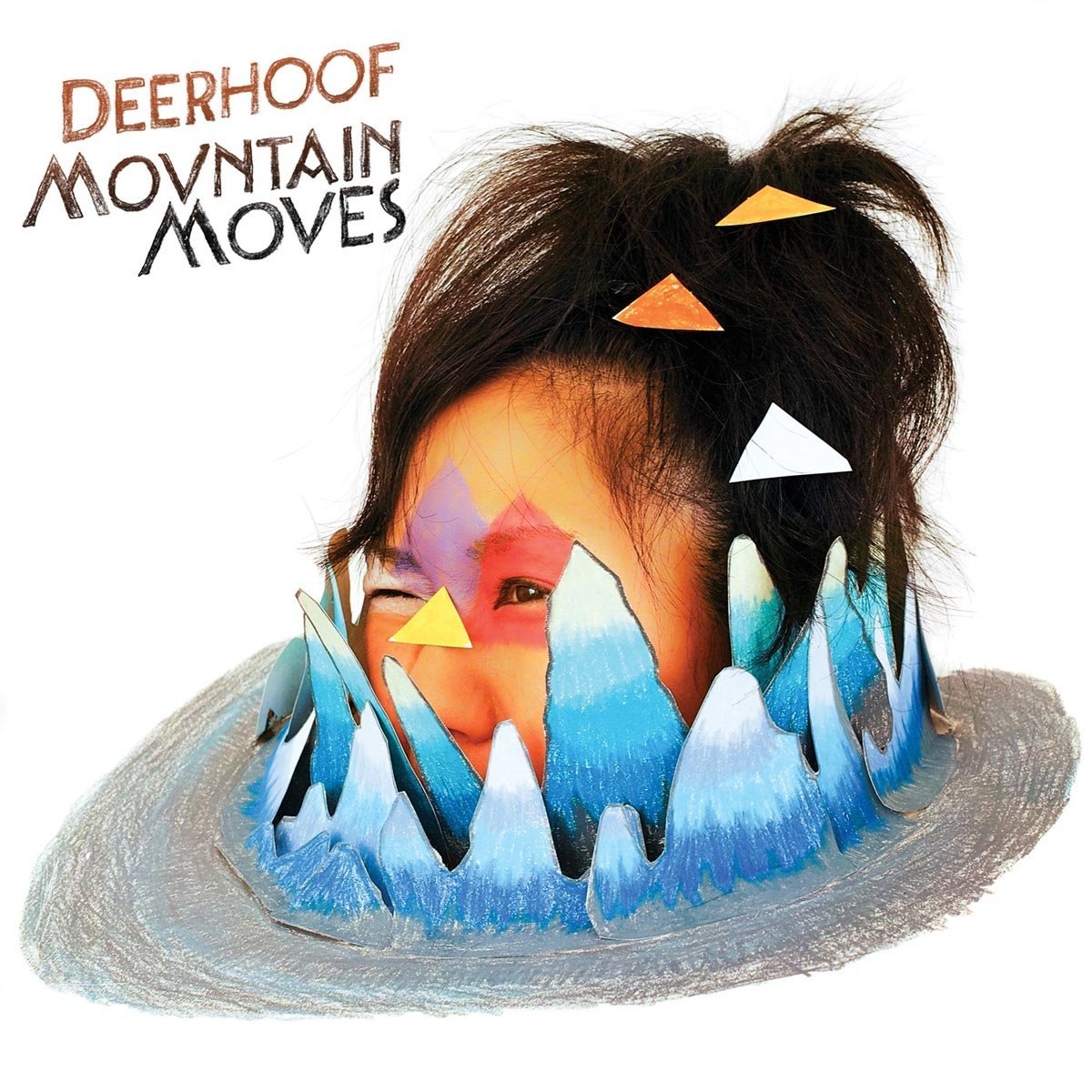 Fire Note Says: The more things change the more Deerhoof stay kind of the same.
Album Review: The headline above should in no way be read as a slight against the seminal noise-pop pioneers. In the twenty years since their first album, Deerhoof has been one of the most consistently brave and gloriously unhinged band ever. Their angular, unsettling take on pop music has evolved over the years from the child-like twee of earlier records to the full blown wrecking crew they are today. They twist and distort genres only to grind them up again before serving up platters of unique beauty and brutal dysfunction. Now the band embark on a new chapter in their storied career, one titled “Artist In Residence.” Through a deal with Joyful Noise, Deerhoof is working on projects with Death Grips (as Nervous Cop) and four others as well as a couple of split LP’s. The first fruit of this arrangement is Mountain Moves, the band’s fourteenth album and its most overtly political. It is also their most inclusive as it finds them collaborating with a wide array of diverse artists and even boasts three cover songs. All of this is new territory for the insular group but for all the new voices heard on Mountain Moves it is still Deerhoof through and through.
Going through the list of guest artists at first it seems somewhat haphazard: Juana Molina (Argentinian folktronica), Awkwafina (from MTV’s Girl Code), Anti- recording artist Xenia Rubinos, Wye Oak’s Jenn Wasner, Laetitia Sadier from Stereolab. and so on. Not all of these efforts pay off but when they do it acts to broaden Deerhoof’s sonic toolbox. The best example of that is “I WIll Spite Survive” with Jenn Wasner. Her voice adds a very nice contrast to Satomi Matsuzaki’s. The next track, the funky “Come Down Here & Say That”, utilizes Laetitia Saedier in similar fashion. The biggest complaint people have about this group is Matsuzaki’s odd vocal delivery so with all these new timbres added to the mix that old argument has been diluted. Jazz player Mantana Roberts adds her sax to the title track and it’s jarring to hear that instrument on a Deerhoof LP but the marriage works perfectly. Not so the rapping from Awkwafina on “Your Dystopic Creation Doesn’t Fear You” which sounds out of place and more than a little forced. Luckily her rhymes only occupy the first minute of the song. Also a bit odd (and telling) are the choices of cover songs: A Chilean folk song, “Freedom Highway” by The Staple Singers and Bob Marley’s “Small Axe.” All three combined only amount to four minutes but though short, they are carefully placed in the track listing to maximum effect. 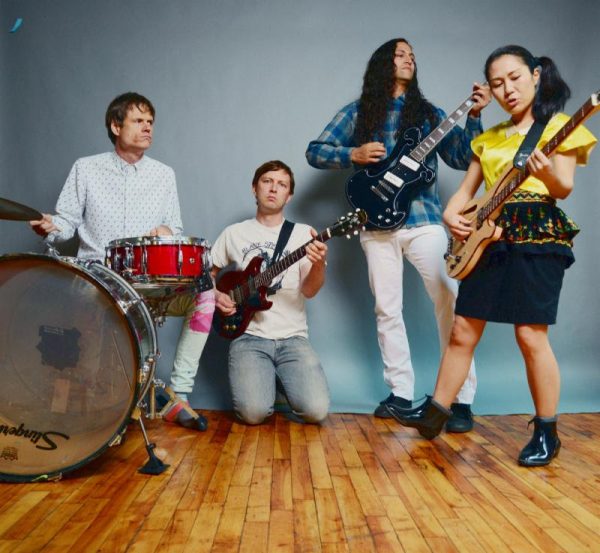 With all of this going on the band starts to lose its footing about midway through. Most Deerhoof albums are quite front-loaded so this comes as no surprise. But they pull a rabbit out of their collective hat with the penultimate song “Kokoye.” It’s the best thing here and perhaps their most engaging track since “Matchbook Seeks Maniac” from 2007 masterpiece Friend Opportunity. The old East meets West trick works every time Deerhoof attempt it. The simplistic, repetitive melodies floating above rounded, modal chord progressions never gets old. And as the last notes of “Small Axe” brings Mountain Moves to a gentle conclusion you have to give it to them: this is one band that never disappoints. They have broken so many rules, so many barriers that it would be easy for them to rest on their laurels. But as evidenced by the fact that this record was released two weeks early as a “Name Your Price” item on their Bandcamp page in order to raise money for a charity they feel strongly about (The Emergent Fund), Deerhoof refuse to go quietly in the night. Trump’s election has them fired up. And an energized Deerhoof is nothing to trifle with. The statement is clear: the power of music can defeat the voices of hatred and intolerance. We are all in this together. We couldn’t ask for better ambassadors.
Key Tracks: “I Will Spite Survive” / “Come Down Here & Say That” / “Kokoye”
Artists With Similar Fire: Blonde Redhead / Dirty Projectors / Hella