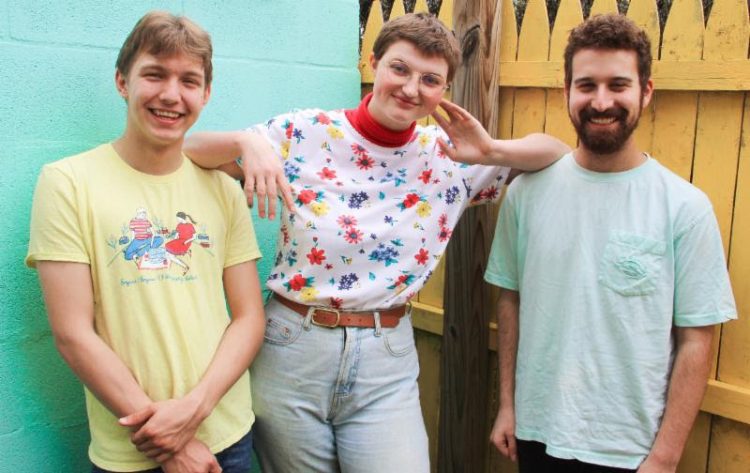 Philadelphia, PA’s Tall Friend began as Charlie Pfaff’s solo project in the summer of 2014. In 2015, close friend Cale Cuellar joined in as a second guitarist and the two played shows around Washington, DC for several months before drummer Jesse Paller joined the band. As a trio, they released Tall Friend’s semi-self-titled Tawl Friend EP. That EP was only the beginning as the band will release their full length debut, Safely Nobody’s, on August 11th via Exploding In Sound Records.
Today’s Friday Fire Track, “Small Space,” is from the debut and will grab you immediately with its intimate indie charm. The lyrics contain true emotion, as Pfaff effortlessly delivers line after line and the intricate guitar strum just moves the track along like a wave rolling out to sea. Not too fast but not too slow. If you appreciate artists like Vagabon, Frankie Cosmos, Thao and Mitski then I would say Tall Friend will be your new favorite. Enjoy your Friday!