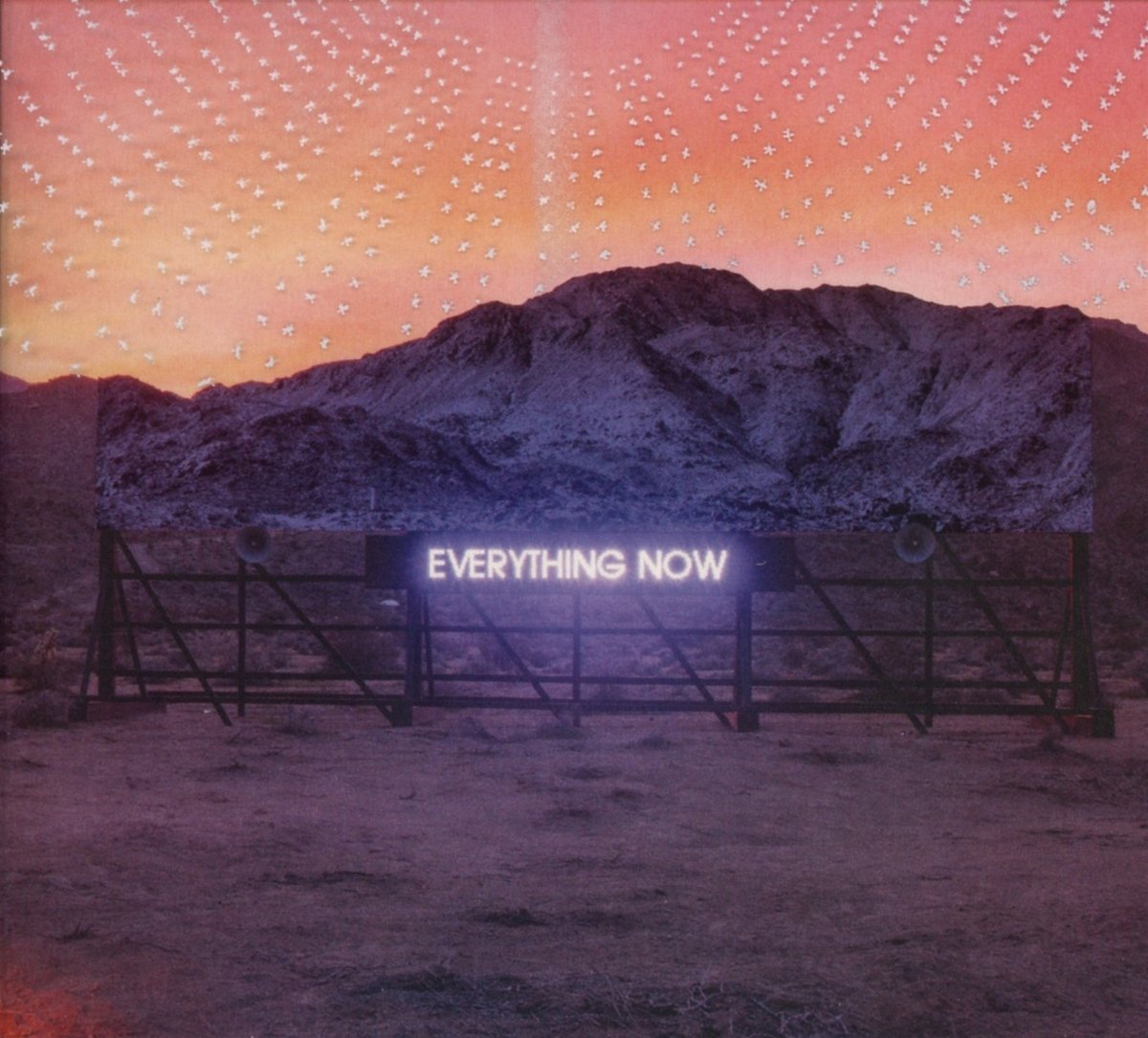 Fire Note Says: Arcade Fire beat to their own drum.
Album Review: You probably think the new Arcade Fire sucks, right? Why wouldn’t you? It has been panned by multiple respected publications and seems to be everyone’s new favorite punching bag. It still was the number one record in the country this week, if that means anything anymore, but I was somewhat surprised because I didn’t think Arcade Fire were at that level with the masses and early bad press never does well for sales.
At this point you might be wondering why I have given this record a 3/5 vs. a 1 or 1.5? I am sure many of my colleges would quickly assign the lower score (then the review also wouldn’t ever be posted because TFN doesn’t spend time on panning records!) but I purposely sat with this record for a while and gave it multiple listens before I made my final decision. If you are a person that rightfully adores Funeral (2004) and Neon Bible (2007) but never liked Arcade Fire’s transition into Reflektor (2013) then don’t even bother with Everything Now because Arcade Fire is not there with you. No mood or open mind will have you liking this record. I that is just the way it is.
After hitting more of the dance floor in Reflektor, Everything Now continues a shake to the beats direction and gives you an Arcade Fire new wave festival. The title track is grandiose from all angles, from the groovy beats to the keys to the chorus. The song also introduces the listener to the theme of the record, which is to disconnect from our reliance on technology, releasing our addiction to consumerism and enjoying the moment versus striving for it. This is a big concept and I will tell you upfront that Everything Now suffers because of it. Too many times throughout the record, Win Butler comes off as a preacher instead of a teacher. This may rub the listener the wrong way as you question – who the hell is this guy telling me what I am doing wrong? If you overcome these sometime intrusive in your face lyrical moments then Everything Now is much more fun. I also believe that is what Arcade Fire had in mind but too many times trying to drive a message for artistic purpose can make a group lose the joy of just making rousing music. 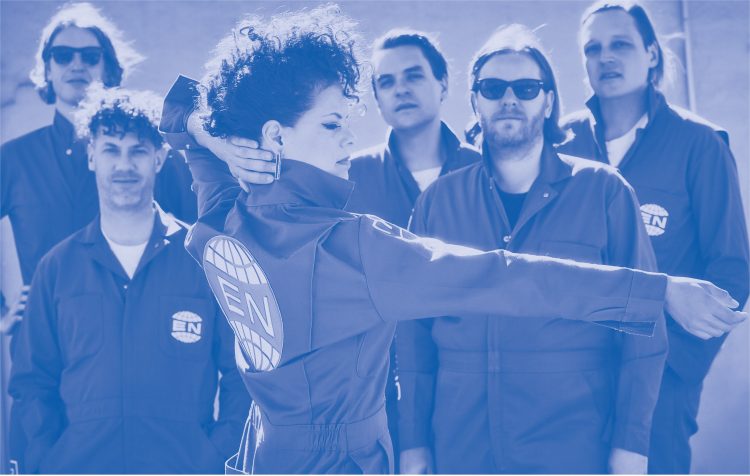 As much as I enjoy the indie scene and early Arcade Fire, I see that style of music taking a backseat to more danceable cross over acts today like Future Islands, Walk The Moon, Haim and Daft Punk. Arcade Fire has made that leap and is happy making everyone move. Have they perfected that groove yet? No, but this extremely talented band have not made the stinker you might think. Besides the title track, the Régine Chassagne lead “Electric Blue” will stick in your head, as well as the slow brooding second to last track, “We Don’t Deserve Love.” I also think over time and repeat plays, the more upbeat tracks like “Creature Comfort,” “Chemistry” and “Infinite Content” not only will be memorable but will play great live.
Everything Now is definitely Arcade Fire’s Pop (1997). U2 tried so hard to move their fan base and style into a different genre on that album but ultimately it just didn’t work. It was adventurous and risky but it never had enough of the early U2 mojo to stick. Arcade Fire have done a similar move with Everything Now. They are a career band that will have some misses along the way or in the case of Everything Now – just an ok outing. Everyone expects greatness from Arcade Fire and sometimes they just won’t be able to meet that standard for all their fans – or critics. However, I like that they don’t care and make music that they want to make. I also think that this band will eventually shift back to the sounds that made them famous. That is why Everything Now is still important and should not be completely dismissed even though it may not strike the same similar nerve nor ever be listed as one of their best records. What I do say to people that don’t enjoy anything on Everything Now is not to worry because sooner or later, Arcade Fire will be back in your groove.
Key Tracks: “Everything Now” / “Electric Blue” / “We Don’t Deserve Love”
Artists With Similar Fire: ABBA / U2 / Future Islands
Arcade Fire Website
Arcade Fire Facebook
Columbia Records
– Reviewed by Thomas Wilde