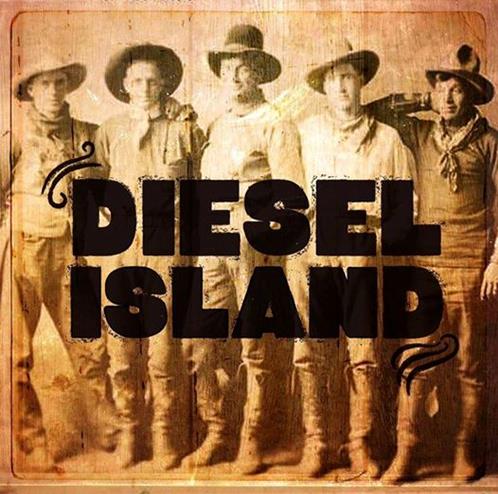 Fire Note Says: St. Louis country cover band delivers an album of originals that stand-up alongside their take on Johnny Cash and Merle Haggard.
Album Review: For some ridiculous reason, I find it impossible to discuss authentic, old school country music without telling two jokes. A city dweller assuming the worse asks his rural cousin what kind of music he enjoys, and the cousin sensing condescension states: “I like both kinds. Country & Western.” The other is that some folk believe that if you play Ozzy Osborne records backwards you can hear subliminal messages to Satan, so a country music fan played her records backwards and she got her boyfriend back, got her dog back, got her truck back… and so on.
Part of the problem for folk my age is that for some the earliest exposure we had to country music was through TV shows like “Hee Haw,” a corny, version of “Laugh In” that featured folk from Nashville’s Grand Ole Opry. No matter how talented the players and songwriters may have been, and Buck Owens and Roy Clark and many of their guests were first class musicians, their “pickin’ & grinin’” may have come from world-class virtuosos but it got labeled as pure cornpone silliness. So, for lots of rock & rollers (some of us with closed minds), it took recordings by Uncle Tupelo or an interview with Steve Earle to find our way back to music by the Louvin’ Bros. and Townes Van Zandt; Dire Straits guitarist Mark Knopfler teaming up with Emmylou Harris or Bob Dylan duetting with Johnny Cash for us to find our way to outlaw country artists like Waylon Jennings, Willie Nelson, Merle Haggard, and a whole lot more.
Way back in 2004, Diesel Island came together to serve up classic country music in bars and clubs around St. Louis on the weekends, bringing together players who had been working in and around the live music scene for years: Kip Loui on guitar and vocals, Carl Pandolfi on piano, keys and vocals, Brian Henneman (from Bloodshot Records’ The Bottle Rockets) on lead guitar, Richard Tralles on upright bass and vocals, and Spencer Marquart on drums and vocal harmonies.
After all these years, they have finally come together around 12 originals written in the spirit and tone of the artists and songs they cover in most of their sets, and they manage to strike a delicate balance between saluting their chosen genre, and their ability to have fun within its boundaries without succumbing to parody and ironic distance. There’s a true sense of homage at work in their fun compositions that lift up some of the format’s clichés: “By Baby Left Me On a Train,” “Poor Me,” and “Pay My Bills,” but they appear to painstakingly avoid mocking the very music that is their bread & butter, by not biting the very hand that feeds them. 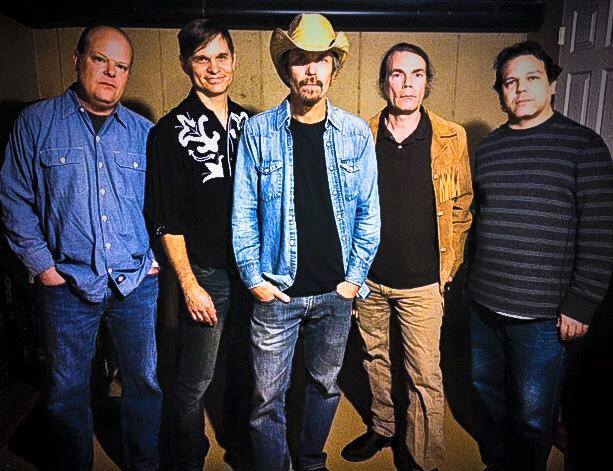 Which doesn’t mean they won’t make fun of their unique place in the world, as they do in “Gonna Be Along Night.” They bemoan their gig playing in a sports bar in a strip mall, where some guy requests something by new country artist, “when all our songs are old.” With female wrestling playing on the television sets hung above the stage, they “play them our Merle Haggard, play them our George Jones, but even Johnny Cash cannot distract them from their phones.”
While they may not take themselves too seriously, thankfully, Diesel Island takes the music very seriously. For instance, Henneman, whose guitar work in his main band (where he sings lead) often reveals his rocking influences: Neil Young, Lynyrd Skynyrd and all points in between, has honed a sound here that has just the right amount of twang, and serves up the melody in economic bursts, sharing the instrumental breaks with Pandolfi’s honky-tonk flavored piano chops. All the material is written by Loui, Pandolfi and Tralles, who each sing lead on their own songs, that echo the themes of their musical heroes. And they do this without succumbing to the temptation to Eagles-ize their country leanings, they manage to stay true to form without bending it to a more rock-friendly sound.
“When I Write My Number One” is a classic take on every songwriter’s fantasy of producing that life changing hit song, “Loser’s Rendezvous” acknowledges the sense of loneliness and longing to connect that brings folk out to the places they play their shows, while “Poor Me,” “I’m Going Away,” and “I Created a Need,” a song about addiction, deliver on standard country music tropes, without a mean or false spirit. Diesel Island’s best known live songs may be their covers of Cash, Haggard and Jones, but they’ve stepped up with a collection of originals that can hold their own among this legendary company. And that’s no small feat.
Key Tracks: “When I Write My Number One” / “Gonna Be a Long Night” / “Pay My Bills”
Artists With Similar Fire: Hank Williams (Senior) / Townes Van Zandt / Jason Isbell
Diesel Island Facebook
Euclid Records
– Reviewed by Brian Q. Newcomb

En Route: Then Is A Song [Album Review]