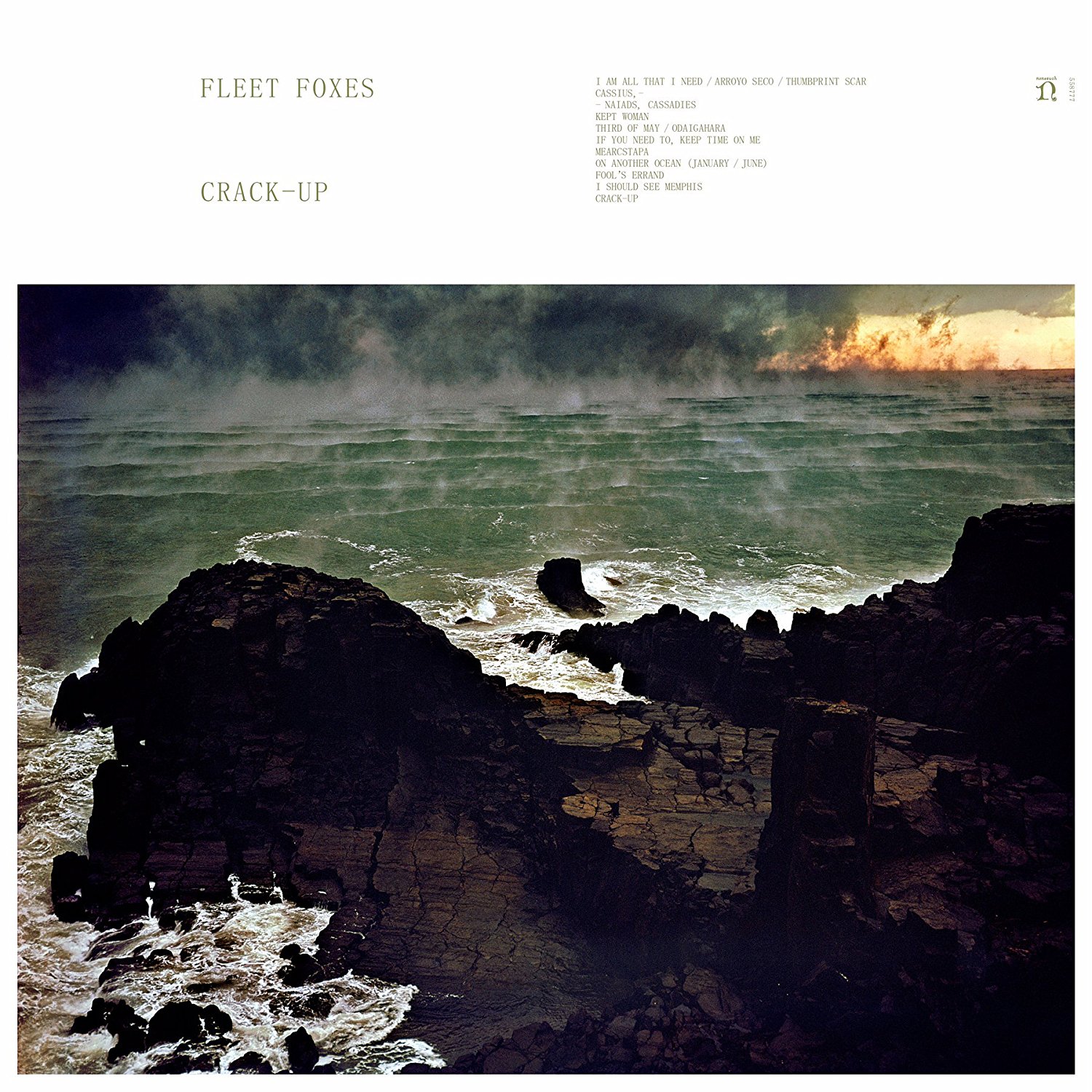 Fire Note Says: Fleet Foxes go through artistic growth on Crack-Up.
Album Review: Remember back to hazy, crazy days of the summer of 2008, when people were listening to folk music again, and we all fell in love with an indie act from Seattle that was leading the pack with their strong vocal harmonies and catch folk pop songs? Younger fans were intrigued with the new sounds that old fans were sure weren’t all that new, and their first two albums found Fleet Foxes compared favorably to Crosby, Stills & Nash, Simon & Garfunkel, and The Beach Boys, while finding common cause among the likes of Sufjan Stevens, Bon Iver, Iron & Wine and Mumford & Sons. Then, there was a second album and tour, but soon principle composer and band leader Robin Pecknold went off to New York for college, drummer Josh Tillman turned into Father John Misty, and in the mean time it’s been pretty much radio silence.
Although it’s been 6 years since the last record by Fleet Foxes, in some ways Pecknold & Co. have come back to the place where the band left off. But that’s not the whole story, there’s a significant change of focus musically, an attempt to stretch out beyond the predictable patterns and formulas of previous outings. Pecknold has regrouped the band around a concept borrowed from one of literature’s great fiction writers, F. Scott Fitzgerald.
In an essay printed in 1936, titled “Crack-Up,” Fitzgerald suggested that the “test of a first-rate intelligence is the ability to hold two opposed ideas in the mind at the same time.” Now, it’s obvious that Pecknold has a first rate intelligence, as witnessed in the complex emotions and literate language in his songs from the beginning. This time, borrowing the concept (and the title) from Fitzgerald, Pecknold has shaped this third album from Fleet Foxes around their recognizable folk song formula enriched by their trademark lush vocal harmonies and juxtaposed them against more discordant musical interruptions.
Remember how “The Shrine/Argument” from Helplessness Blues (2011) dissolved into the noisy jazz jam break at the end… well, that feels like the logical stepping off point conceptually on Cracked-Up. Case in point is the album’s first single, the nearly 9 minute “Third of May / Odaigahara“ which starts out true to previous Fleet Foxes form, up-tempo acoustic strumming and vocal harmonies that recall the Beach Boys’ exuberance, but then a variety of alterations on that theme, mixing up the pace and vocal intensity, before transitioning into the lengthy moody instrumental that ends the song. 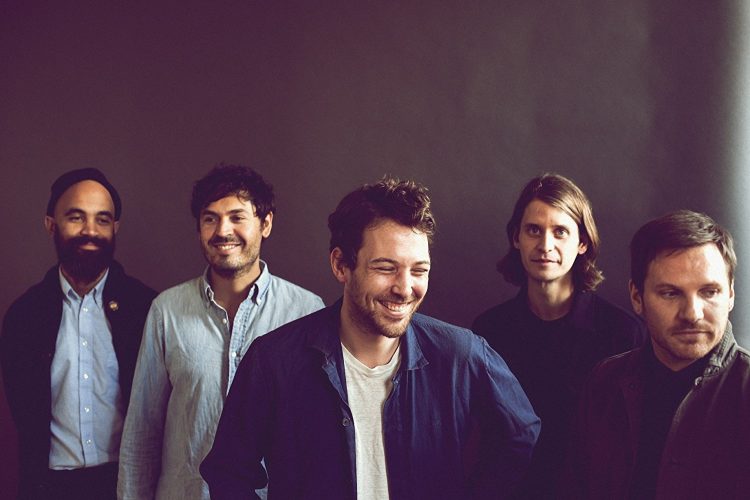 And there’s interesting stuff going on lyrically, too. Turns out that May 3rd, is not only the date of the band’s previous album release, but it’s also the birthday of the band’s guitarist Skyler Skjelset, while Odaigahara is a mountain in Japan, suggesting that the song is a reflection on the relationship between Pecknold and Skjelset, the ebb & flow, tensions and the like as the years of passed, all within reach of this large mysterious presence on the horizon.
Or maybe not, little in Pecknold’s lyrics is all that clear on these longer, broader undertakings. More approachable, that is accessible and immediately enjoyable, are the shorter, more familiar formulations: songs like “Fools Errand” and “If You Need To, Keep Time on Me” connect easily with fans longing for that Fleet Foxes magic. “Kept Woman” sounds like something David Crosby would have recorded in the mid-70’s with Graham Nash singing harmonies, while “On Another Ocean (January / June)” feels like Graham solo back when he still had drugs in his system and he was into spacey reflections on the meaning of life, the cosmos, or his own bellybutton.
As for the more experimental things, like the opening collage “I Am All That I Need / Arroyo Seco / Thumbprint Scar,” I imagine it will vary from listener to listener. Sometimes the sudden shifts in style and tone add a vibrant, creative feel, at others like an abrupt interruption. Some have embraced the mix of discordant noise, like the last minute or so of “I Should See Memphis,” ostensibly a reflection on the closing treaty to end the Civil War, as something akin to progressive music in the vein of Yes, Fairport Convention or Genesis. The trick is, bands like those named here, mixed their folky pop inclinations with musical virtuosity rooted in the classical music disciplines, old school Celtic folk roots or good old rock & roll. The same cannot be said of Fleet Foxes.
Without a doubt, it’s great to have Fleet Foxes back, and like Bon Iver and other contemporaries, it’s a good thing that they are striving to stretch out, to push against the boundaries of folk music. But, let’s face it, recording footsteps and the slamming of doors does not art make, noise for noise’s sake does not add to your compositional complexity, it is often just an annoying distraction. Fleet Foxes have given us enough here to hold on to, while they go through the artistic growing pains that we witness on Crack-Up. But, one can’t help but wonder where the next experiment might take them in the pursuit of higher art.
Key Tracks: “Fools Errand” / “Naiads, Cassadies” / “Kept Woman”
Artists With Similar Fire: Bon Iver / Iron & Wine / Crosby & Nash
Fleet Foxes Website
Fleet Foxes Facebook
Nonesuch Records
– Reviewed by Brian Q. Newcomb