Nowhere Else Festival: Featuring Over the Rhine & the Band of Sweethearts, Birds of Chicago, Red Dirt Boys, Carrie Newcomer, Carrie Rodriguez, “Treasure of the Broken Land: The Songs of Mark Heard” with various artists, Matt Haeck, Levi Parham, and Phil Madiera
Clinton County, OH – May 27 & 28, 2017
The forecast for Memorial weekend in Southern Ohio suggested rain, potentially hard storms for at least some part of the weekend, which would have been challenging for a boutique music festival with modest facilities on the farm of Karin Bergquist and Linford Detweiler, the duo that make up the indie alternative folk/rock group Over the Rhine. While there was a loud storm around the Dayton area on the night before the fest, when Over the Rhine offered up an intimate concert especially for their volunteers and supporters, many of whom would staff the event, Saturday and Sunday featured blue and cloudy skies, serious humidity, and apart from the occasional drip, a dry weekend for the music and arts festival just a mile or two outside of Martinsville, in God’s country.
Described on the Fest’s website as “an extended musical family reunion,” this was the second year for Over the Rhine to invite their fans and friends to come together for a weekend picnic, literally in their backyard. The 2017 edition involved art workshops, readings by authors, an art gallery set up in the barn, and a late-night showing of the Marvel superhero movie, “Dr. Strange,” with a conversation with the film’s director Scott Derrickson the following morning.
Welcoming the crowds at the beginning of the music event at 1 pm on Saturday, Linford and Karin, offered words of explanation leaning on familiar authors. Offering up a commonly used quote by GK Chesterton, Linford suggested that “we need preachers and pastors to remind us that we are going to die, we need poets and musicians, artists and writers to remind us that we are alive.” Adding a word from poet/essayist Mary Oliver, he asked “what is it you plan to do with your one wild and precious life?” Well, he concluded, we know what we’re doing with it this weekend.
Over the Rhine played a set each day, closing the show as a trio, but their main-stage showcase came at the end of a long day of great music on Saturday night backed by their Band of Sweethearts. The evening’s MC, Owen Brock offered up in his introduction that many of OtR’s fans have found the band’s music to be “a soundtrack at weddings, and some conceptions…” to which a woman in the crowd offered up, “and an emergency C-section.”
They opened with “The Laugh of Recognition,” Bergquist offering up the familiar opening lyric “Come on, boys” as an invitation to join in the “holy rumpus” (kudos to Maurice Sendak), then followed it with seven songs from their latest, the 2013 album “Meet Me at the Edge of the World:” “Blue Jean Sky,” “Soul Catch,” the title track, “Sacred Ground,” “Called Home,” “Baby If This Is Nowhere,” and “I’d Want You.”
Early on, Detweiler offered up the band’s “mission statement:” he said, “We make sad people happy, and vice versa,” owning up to the band’s artistic commitment to keep it real, to let their art flow from their honest experiences, including the intimate connection in their marriage and their life on the farm, which no doubt explains the profound connection many have found to their songs.
There’s little doubt, that many connect to the band’s thoughtful lyrics, but it’s ultimately Bergquist’s potent, earthy vocals, which as she has grown to maturity has a vibe quite familiar to that of Emmylou Harris. On quite a few of the newer songs, the two sang in duet, a lovely intertwining of voices that worked well at carrying the word’s mood and tone, as Detweiler moved back in forth from his keyboards and acoustic guitar. Bergquist introduced “I’d Want You” as “an apocalyptic love song,” acknowledging later that that’s the only kind of love song she knows how to write.
And you cannot say enough about the way the Band of Sweethearts back up the duo, and the quality of the sound underneath that circus tend, where it was easy to hear the subtlest percussion, and many of the guitarist’s fine solos, which tended to grow in length as it got later into the evening.
As they were moving toward the end of their concert they offered up some older fan favorites, “Born” and “Drunkard’s Prayer” from the 2005 release of that last one’s name. The sexy “Trouble,” and “”Who’m I Kiddin’ But Me” from the 2007 release, The Trumpet Child, and the beautiful set closer, “All My Favorite People” (from The Long Surrender, 2010), which has become a sort of credo for the band and the community of friends that has grown up around them. The sentiment that surrounds Over the Rhine can best be summed up in the lyrics: “Orphaned believers, skeptical dreamers/You’re welcome/Yeah, you’re safe right here/You don’t have to go/’Cause all my favorite people are broken/Believe me/My heart should know.” They encored with the song “Wait,” also from Edge of the World. 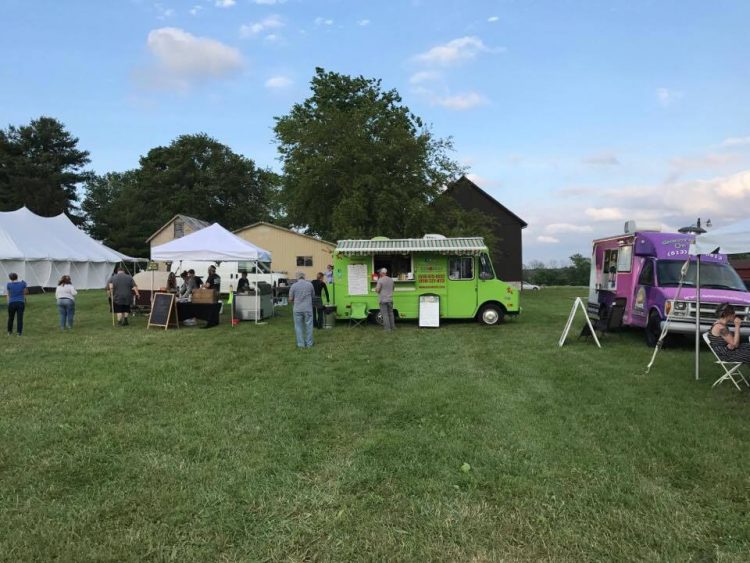