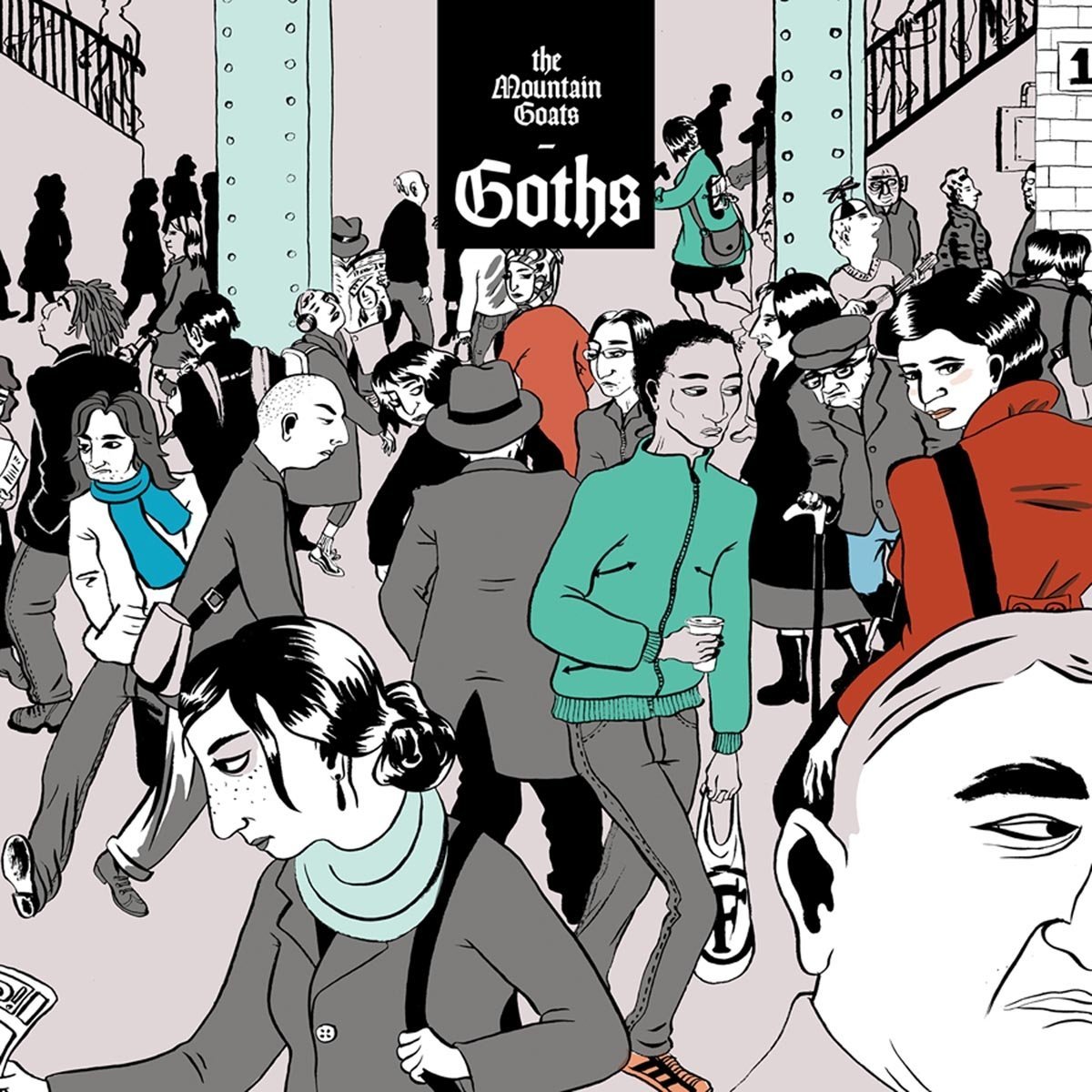 Fire Note Says: John Darnielle tweaks his approach for his 16th proper album.
Album Review: As story tellers go, John Darnielle has few peers: Bob Dylan, Woody Guthrie, Sufjan Stevens, maybe a handful of other names, but the league to which he belongs is exclusive indeed. For the uninitiated, Darnielle began The Mountain Goats with a guitar, a cassette recorder and lots and lots of songs. Phase One ended when, in 2002, 4AD came calling and a record deal was secured. Along with the higher profile The Mountain Goats became a full-fledged band – infuriating many die-hard lo-fi aficionados. The hand-wringing proved unjustified as each of the ensuing LP’s were easily as good as anything that came before. But you know haters just gotta hate. So now we have come to Goths, The Mountain Goats fourth album for Merge and their first without the benefit of Darnielle’s primary instrument: the guitar. Fret not, however. Goths is not a “Goth” record; it sounds like a Mountain Goats album through and through.
With the old six-stringer on hiatus, the piano and Fender Rhodes become driving forces on an album more about life and death than Love And Rockets. The woodwinds which have been introduced on the last couple Mountain Goats albums return courtesy of Matt Douglas (who now joins Jon Wurster and Peter Hughes as permanent members) and they add texture and sonic variation – something a guitarless record surely needs. Thematically, Goths continues a trend towards concept album territory. While 2015’s Beat The Champ utilized professional wresting as a starting point, it really wasn’t about that at all. Same here. There are tales of a tired and broke Andrew Eldritch (Sisters Of Mercy) going back to his punk rock roots in Leeds and, later on, the sorry state of Gene Loves Jezebel is explored through the lens of their Wikipedia page. All of which are great fun but the beating heart of Goths is not London’s famous Bat Cave but rather 1980’s Southern California and the legion of angry, lost kids who found solace in the dark embrace of The Cure or Bauhaus. The album begins with the haunting “Rain In Soho” and the lines: “No one knows where the lone wolf sleeps/No one sees the hidden treasure in the castle keep.” There’s a whiff of Nick Cave running through the song which adds to the atmospheric tension. One can always count on Darnielle’s wit to brighten things up and on “The Grey King And The Silver Flame Attunement” he sings about crashing cars and filing down teeth to which he replies in his most effeminate voice: “I’m hardcore but I’m not that hardcore.” The California highway again becomes a metaphor on “Stench Of The Unburied” where driving around without regard for mortality is punctuated by the hook: “Outside it’s ninety-two degrees/And KROQ is playing Siouxsie And The Banshees.” 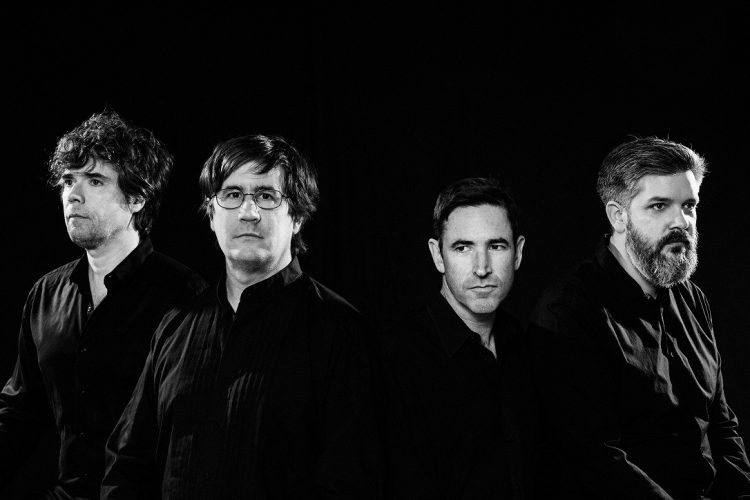 The album’s closing track, “Abandoned Flesh,” is probably the strongest song here. This is where it all comes together. The present tense is represented by Robert Smith relaxing in his villa and Siousxie Sue paying bills. The mundane details of people great and small are what fascinate the most. All the angst of youth now turns to kids and mortgages and jobs. “They charted once or twice/They were on a major label/When the singer went solo/He left money on the table/The two main guys are related/They’re at war with each other/Now there’s two Genes loving Jezebel/One for each brother.” Crass commercialism will always trump art – or so it seems. But set off to the side, John Darnielle’s musical output is an outlier. As one of the best chroniclers of modern life around it is tempting to feel ambivalent about his consistently brilliant observations. This is, of course, a huge mistake. Goths is yet another sea change for The Mountain Goats. Phase Three has begun. And it has begun on a high note.
Key Tracks: “The Grey King And The Sliver Flame Attunement” / “Stench Of The Unburied” / “Abandoned Flesh”
Artists With Similar Fire: Sufjan Stevens / Okkervil River / The Magnetic Fields