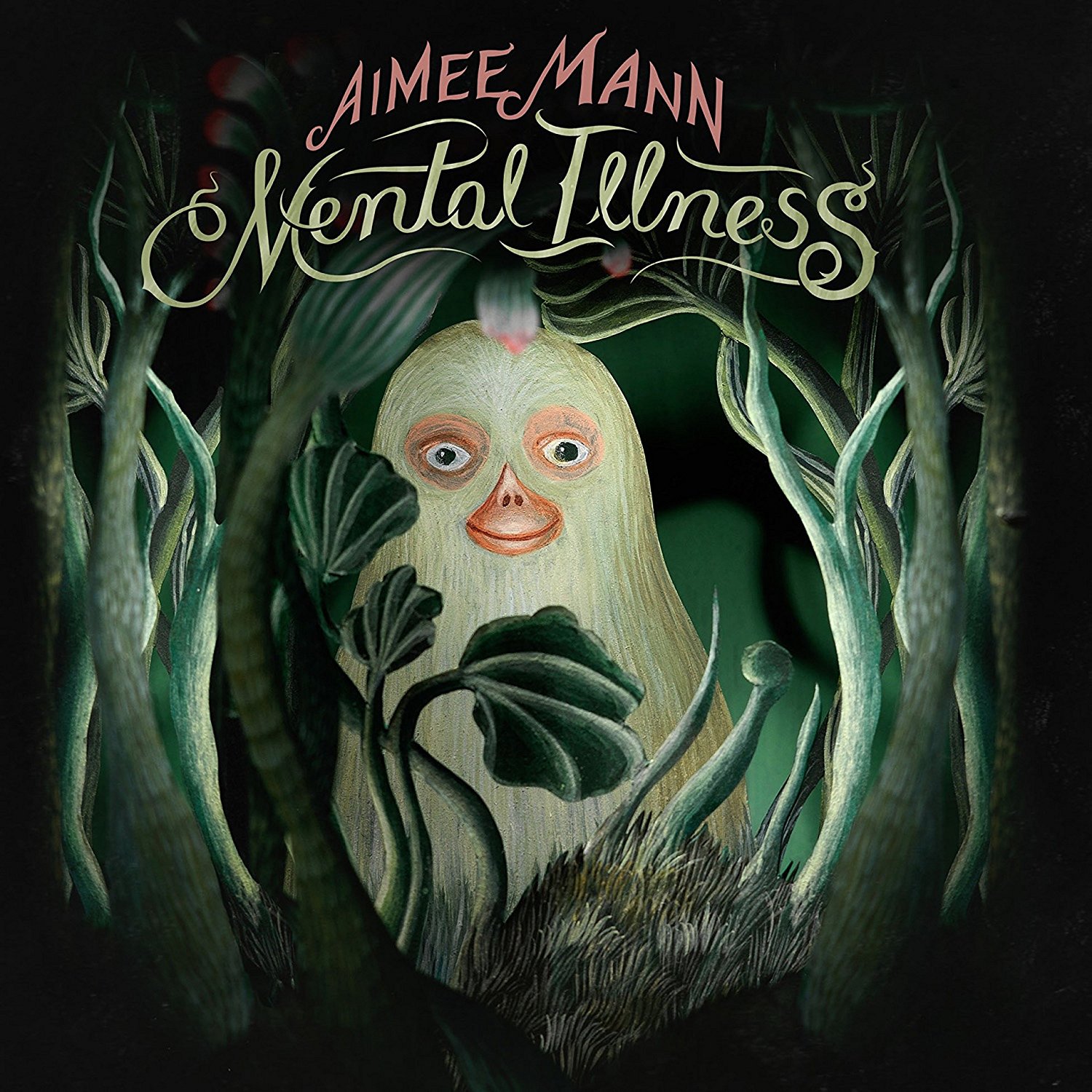 Fire Note Says: Aimee Mann returns to her most comfortable acoustic folk/pop surroundings.
Album Review: If Aimee Mann had another pop/rock band album in her after the break-up of her 80’s breakout as vocalist and bassist with the band ‘Til Tuesday, she got that out of her system with Ted Leo on the duo’s one release in 2014 (“The Both” by The Both), producing one of the best albums of that year that very few people heard. With her new solo album – her 9th, five years after Charmer in ’12 – Mental Illness dives back into her most comfortable surroundings, acoustic folk/pop with a bent toward the melancholy.
In interviews about the album, Mann has joked that she gave herself permission to make an album as depressed and mentally ill as most people think she is. And, while the album is full of mostly slow, mostly sad songs it’s far from dark rubber room dreary, with the emphasis on Mann’s pleasant voice, solid melodies and quite engaging poetic lyrics.
I was going to say that producer Paul Bryan keeps things simple, avoiding any unnecessary bells and whistles, but the album’s opening track and first single “Goose Snow Cone” begins with a bell ringing out the tepid pace. But mostly it’s Mann on acoustic guitar, subtle band accompaniment, and several piano ballads, with light supportive orchestration here and there as embellishment.
That said much of the appeal rests on Mann’s rather natural way with a melody and her fun use of rhyme as her stories unfold. There’s a playfulness in songs like “Philly Sinks” where she rhymes the title to “thinks” and “drinks” and manages to move the plot line toward the obvious conclusion with variations on each turn through the chorus.
The problem of life itself is described in “Patient Zero:” “Life is good… life is grand, and wouldn’t you like to have it to go as planned.” We fall in love only to learn “You Never Loved Me,” when it all comes undone. We want an gentle ride through life and love’s ups and downs, but find ourselves on “Rollercoasters.” We want to believe the “Lies of Summer,” that the person we long for is “Good For Me,” when the truth that he’s not is obvious. We assume that love will come as a “Simple Fix” for all that’s likely to go wrong, but find ourselves “Stuck in the Past.” All you have to do is hear the song’s title to imagine the downward trajectory of the people involved.
Mental Illness finds Aimee Mann in her sweet spot, offering up the kind of catharsis that comes from naming the problems, facing the demons, in a series of songs that address life’s melancholy without inducing depression, thankfully enough.
Key Tracks: “Goose Snow Cone” / “You Never Loved Me” / “Patient Zero”
Artists With Similar Fire: Joni Mitchell / Indigo Girls / Brandi Carlile
Aimee Mann Website
Aimee Mann Facebook
– Reviewed by Brian Q. Newcomb