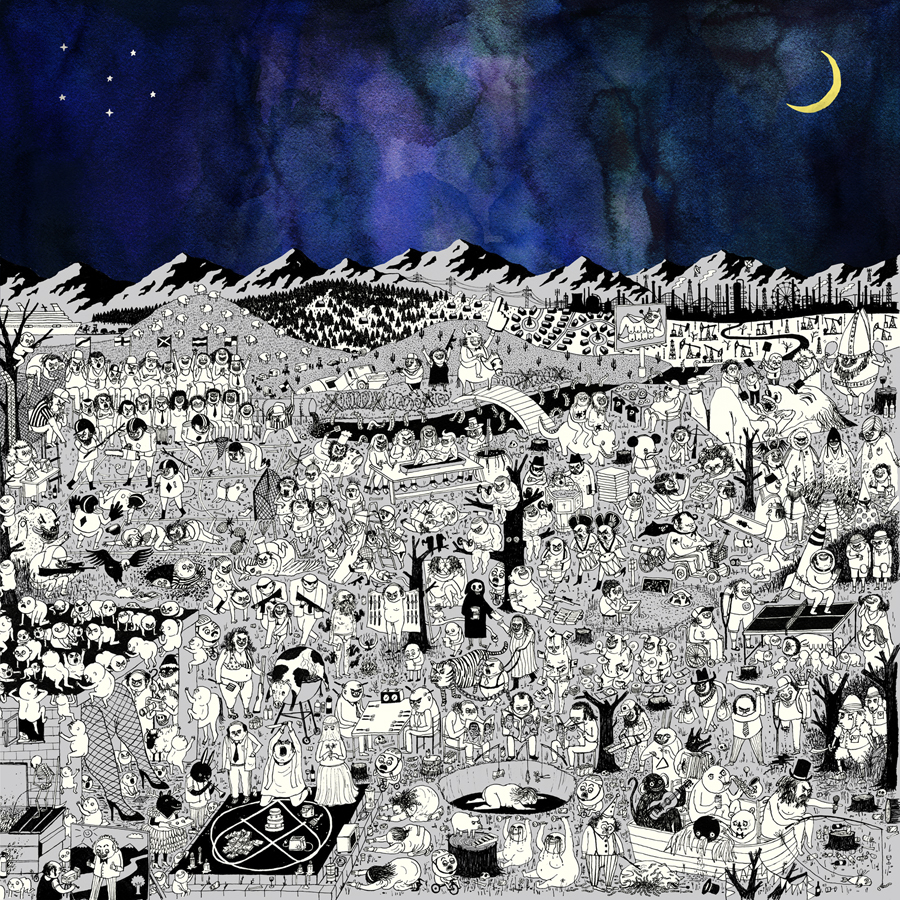 Fire Note Says: Father John Misty draws his line in the sand.
Album Review: Pure Comedy will no doubt provoke numerous think pieces, and it’s difficult to resist the urge to join the fray. However, Father John Misty (aka Josh Tillman) has already done all the work; you just have to listen. For someone who is a lyrics second (or third or fourth…) the words have always been the reason to listen to Father John Misty. On this album he is proclaiming himself to be a secular prophet, warning us about the traps and failings of modern life. If you appreciate and find value in the warning, you’re probably already listening to the album.
For full disclosure, I am square in the Father John Misty demographic: late 30’s, formerly religious, and a promoter of kindness and leaving the world better than I found it (and maybe a bit angry about the state of the world right now). So, I am down with Misty’s sermons. However, what is missing on Pure Comedy is the sense of humor and, quite frankly, hope, that he brought to his previous releases. He says so himself in “Leaving LA.” It seems that Tillman is aware that this a particularly joyless collection of songs, but to release anything else would be disingenuous. And above all, Tillman values authenticity. It also seems that he feels called to be a voice for those with similar ideals, and if so, he captures the mood of a particular segment of the United States with brilliance. 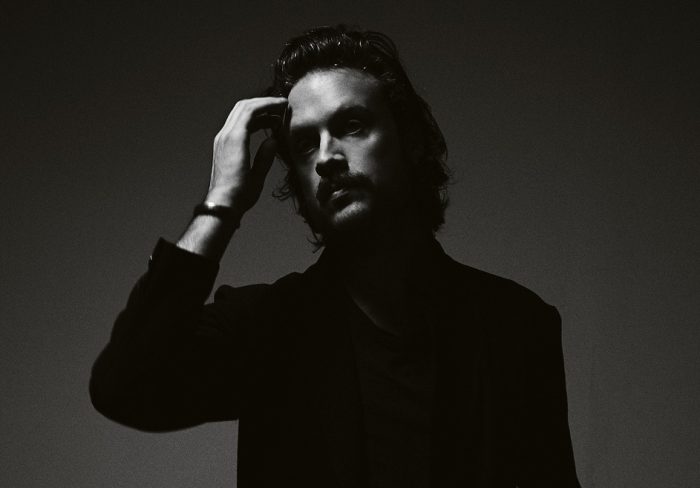 What does the album sound like? Soft, with lots of piano, acoustic guitar, and orchestral accompaniments. “Total Entertainment Forever” is the most sonically adventurous track; the rest are simply backdrops upon which Tillman tells his stories. That track feels like it belongs on I Love You, Honeybear, with its piano riffs.
The climax of Pure Comedy is the 13-minute “Leaving LA.” I was most reminded of Kanye West’s “Runaway” when listening to it, in that it is painfully confessional. It is also extremely compelling. The first four tracks of the album are dour and bordering on self-righteous; Tillman takes the air out of that with “Leaving LA.” It is touching, funny in parts, and the line about little boys dying in department stores punches me in the gut each time. It is the type of song that you won’t hear from anyone else, though imitators may now follow. And really, that seems to be what Father John Misty is going for on Pure Comedy: take an hour to think and reflect about what he has to say. Even if you don’t agree with all of it, you’ll walk away understanding him and his way of thinking much better.
Key Tracks: “Leaving LA” / “Pure Comedy” / “Total Entertainment Forever”
Artists With Similar Fire: John Lennon / Harry Nilsson / Elton John