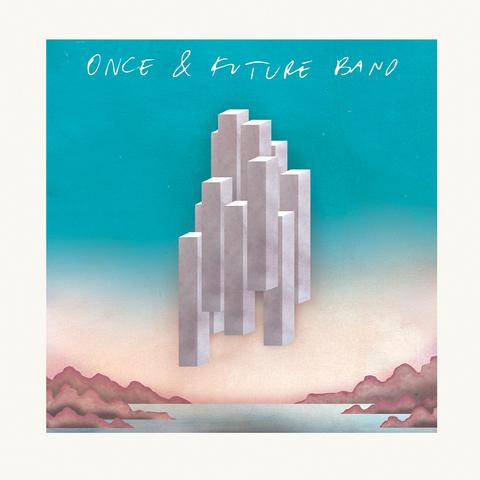 Fire Note Says: Oakland band strives to make Prog cool again.
Album Review: The first thing that catches one’s attention is the label. What’s an unabashedly progressive rock band doing on John Dwyer’s Castle Face imprint? Known more for promoting Bay area neo-psych outfits such as The Fresh And Onlys, Ty Segall, White Fence and Dwyers’ own group, Thee Oh Sees, it seems an odd marriage at first. But then again, the line between Psych and Prog has always been a little blurry to say the least. The next thing that seems off is the age of these guys. Most current Prog musicians fall under the category “men of a certain age” and that means old. These four dudes are not old. Nor does their music, indebted as it is to the Seventies, sound particularly dated. And then there’s that album cover which is strangely similar to Starcastle’s 1976 debut. Unlike that ill-fated Illinois band, Once And Future band are not clones. What they’re doing is updating an entire genre by putting a very unique spin on it.
The album opens with the sunshine chorus of “How Does It Make You Fell” and its obvious ELO influence. As the song progresses we get a little dose of Yes in the bright vocal harmonies. Next up, “I’ll Be Fine” continues with a British Invasion meets Queen retro feel. Piano is the prominent backing instrument until the Brian May-esque guitar kicks in. It’s easy to forget that the band call Oakland home with all the Englishness on display. They slow things down with the bluesy “Hide & Seek” which recalls Karate at their bar band best. Perhaps the laziest comparison to be made here is with the Steely Dan circa Pretzel Logic jam “Rolando.” Lazy or not, the song bristles with enough odd chord changes and lyrical snark to draw a crooked line to that revered duo. Later on, they prove more than capable of writing a truly beautiful “ballad” with “Magnetic Memory” even if it isn’t too terribly removed from Pink Floyd worship they tack on little phrases and melodies that are not expected. This element of surprise helps keep this debut album from being a mere caricature of what Prog once sounded like.
“Standing In The Wake Of Violence” finishes things off with a funky, modern vibe that is reminiscent of Unknown Mortal Orchestra or Tame Impala. It’s a fitting bookend to the first track’s pop sheen. Taken as a whole, Once And Future Band have created a very solid batch of songs that all sound like they belong together and flow well throughout. Is this going to jumpstart the entire genre? Um, no. But what it does is harness the technical prowess of Prog and saddle it to a fresh and vibrant band that courageously defies current trends. If only more artists were willing to thumb their noses at conventional wisdom. And let’s face it: who doesn’t secretly long for the reunion of Art and Music?
Key Tracks: “How Does It Make You Feel” / “I’ll Be Fine” / “Rolando”
Artists With Similar Fire: ELO / Queen / Steely Dan