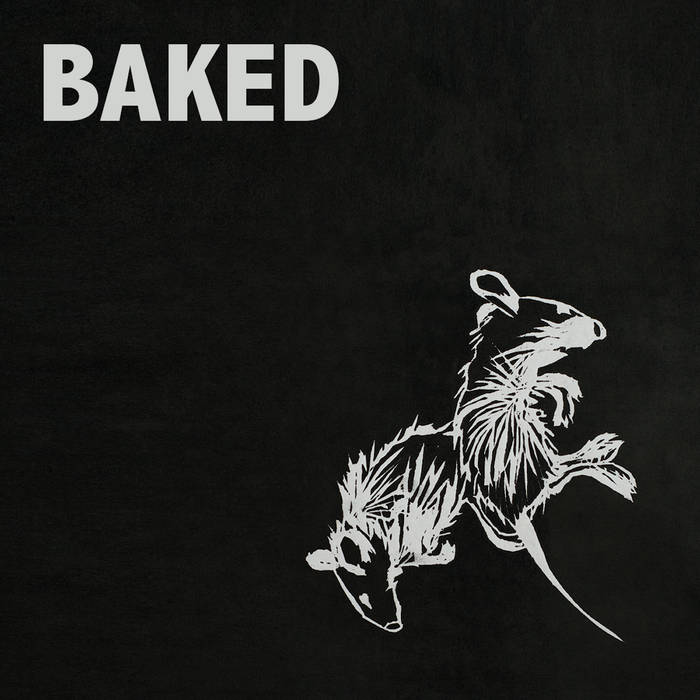 Fire Note Says: Baked may have released one of the best albums of 2017 with the genre blending and bending second LP, Farnham.
Album Review: New York’s Baked features a new lineup that consists of RJ Gordon (Titus Andronicus) on vocals and guitar, Isabella Mingione on vocals, keyboards, and Hammond organ, Jeremy Aquilino on bass and vocals, AJ Pantaleo (Bueno) on drums, and Steve Hartlett (Ovlov and Stove) on guitar.
The new lineup give Baked a heavier and thicker sound than their excellent 2014 debut, Debt, and ensured that the band would not experience the dreaded sophomore slump. If anything, Baked have to worry about a junior jinx, because Farnham is close to perfect as any band can get.
Now I realize perfect is entirely subjective to the listener, but that is what Farnham is to me. Each track brings something to the album and rarely does the band repeat themselves or even stick to a specific sound throughout the LP, yet Baked have managed to construct something that is incredibly cohesive.
One of the many things I enjoyed about Farnham was how it borrows from so many of my favorite genres of indie rock and blends them into a sound that is familiar yet very refreshing. There are bits and pieces of 90’s stoner/grunge rock (“A.A,” “Stuck at Iron Mountain”, “You Know San Francisco, Don’t You?”). There are heavy shoegaze fuzz/haze moments (“Wolf”, “Midnight Junkie”, “Tolex”) that would put a smile on the face of any My Bloody Valentine and Swirlies fan.
When Baked slows things down, they show a lot of character and create some clever, mellow tracks. They employ a brand of alternative country on a few tracks (“Amy Rot’s”, “Them”, “Two-Thousandths”) that remind me of Silver Jews, Phosphorescent, Quasi and My Morning Jacket. When Isabella Mingione sings (“Stay” and “I Win”), she will makes listeners miss the glory days of Velocity Girl.
Farnham is an absolute delight from beginning to end. It is equal parts heavy, fuzzy, striped-down, emotional, desolate, warm and ceaselessly charming. This has Album of the Year written all over it. Go buy this album now.
Key Tracks: “You Know San Francisco, Don’t You” / “Stuck at Iron Mountain” / “Tolex”
Artists With Similar Fire: Swirlies / Silver Jews / Mudhoney
Baked Website
Baked Facebook
Exploding In Sound Records
– Reviewed by Daniel Taylor