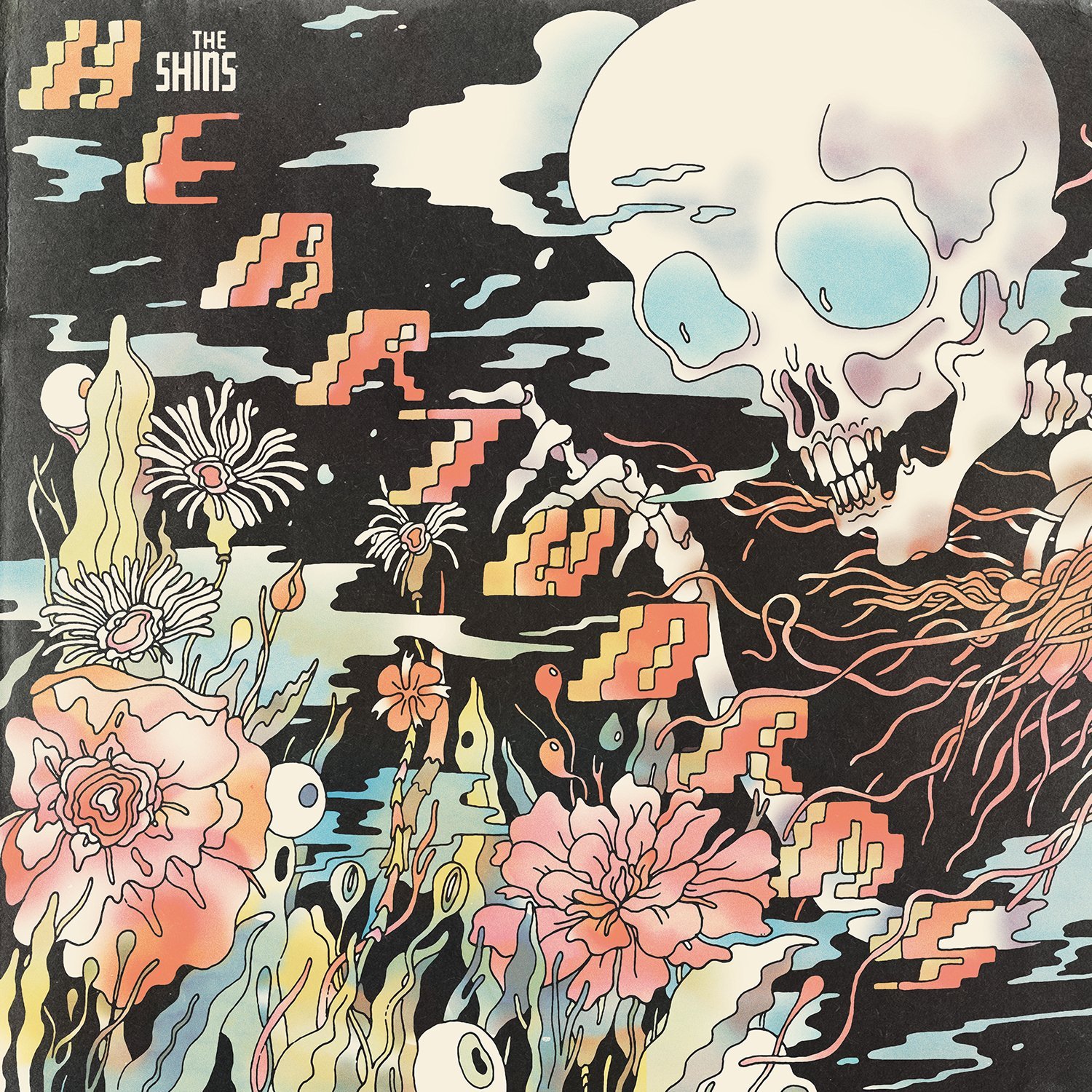 Fire Note Says: The Shins bring a creative, cool, and connected song-craft.
Album Review: Like most everybody else, I first discovered The Shins in that great scene in the coming of age movie “Garden State” (2004) where Zach Braff’s character tries on the headphones of Natalie Portman to hear a brief snippet of the song “New Slang,” from the band’s 2001 debut album, Oh, Inverted World. That exposure worked as fans searched out 2003’s Chutes Too Narrow, and then made ‘07’s Wincing the Night Away, both a critical and commercial success. The Shins, then an actual band, starting off in Albuquerque, but moving to Portland, Ore., after gaining some success. Critics and fans praised, songwriter James Mercer’s approach that brought the retro 60’s pop song approach of groups like The Beatles and Beach Boys to a new generation.
These days, of course, Mercer has continued on with a crew of new players, after dismantling the Shins’ earlier line-up after working with Danger Mouse (Brian Burton) on their duo project, Broken Bells, which has two albums. Besides Mercer, who also produced Heartworms, the musicians include drummer Joe Plummer, Yuuki Matthews on synths, Mark Watrous on guitars, piano and strings on several tracks, and Richard Swift on synths and percussion on two tracks, including “So Now What,” which he produced. What Heartworms may lack in a “real” band vibe, the disc more than makes up for in glittery studio gimmickry and synth pop shine, if you’re into that kind of thing (not that there’s anything wrong with that).
Seriously, though, under Mercer’s adept creative guidance, the Shins fifth album and latest is filled back to back with clever, accessible pop/rock songcraft, filled with hooky melodies and enough quirky humor, both lyrical and musical, to entertain long time fans. Mercer gets personal on the autobiographical “Mildenhall,” where he remembers how “A kid in class passed me a tape/A band called The Jesus and the Mary Chain/I started messing with my Dad’s guitar/He taught me some chords just to start me off/Whittling away on all those rainy days/And that’s how we get to where we are now.” 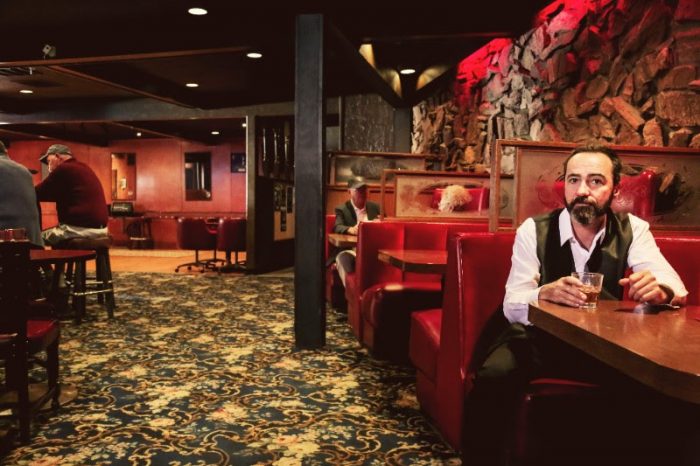 More goofy, yet just as much fun as you’d expect, we hear Mercer playing with funny pop hooks, and experimenting in the studio, like the weird vocal intro to “Rubber Ballz,” which appears to mimic the kind of syrupy thing that might be used for a bubblegum commercial by the Swingle Singers back in the 60’s. To add to the song’s quirky fun, Mercer plays with a lyric that complains about a girl that he “just can’t get her out of my bed,” instead of the usual pop song cliché that would have said “I can’t get her out of my head.” And so it goes, Mercer must have plenty of time on his hands to play around with traditional pop tropes and come up with his own unique take on things.
“Name For You,” the disc’s first single, is pure pop old-school perfection that hints at influences like Todd Rundgren’s early hits, which opens the album. “Painting A Hole,” which follows, is a full-on quirk-fest of goofy ideas that an outside producer or commerce minded A&R guy would have tried to dial back or tame down, but thankfully Mercer, left to his own devices, creates a noisy, fun song perfect to clear the mind of mental clutter, and put a smile on your face.
“Half A Million” finds Mercer reflecting again on the strange calling of the songwriting musician, writing to meet the needs and expectations of his fans. “There’s a half a million things/That I’m supposed to be,” he acknowledges, “A shelter in the nighttime/A punk running free/And if it gets too deep/I reach from my guitar/And if I try hard/There a half a million things/that I’m supposed to be.” And so it goes.
The time out, Mercer’s Shins have come up with something that is clearly not for everybody, and many of my friends who’ve heard it have not found it as catchy as earlier band efforts. It works for me, but I’ve always been a push-over for really clever, goofy pop/rock that matches the idiosyncratic creative spark, with cool, connected, song-craft.
Key Tracks: “Name For You” / “Mildenhall” / “Half A Million”
Artists With Similar Fire: Fountains of Wayne / Modest Mouse / Spoon
The Shins Website
The Shins Facebook
Columbia Records
– Reviewed by Brian Q. Newcomb

The Friday Fire Track: The Madcaps – “She’s So Hot”