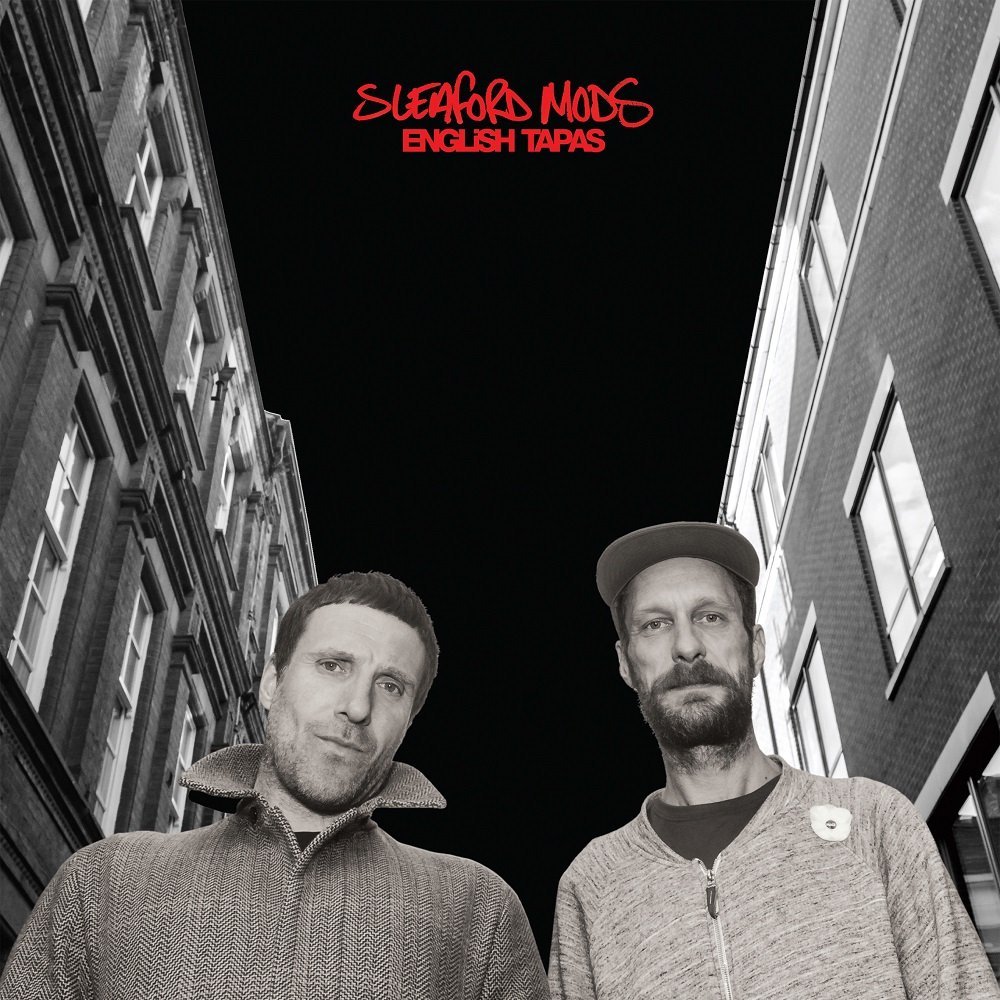 Who: Ghetto-tech beats fused with punk rock rant/rap from Nottingham, UK.
Sound: Sleaford Mods 4th LP sees the UK duo belting out another albums worth of pissed off English banter layered with beats, bass and mixed results.
TFN Final Take: English Tapas is very uneven. There is no getting around that fact. Out of the 12 tracks, I found four that I loved, three that were OK and the remaining five were uninspired or just painful to listen to.
I shouldn’t be too surprised, I feel Sleaford Mods have been hit with the curse of diminishing returns after their brilliant 1st and 2nd LPs, Austerity Dogs and Divide and Exit. Their previous LP, Key Markets, had a few moments of brilliance, but you could sense that they were running out of gas. English Tapas isn’t proof that the Mods are dead, but they are on life support.
Too bad really. The tracks that excel do so in satisfying Sleaford Mods fashion. “Moptop,” “Drayton Mannered,” “Carlton Touts” and “Dull” get the blood pumping, your head nodding and your attitude souring. Pissed off belligerence is what the Mods do best and these four tracks save the LP from being a total loss.
So if you want to cherry pick, you can make for a really interesting and engaging EP, but as it stands, English Tapas has too many duds. “Just Like We Do” doesn’t do anything, “Messy Everywhere” and “Time Sands” just plod along, “Cuddly” comes off like a bad attempt at dancehall and “I Feel So Wrong” feels so wrong. Think I will put on Chubbed Up + to chase away the bad aftertaste of some not so good Tapas.
Sleaford Mods Website
Sleaford Mods Facebook
Rough Trade Records
– Reviewed by Daniel Taylor