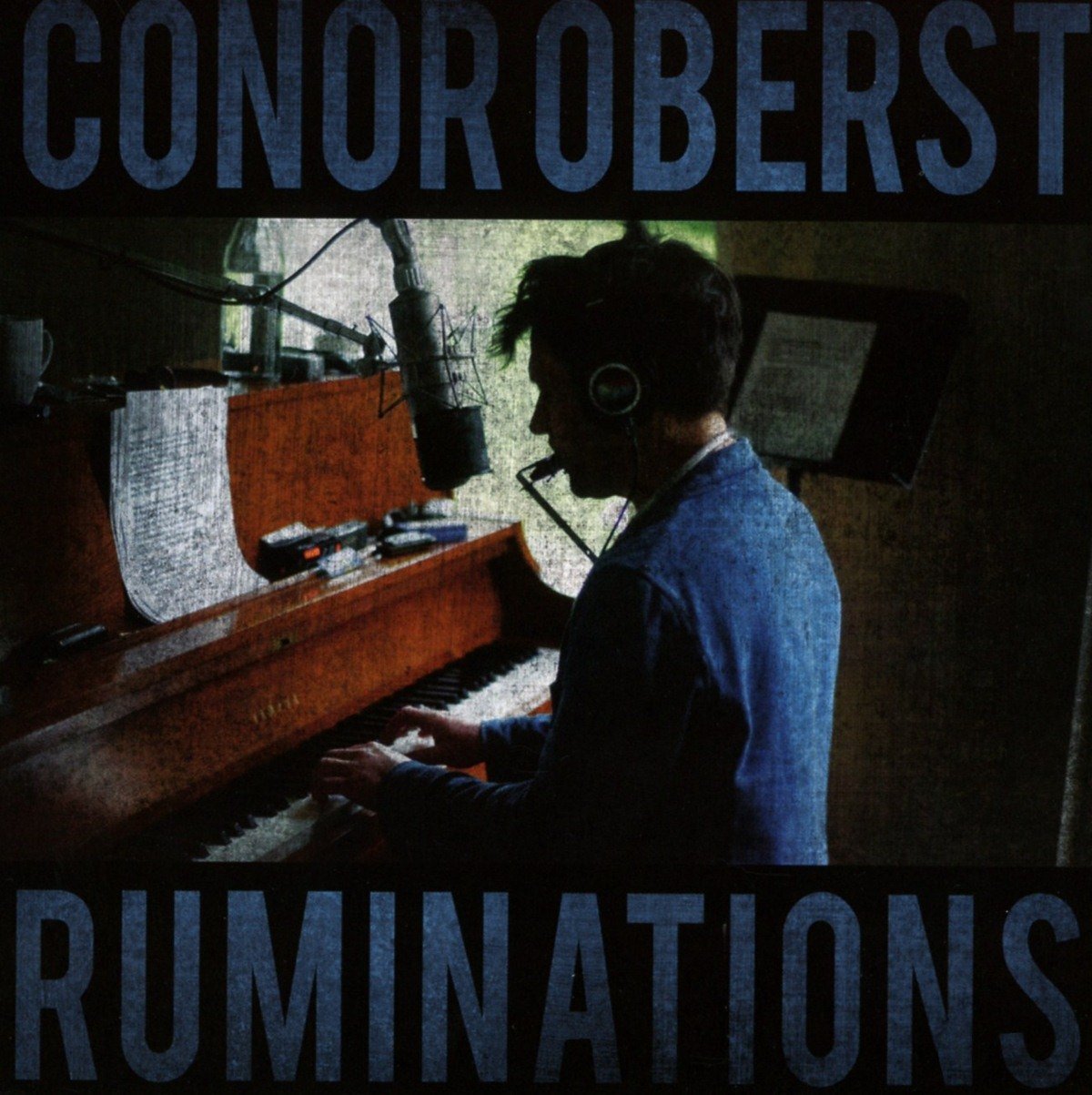 Fire Note Says: Oberst makes an intimate recording of his deeper, darker thoughts.
Album Review: In 2004/5 Conor Oberst had his 15 minutes as the Next Big Thing, drawing comparisons to Bob Dylan, when his band Bright Eyes drew national attention with two very different releases, and ended up touring with R.E.M and Bruce Springsteen on the Vote for Change tour prior to the election. I’m Wide Awake It’s Morning is a folk-rock album that opens with Oberst telling a rambling story of a woman on a plane before beginning the song “At The Bottom Of Everything.”
But, Digital Ash in a Digital Urn, released the same year, was an electronica project devoid of acoustic instruments. While Bright Eyes included supporting players Mike Mogis and Nate Walcott, it was Oberst’s strong lyrical and vocal presence that defined the band, which often included other musicians from the indie scene in Oberst’s native Omaha, and included guest appearances from folk like Gillian Welch, David Rawlings, Ben Kweller, M. Ward, Jim James and even Emmylou Harris. All six of the Bright Eyes albums were released last year as a boxed set, and individually, but if you’ve not heard Oberst and company before, the two mentioned above are a great place to start.
Oberst played in a variety of bands in Omaha, before he formed Bright Eyes, and after closing that chapter has continued to record and perform both as a solo artist, in the punk band Desaparecidos, and on one album/tour as the Monsters of Folk with Jim James (My Moring Jacket), M. Ward, and Mike Mogis. Oberst was out on the road with the Desaparecidos, back in Oct. of 2015, when he was suddenly hospitalized due to what a press release described as “laryngitis, anxiety, and exhaustion.” The songs on his latest solo album, Ruminations, came to be when Oberst and his wife returned home to Omaha to rest for the winter.
As the title suggests, the songs find the artist stripping everything back to the raw essentials, while he ponders on the nature of life and death, the meaning of art in a culture that is overcome with around the clock stimulus. In Barbary Coast (Later), Oberst reflects on French post-impressionist painter Paul Gauguin, and naturalist John Muir, and his own desire to get unstuck and get lost in the primitive. Oh, and “get drunk before noon.” The simple folk song is played on a single acoustic guitar, and augmented only by Oberst’s harmonica playing. On other songs, Oberst plays a solitary piano as he sings, an intimate and raw performance without enhancements, but the recordings, aided by Mogis, there’s a rustic vibe but captures a rich full sound from each instrument.
Throughout the songs, Oberst’s deep, dark thoughts are shared with a touch of whimsy, as in “Counting Sheep,” which finds the artist trying imagine getting along with others, when there is a lot that can go wrong in the world. Everywhere Oberst applies his strange, strained thoughts about life’s worth, using literate observations, artful comparisons.
In Mamah Borthwick (A Sketch) he compares his own artistic efforts to a house built by Frank Lloyd Wright, all in the attempt to create “something that’s sacred to the end.” “The Rain Follows the Plow” takes a moment to reflect on the nature of the afterlife, while “A Little Uncanny” wonders about the impact of lives like those of Jane Fonda, Ronald Reagan, Christopher Hitchens, Robin Williams, and Sylvia Plath, the difference between the impressions people developed and the actual person inside the mythic persona. In “Next of Kin” he thinks about those who have survived the loss of loved ones, and the time he met Lou Reed and Patti Smith and it didn’t change his life. He wonders about “losing my innocence long ago.”
A quiet, thoughtful collection of personal songs, find the artist reflecting on the transience of fame, and discarding those things in life which can distract one from what matters most, the essential relationships that can sustain a person. It’s an artful collection, worthy of a listener’s full attention.
Key Tracks: “Tachycardia” / “Mamah Borthwick (A Sketch)” / “A Little Uncanny”
Artists With Similar Fire: Bob Dylan / Neil Young / Elliot Smith
Conor Oberst Website
Conor Oberst Facebook
Nonesuch Records
– Reviewed by Brian Q. Newcomb

Ryan Adams – Do You Still Love Me? [Video]