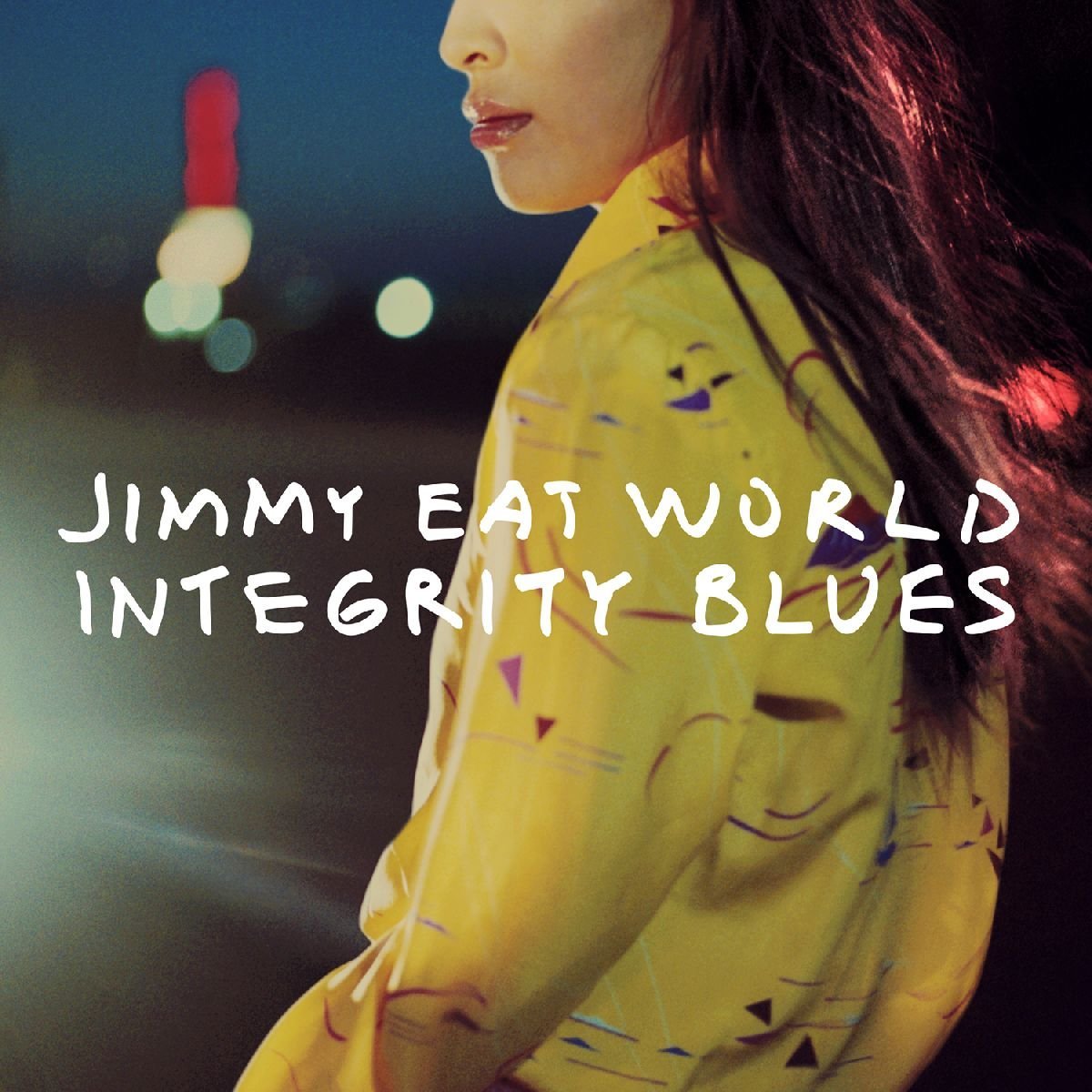 Who: Jimmy Eat World, best known for their 2001 single “The Middle,” have just released their ninth studio album Integrity Blues via RCA Records.
Sound: The Arizona band now finds themselves in veteran status but have always been labeled somewhat an Emo band. The group progressed into more of an alternative rock group over the years but still finds their roots in the emotional toll a song can have on its audience. The band has keyboard moments now that fit along with bands like Passion Pit and Two Door Cinema Club but still keep their longtime style intact.
TFN Final Take: I totally went at this album all wrong the first time I listened to it. I was looking for big hooks and rock tracks but was taken back somewhat by its more laid back and subdued approach. Integrity Blues does not care about having a “hit” single and gets back to Jimmy Eat World’s basics of putting together a good sounding tune, consistent album flow and deeper lyrics. The songs here also don’t sound overproduced but stylistically are right at home. They sound like they could have come from the era of Clarity (1999) or Bleed American (2001) which is the right vibe for long time fans. Fans that have grown up since those albums released, now will appreciate the maturity of Integrity Blues’ evolving tracks like the rock out ending to “Pass The Baby” or the catchy melody on “Through.” Overall, the band sounds relevant again here, as “You Are Free” is one of the better singles the band has written and Integrity Blues is one of the best records Jimmy Eat World has released since Bleed American.
Jimmy Eat World Website
Jimmy Eat World Facebook
RCA Records
– Reviewed by Thomas Wilde