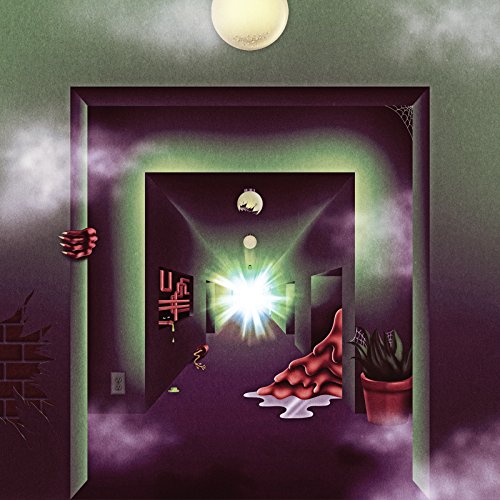 Fire Note Says: Like a tentacle from the warp hole, The Oh Sees latest is a spacy, slimy decay that beckons from beyond.
Album Review: Friends, I really apologize for the delay. It wasn‘t my intent to let this important album slip through my fingers, life just got a little crazy. Now if I focused adjective crazy towards San Francisco, California‘s Thee Oh Sees that could be a bit of an understatement. John Dwyer has always been the main face for the Sees but, it has been mostly everything around him that has remained crazy. From recording 2014’s Drop in a banana ripening factory, to the rampant lineup changes that happened throughout the bands almost 20 year career, too the introduction of two drummers on their latest outing. It is really what has given Dwyer his drive and Thee Oh Sees its personality. Their latest outing, their 11th LP, A Weird Exits is one of their most topsy-turvy releases yet. It‘s a draw on their past with a look towards the future
With A Weird Exits Thee Oh Sees have solidified themselves as a four piece. John Dwyer, Tim Hellman, Ryan Moutinho and Dan Rincon have come together to create this haunted hallway of horrors. Some of the most enjoyable moments from any Sees record is their use of lumbering tones and textures, Mutilator Defeated At Last’s (2015) “Withered Hand” and Floating Coffin’s (2013) “Toe Cutter – Thumb Buster” are good examples. A Weird Exits’ “Gelatinous Cube” goes full “Iron Man” with its’ lumber before launching into a full on garage rock shredder. “Ticklish Warrior” takes its’ turn on the lumber express with a heavy slink throughout. In terms of instrumentals, the album has two. “Jammed Entrance” has its fun as a post-rocky bleep and boop that calls like a demonic dial tone. Real fun in terms of experimental value, but it really feels like the Sees had to add it for the wacky value as it lacks staying power. “Unwrap the Fiend Pt. 2”-the other instrumental- fairs better with its laid back attitude and bouncy guitar chug. The Sees have always had a flourish for ending their albums and this one is no different. “The Axis” is a Pink Floyd mirage that ends with Jimi Hendrix crashing the plane. 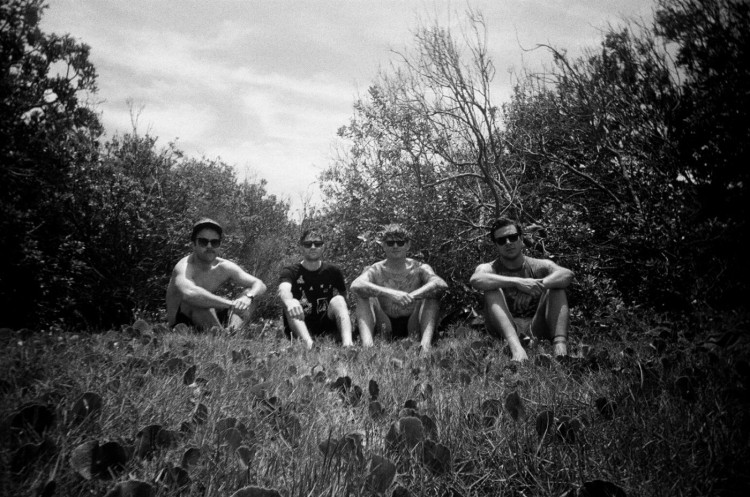 Thee Oh Sees have never been afraid to write consistent classics: Carrion Crawler / The Dream (2011), Putrifiers II (2012), Floating Coffin (2013), and Mutilator Defeated At Last (2015). A Weird Exits has many comfortable, great moments, but its overall consistency faltered for me. It’s an album that remains in the muscular, fun of Thee Oh Sees, but when it comes to it you’ll see me visiting a handful of tracks. As negative as that sounds, I’ll never give up on Thee Oh Sees. They always have me excited for what comes next.
Key Tracks: “Gelatinous Cube” / “Unwrap the Fiend Pt. 2” / “The Axis”
Artists With Similar Fire: The Cramps / Ty Segall Band / Wand
Thee Oh Sees Website
Thee Oh Sees Facebook
Castle Face Records
– Reviewed by Christopher Tahy