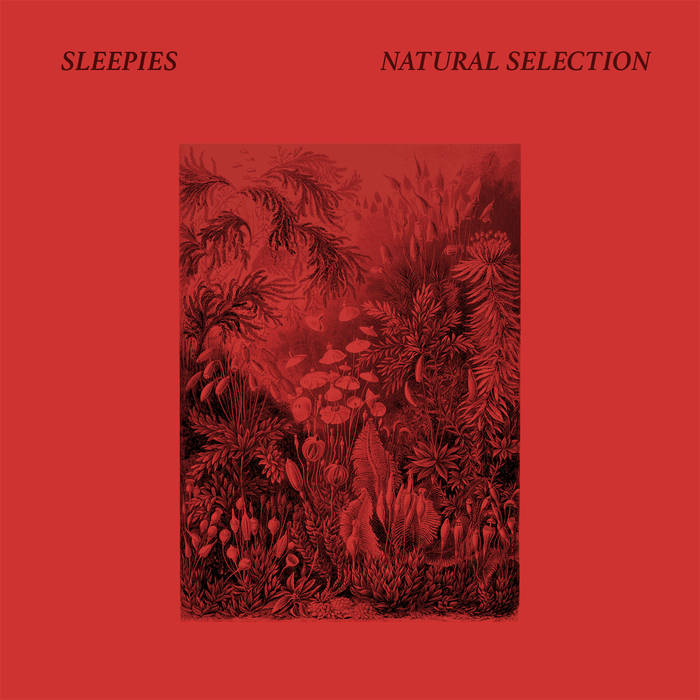 Fire Note Says: Wake up people! Sleepies third album needs your attention. Natural Selection will more than likely end up my favorite album of 2016.
Album Review: I would like to say third time is a charm for this wonderful Brooklyn based band, but honestly Sleepies has been releasing astonishingly great music for quite a few years. Their first two LPs, their self-titled debut and Weird Wild World, are excellent listens as is their handful of EPs and singles. Natural Selection is another incredible notch in their belt.
Sleepies never disappoint.
They have a knack for crafting quirky, off-kilter and unpredictable rock. Remember how Surfer Rosa and Doolittle caught you off guard and changed your mind on what a rock album could sound like? Sleepies do that for me. They hit that same level. Just when you think you know where a song is going, these guys pull the rug out from underneath you and hit you with something unexpected.
Natural Selection sees the Sleepies evolving their sound into a hybrid of power-pop-punk mash-up with occasional flourishes of psych-rock. They have a very lean and taut sound, which is also energetic and catchy as anything you will hear this year. They have a nervous edge to them that at moments reminds me of bits of the Pixies, Parquet Courts, and McLusky.
Each track is vital to the album. There is no filler allowed. The ten tracks on Natural Selection have a sense of urgency and do not waste your time. Thomas Seely’s vocals are matter of fact and rough enough to give each track some edgy bravado. The guitar work of Seely and Doug Eng is angular and spindly. Josh Intrator’s bass gives the tracks some weighty bounce along with the sharp drumming from Max Temblay. The entire album feels precise and nimble. As I said, not a moment is wasted.
All the tracks are excellent, but some of the highlights are “Genetic Cousins”, “All Over The Years” (make sure you seek out the alternative version on Godmode’s Common Interests Were Not Enough To Keep Us Together compilation), “All Happening”, “Reincarnation”, “Korneelyus”, and closer, “Natural Selection”. There are so many wonderful songs on this album.
Sleepies are creating some of the most interesting, catchy, and fun-to-listen-to tracks. It is almost a shame that the album is only ten tracks long. I could have gone for some more. Guess I can tack on their last EP, 2015’s The Micro Harbours EP in iTunes to add two more incredible tracks to the already outstanding Natural Selection.
I really hope this album reaches the audience it deserves. The Sleepies deserve to be able to create music full-time and make a living off it. We as listeners need to do our part and give this band a chance. I doubt I will hear an album, over the rest of 2016 that entertains me more than Natural Selection does.
Key Tracks: “All Over the Years” / “Reincarnation” / “Natural Selection”
Artists With Similar Fire: Pixies / Parquet Courts / McLusky