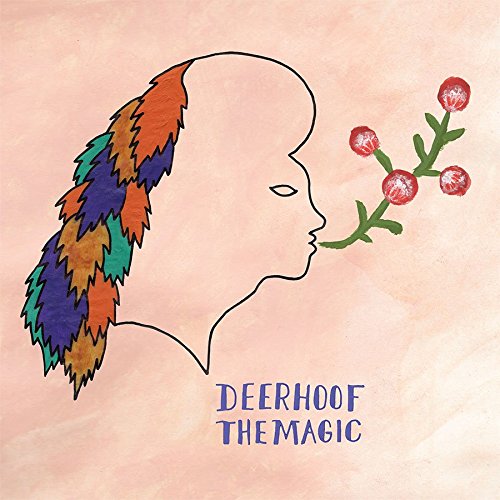 Fire Note Says: The crazed fun keeps coming at you and so yes – it’s another Deerhoof album.
Album Review: Over the course of Deerhoof’s long and strange run of thirteen albums in twenty-two years, they have carved out a unique space under the Indie firmaments. They are one of the few acts that truly sound like absolutely no one else. Combining pop, noise, improvisation, garage, twee and prog their influence has been immense on an entire generation of like-minded weirdos and art-rockers. Anchored by Satomi Matsuzaki’s wide-eyed vocals and Greg Saunier’s rabid drumming they have produced some of the best records of the 21st century. From 2002’s Reveille on, they have been on a tear that places them among the greatest bands of all time. I can make a strong case that their five album streak starting with Apple O’ and running through Offend Maggie is as good as any group has ever released. Ever. This is not mere hyperbole. This is Deerhoof, dammit!!!
Although their last few albums have not been quite up to that standard, each has had moments of sheer brilliance. And so it is with their most recent effort, The Magic. Recorded in one week’s time in an empty office space in the New Mexico desert, The Magic does indeed possess some of the brilliance suggested in its title. The zany and the spastic married to the beautiful and the refined. Deerhoof is not for the weak of heart. Matsuzaki’s voice is a deal-killer for some. Good news then that Sautier’s vocals are more prominent here, including the awesome “Plastic Thrills” which may be his most impressive vocal turn yet. The two guitar players, John Dieterich and Ed Rodriguez, not only shine at their instruments but each get a song on which to sing lead vocals. This sort of group-think helps the final result and may get those who are still unacquainted with them some bit of incentive to get off the fence and become enthralled. 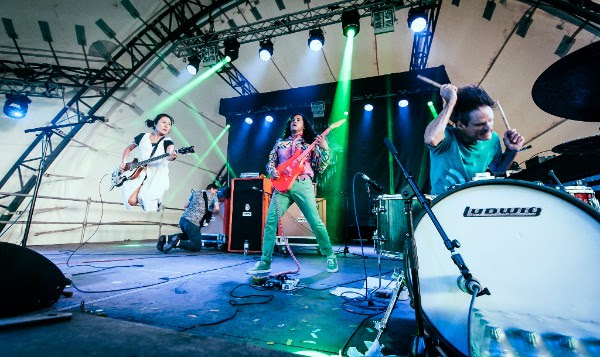 Deerhoof is at their best when the brutality of their attack is tempered with melody, when their seemingly random song structures give way to an internal logic all their own. When these elements are present Deerhoof is hard to beat. Take “Criminals Of The Dream” for instance. By far the longest song here, it starts out with moody, eighties keyboards only to explode into a bright, shiny guitar pop song with Matsuzaki’s bass propelling the whole thing forward. As the song ends, Satomi’s lyrics “Things aren’t as hard as they seem/Dream, you can dream, you can dream/I know you can dream” really hit home. Her childlike voice and ability to look at the world through that innocence has been Deerhoof’s calling card and (not so) secret weapon from the beginning. Blistering, prog-like musicianship allied to the simplistic, almost twee, vocals, that’s Deerhoof in a nut shell. Another example of this duality and how effective it can be found on “Acceptance Speech.” It’s a track that would not have made sense on any Deerhoof record since The Runners Four. And that got me thinking: is this a return-to-form kind of record? Not exactly.
Taking the lushness of Milk Man, the gorgeous melodies of Apple O’ and the streamlined songwriting of the aforementioned The Runners Four, The Magic succeeds where 2014’s La Isla Bonita and its monochromaticism did not – Deerhoof need to be heard in technicolor. There are too many moving parts, too many genres to mangle. When they restrict themselves the music suffers and some of that titular magic evaporates. Lucky for us they show no signs of slowing down. If you remain unfamiliar with this mad cap crew there are worse places to start than here. This album has everything that makes them one of the most exciting bands of the last two decades. Is it their best album? No, that honor goes to Friend Opportunity from 2007 but this one is another solid addition to the Deerhoof discography.
Key Tracks: “Criminals Of The Dream” / “Acceptance Speech” / “Plastic Thrills”
Artists With Similar Fire: Ponytail / Dirty Projectors / Hella

Dinosaur Jr.: Give A Glimpse Of What Yer Not [Album Review]