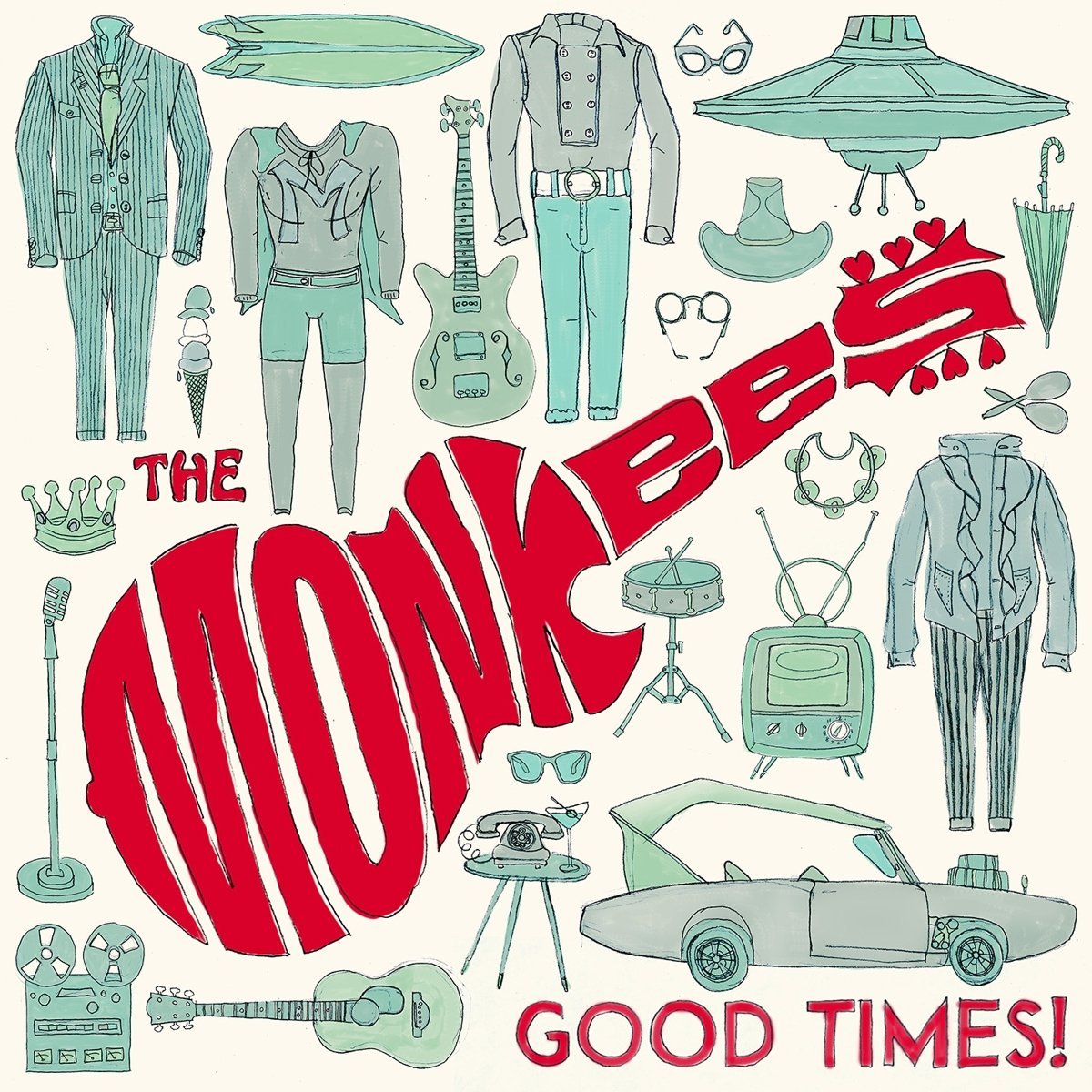 Fire Note Says: Good Times! delivers on the joy from the golden era of rock & roll.
Album Review: By the mid-60’s, Liverpool, England’s The Beatles had gone from Tiger Beat/Teen Mania “Top of the Pop’s” stars to a credible rock & roll band, buoyed by Lennon & McCartney’s keen songwriting sensibilities, a fetching set of warm, comic personalities, and a truly amazing string of successful radio singles on full display in some of their best early albums, “Rubber Soul” and “Revolver.” And while many cultural critics were convinced that this whole “rock & roll” thing was a mere splash in the pan and would soon run its course and disappear for good, thank you very much, the growing commercial viability of the genre was confirmed by the appearance of other British Invasion acts: The Rolling Stones, The Animals, The Dave Clark 5, Small Faces, Them, The Kinks, The Who, etc., ad infinitum.
Of course there were plenty of American bands responding to this bold artistic intrusion of British acts, The Beach Boys, the Byrds, Buffalo Springfield, Simon & Garfunkel, Bob Dylan and Jefferson Airplane were creating regional sounds all their own. But no doubt it was the success of The Beatles goofy movies, “A Hard Day’s Night,” and “Help!” and the two-year Saturday morning cartoon series that sent American production teams searching for a way to cash in. If The Beatles’ were the original Fab Four, TV producers Rob Rafelson and Bert Schneider and music mogul Don Krishner went looking for actors and singers who could play the made-for-TV roles as the Pre-Fab Four, and found Davy Jones, Micky Dolenz, Peter Tork, and Michael Nesmith.
While the original singers/players had musical experience and an obvious comic sensibility, they were hired primarily for their TV chemistry, and played a very limited role in the creation of their early albums. While they were brought in to provide the lead vocals, The Monkees was largely the work of producers Tommy Boyce and Bobby Hart, who also wrote the TV show’s theme song as well as the successful first single, “Last Train to Clarksville,” which was sung by drummer Micky Dolenz. More of The Monkees was created with that same formula, using a variety of guest producers and musicians. The disc’s biggest singles, “I’m a Believer” and “(I’m Not Your) Steppin’ Stone,” featured vocals by Dolenz, but were written by songwriters Neil Diamond and Boyce & Hart, respectively, with only a few songs attributed to Nesmith.
So, it’s no surprise that for Good Times!, celebrating the band’s 50th year anniversary, relies again on the contributions of guest songwriters. Sadly, Davy Jones, the one British member, originally cast as “the cute one,” the band’s teen-beat heartthrob, died back in 2012. His voice is included from an older recording of a Neil Diamond song, “Love to Love,” which is updated with fresh backing vocals from Dolenz and Tork. Similarly, the title track comes from one of pop music’s most celebrated songwriters, the late Harry Nilsson, who’s original demo recording has allowed the song to be recorded as a duet with Dolenz. 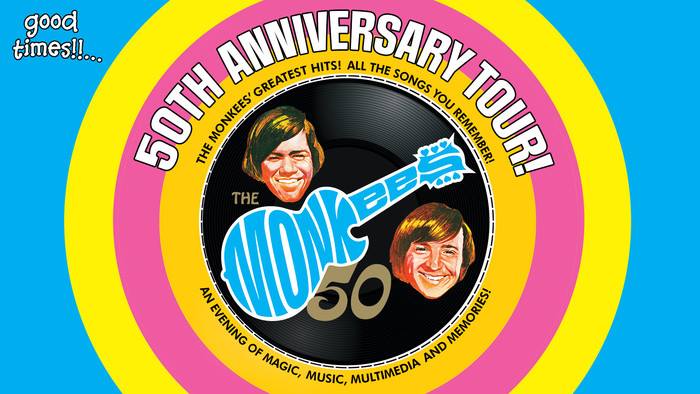 But the real excitement behind Good Times! comes with the modern meets retro vibe curated primarily by producer Adam Schlesinger (of Fountains of Wayne), with occasional contributions by Andrew Sandoval, who literally wrote the definitive book on the Monkees: “The Monkees: The Day-by-Day Story of the 60s TV Pop Sensation.” The best songs here, perhaps weighted by a bit of ironic thinking, come from XTC’s Andy Partridge (“You Bring the Summer”), Weezer’s Rivers Cuomo (“She Makes Me Laugh”), Noel Gallagher and Paul Weller, from Oasis and The Jam respectively, (”Birth of an Accidental Hipster”) and Death Cab for Cutie’s Ben Gibbard (“Me & Magdalena,” which is recorded in two versions, and the preferable version is the perkier, retro pop of the digital bonus version).
Dolenz takes on most of the vocal leads, which feels fitting as he was the more recognizable voice on a great many of their earlier hits. Besides producing Schlesinger contributed “Our Own World” and co-wrote “I Was There (And I’m Told I Had a Good Time)” with Dolenz. The remaining tracks lean toward a more retro feel, as in Peter Tork’s “Little Girl” and vocal on the Carole King/Gerry Coffin contribution, “Wasn’t Born to Follow,” Nesmith’s “I Know What I Know,” and the one Boyce & Hart song, “Whatever’s Right.”
It’s never been clear if and when The Monkees became a real band on their own, apart from the mystique and fantasy created by the TV show, and the dependence on so many other sources of creativity and talent. But presented here as a celebration of their cultural influence across 5 decades of TV re-runs and live reunion shows, Good Times! delivers on the joy, ironic sense of innocence and pure pop pleasure that so many band’s sought to deliver in that golden era of rock & roll.
Key Tracks: “She Makes Me Laugh” / “You Bring the Summer” / “Birth of an Accidental Hipster”
Artists With Similar Fire: The Beatles (early years) / Paul Revere & The Raiders / The Dave Clark 5