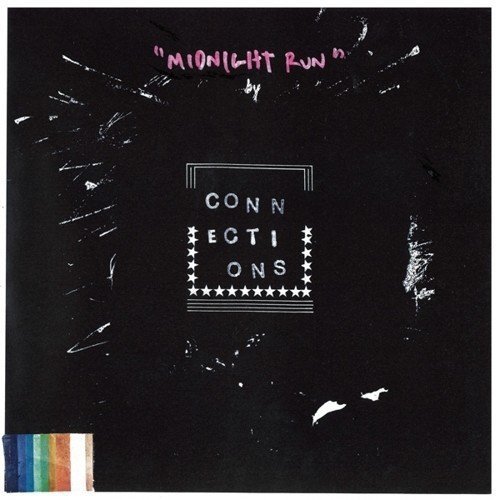 Fire Note Says: Connections perfectly turn up the lo-fi on Midnight Run.
Album Review: I don’t think it would surprise anyone to hear that I am a big Guided By Voices fan. Their recent rock out trend is great but I do miss the magic which was found on their earlier lo-fi albums that came off effortlessly and just flowed track to track. It is a style that will never be replaced and is just as hard to replicate. That brings us to Columbus, Ohio’s Connections. Singer Kevin Elliott and guitarist Andy Hampel were in 84 Nash and released an album on Rockathon Records (GBV Label) back in 1997 so it is not a stretch to say that this style is in their blood. It also is apparent that the band’s fourth LP, Midnight Run, highlights that they know exactly what they are doing at this point with their brand of lo-fi fuzz guitar rock that soars with melodies, stands up with guitar solos and is just weird and disjointed enough in parts to keep the record interesting.
The sound found on Midnight Run is not new for Connections but perfected. The behind and beneath the noise level vocals of Elliott are well in place. The guitar of Dave Capaldi still rises to the top like a J. Mascis (Dinosaur Jr.) scorcher while the power pop moments here simply escape around every corner. The catchy riff that opens the album on “Raise Awareness” sets the tone as the song never breaks out of its own distortion but builds as you can just barely make out the lyrics. This preps you for the pop monster that follows in “Month To Month.” The track has it all with pounding foot tapping drums, an arching closing guitar solo, and a sing along moment as Elliott lets loose “I’m better off that way” several times. “Weapons” brings in some harmonizing backing vocals that engage the listener and will have you reaching to turn the volume up while the “follow the keepers – ba ba bada ba” chorus will find you instantly singing along in “Keepers.” 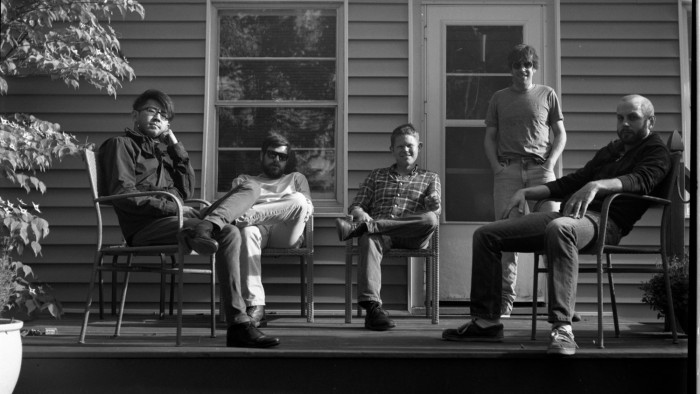 This same pattern of sound continues throughout Midnight Run but what makes it stand out as Connections best record to date are the pace changing numbers such as the 1:17 acoustic “Most Of Summer” that sets up the open armed guitar intro for “Gross Lake.” “Too Late For Heartbreak” is a 0:48 second long track of bleeps and bloops combined with broken scattered vocals that comes out of left field but still works when the song slides into the rhythmic Strokes like “Lisa.” Then there is the get your old Bic lighter out and raise it in the air as the longest song on the album, “All In All,” is the slow burning ballad on the record that will carry you away if you let it!
The lo-fi rock genre is still alive and well with Connections leading the pack. Midnight Run only gets better with every spin and there is absolutely no reason more people don’t know about Connections. This album translates on your headphones and will easily play loud on the stage. Connections already have three solid records in their arsenal but Midnight Run takes their talent to the next level – it is time you make your ears available!
Key Tracks: “Month To Month” / “Weapons” / “All In All”
Artists With Similar Fire: Guided By Voices / Dinosaur Jr. / The Strokes
Connections Website
Connections Facebook
Anyway Records
– Reviewed by Christopher Anthony