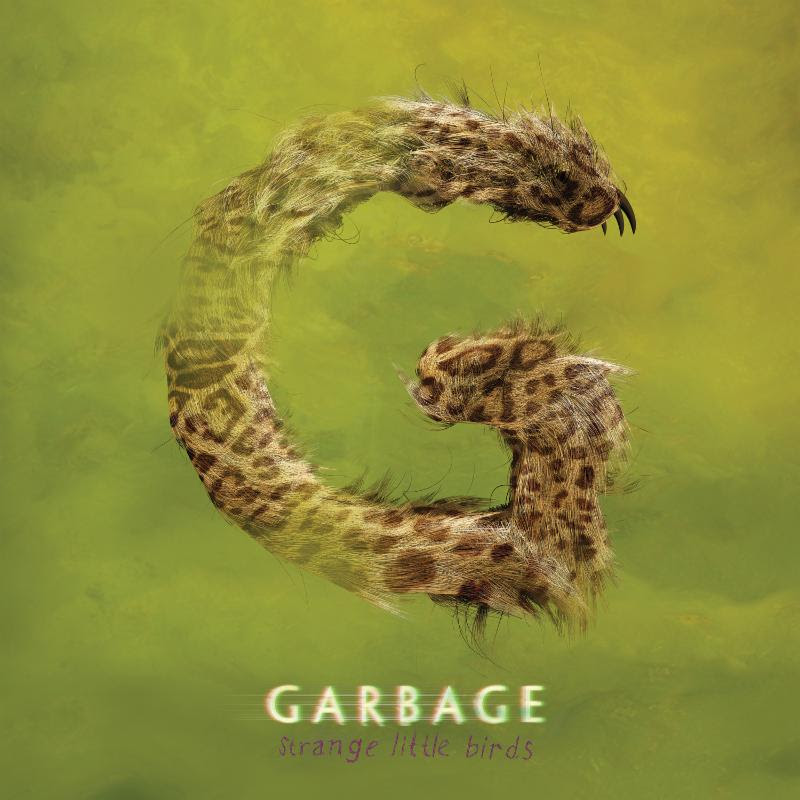 Fire Note Says: Strange Little Birds is, first and foremost, a fine modern pop record.
Album Review: It’s always a fun, noisy, modern pop/rock explosion when we get a new record from Scottish vocalist Shirley Manson and her band Garbage, made up of mid-American studio hounds into punk, electronica/techno, and industrial-oriented alternative rock. The band’s sixth studio album, Strange Little Birds is a bit darker, and more experimental in tone than earlier outings, but still leans toward an accessible, melodic pop-song structure, that finds Garbage in a musical terrain all their own.
Garbage formed in Madison, Wisconsin in 1994, after Butch Vig had come to national attention as the producer for Nirvana’s biggest selling record, Nevermind, and had moved on to doing alternative re-mixes for bands like Nine Inch Nails, U2, and Depeche Mode with fellow studio rats Duke Erikson and Steve Marker. After agreeing that they wanted a female vocalist that had more in common with Chrissie Hynde and Patti Smith than the chirpy, squeaky voiced singers they were hearing in other alternative bands, and seeing Manson’s band Angelfish on tour, she was invited to audition. All agreed that it went pretty horribly at first. But soon, they were writing early, edgy versions of songs that would become “Stupid Girl” and “Queer,” which went on to become hits on their 1995 self-title debut, and Garbage was a band.
Of course, there’s an overly romantic sense of drama about the lyrics, embodied the kind of pro forma existentialism that tends to go naturally with technology triggered music. With synths, sequencers and industrial tones replacing or at least co-opted by human musicians, one begins to ask what makes us human, what does it mean to be alive, what makes art meaningful, what connects us? And you end up with angst-y songs like “Empty,” “Blackout,” and “So We Can Stay Alive.” 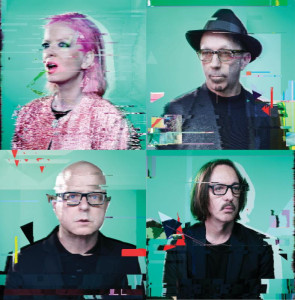 “Night Drive Loneliness” piles on a gloomy musical bed with enough heartbreak lyric and clichés from literature (or world events) that one begins to suspect that they’re making fun of the very sound and fashion that made them stars in the beginning. Manson sing/talks at the song’s emotional climax, “I’m so nervous, like a cat on a hot tin roof/I want to get wasted, forget all about it/like the blue dress in my closet.” Now, surely that’s a reference to Tennessee Williams, but is it also a poke at Monica Lewinski/Bill Clinton? Are we supposed to cry along with the song, or step back and laugh at all the melodrama?
And, “Even Though Our Love Is Doomed” is a title meant to spur suspicion, don’t you think? Even as it asks an important question for our culture with all it’s violence, terrorism and war, “Why (do) we kill the things we love the most,” are we being invited to embrace life and escape extinction, or are we trapped in the inevitable: “even though your love is cruel… even though our love is doomed… you’re the only thing worth dying for?” Are we embracing these emotions, or are we one step removed with Garbage, and mocking those who’ve played their cards and lost it all?
But don’t get lost in the larger philosophical questions at work here, Garbage never does. Garbage never forgets that at its heart it is a pop band, and for all the grungy grit and electronic growl in the music, the loud, passionate pounding of the industrial complex, they never forget to write a singer friendly hook, a way for listeners to get inside this music and make it their own. Whatever else that Strange Little Birds is, first and foremost, a fine modern pop record.
Key Tracks: “Empty” / “Even Though Our Love Is Doomed” / “So We Can Stay Alive”
Artists With Similar Fire: Depeche Mode / Yeah, Yeah, Yeahs / Siouxsie and the Banshees
Garbage Website
Garbage Facebook
Stunvolume
– Reviewed by Brian Q. Newcomb

Robert Pollard Not In My Airforce 20th Anniversary Limited Reissue