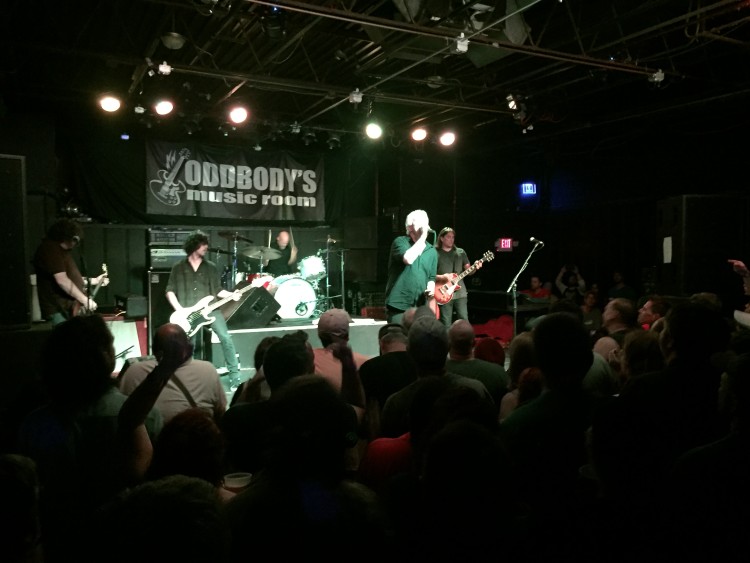 Guided by Voices (w/DTCV): Oddbody’s Music Room, Dayton, Ohio – June 23, 2016
A Guided by Voices show is a two-faced beast. In one sense, you always know what to expect: the camaraderie of the fans, lots of beer, some Robert Pollard stage-banter, and at least a few “classic” GBV tunes, whether its “I Am A Scientist,” “A Salty Salute,” “Teenage FBI,” or “Echos Myron.” On the other hand, there’s also the unpredictable elements: what will the rest of the set list be like? What kind of a mood will Bob and the band be in? WHO will be in the band? You know the show will at least be “good,” but will it go beyond that?
Luckily, for fans who attended GBV’s first hometown show in several years, the newest lineup delivered the goods, turning in a massive two-and-a-half-hour set that included not just the classics, and not just material from the latest record (though there was plenty of both), but Pollard solo material, GBV deep cuts, and material from various side projects, most notably his most recent non-GBV band Ricked Wicky. Kevin March (drums, and the only member carried over from the previous lineup), Bobby Bare Jr. (guitar), Mark Shue (bass), and Nick Mitchell (lead guitar) kept up admirably with Pollard’s rapid-fire pace, sounding just as good as the “so-called-classic-lineup” on their last round of touring. While Tobin Sprout’s songs and vocals were missed, the new lineup benefits from new blood in several ways, most notably in Nick Mitchell’s lead-guitar chops, which add an extra dynamic to the songs, especially the Ricked Wicky material (both Mitchell and March are members). The band’s input on the brand new GBV songs (recorded solo by Pollard) also worked well, and included takes on highlights “Glittering Parliaments,” “Kid On A Ladder,” “My Zodiac Companion,” “Hotel X,” “Eye Shop Heaven,” and the title track “Please Be Honest.” 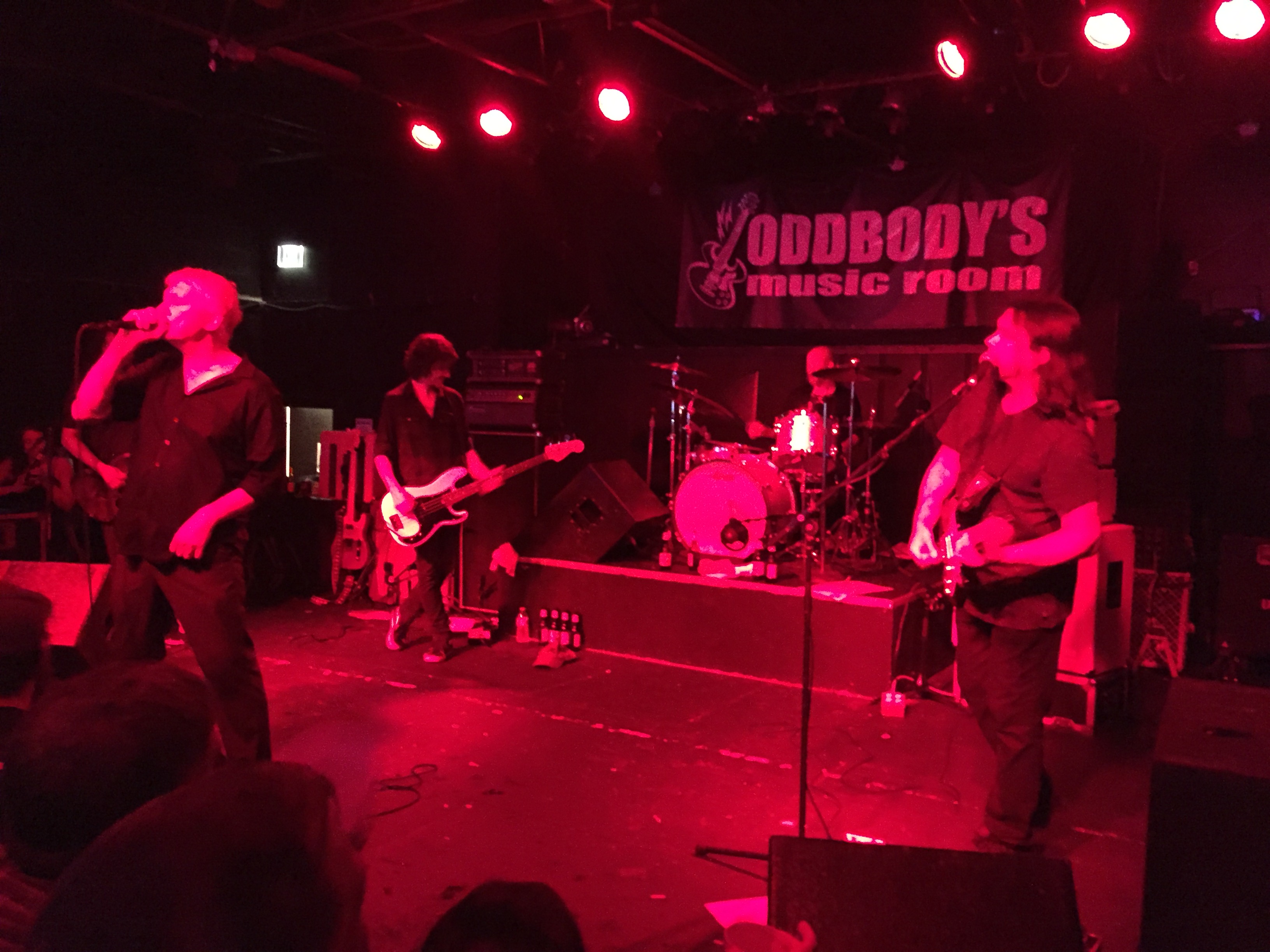 While the show I saw in 2014 with the “classic lineup” might best be described as a celebration of that band’s records—heavy on tunes from Propeller to Under the Bushes, Under the Stars, as well as the 2010-2014 reunion records—this set was much more diverse. Pulling not only from those same records (including phenomenal readings of “Tractor Rape Chain,” “Authoritarian Zoo,” “Game of Pricks,” “Echos Myron,” “Cut Out Witch,” and “Planet Score,” among others), the band pulled from several other sources as well. The highlights for me included several songs from Ricked Wicky’s three LPs from last year, where they rocked out on “Piss Face,” “What Are All Those Paint Men Digging?” “Jargon of Clones,” “Poor Substitute,” and the band turned in some especially good performances on “Map and Key” (with Nick Mitchell’s fantastic solo included), and I Sell The Circus’s “Mobility,” which may have been the best track of the night (in my book anyway). The band also pulled from other GBV eras as well, throwing in expert renditions of “Back To The Lake,” “Not Behind The Fighter Jet,” “Fair Touching,” and “The Brides Have Hit Glass.”
Solo Pollard was also well-represented, with Bob and the band giving their all on “Make Use,” “Miles Under The Skin,” “Love Is Stronger Than Witchcraft,” “Imaginary Queen Anne,” “Arrows and Balloons,” and several tracks from Pollard’s most recent solo outing Of Course You Are Robert Pollard (produced by Nick Mitchell), including “The Hand That Holds You,” “I Can Illustrate,” “My Daughter Yes She Knows,” and “Promo Brunette.” As no Pollard or GBV show would be complete without a few side-project tunes, the band also churned out “Do Something Real” (from Pollard and Doug Gillard’s Speak Kindly) as the show opener, along with three Boston Spaceships tunes (“Question Girl Alright,” “Tabby And Lucy,” and “Come On Baby Grace”). After a short break, the band returned to the stage for two encores, the first of which featured some classic tunes (“Shocker In Gloomtown,” “Smothered In Hugs,” “Motor Away”), while the second featured more (“A Salty Salute,” “Don’t Stop Now”) and a show-closing cover of The Who’s “Baba O’Riley.”
With a solid set from Jim Greer’s DTCV opening the proceedings, a new band ready to prove themselves, a mammoth setlist pulling from several facets of Pollard’s work, and a hyped-up and appreciative crowd, the show was on par—if not better—than the last time the band played locally (my first GBV show, with the classic lineup in May 2014). If Bob and the boys play your neck of the woods any time soon, don’t hesitate to go see them: the new lineup is on par with any of the band’s previous incarnations, and they’re ready to rock your face off.
Set list: Do Something Real / Back To The Lake / My Zodiac Companion / The Quickers Arrive / Tractor Rape Chain / Miles Under The Skin / Mobility / The Hand That Holds You / Not Before The Fighter Jet / Hotel X / Fair Touching / Authoritarian Zoo / Arrows And Balloons / Echos Myron / Make Use / My Daughter Yes She Knows / What Are All Those Paintmen Digging? / Game Of Pricks / I Can Illustrate / Imaginary Queen Anne / Glittering Parliaments / Question Girl Alright / Planet Score / The Brides Have Hit Glass / Piss Face / Keep It In Motion / Promo Brunette / Tabby And Lucy / Jargon Of Clones / Cut Out Witch / Blimps Go 90 / Kid On A Ladder / Come On Mr. Christian / Come On Baby Grace / Poor Substitute / A Number I Can Trust / The Official Ironman Rally Song / Map And Key / Love Is Stronger Than Witchcraft / Eye Shop Heaven / The Gold Heart Mountaintop Queen Directory / Please Be Honest / I Am A Scientist / Glad Girls / Of Course You Are
Encore 1: Shocker In Gloomtown / Smothered In Hugs / Motor Away
Encore 2: A Salty Salute / Don’t Stop Now / Baba O’Riley
-Review by Simon Workman

3 thoughts on “Guided By Voices: Past Present & Future [Concert Review]”