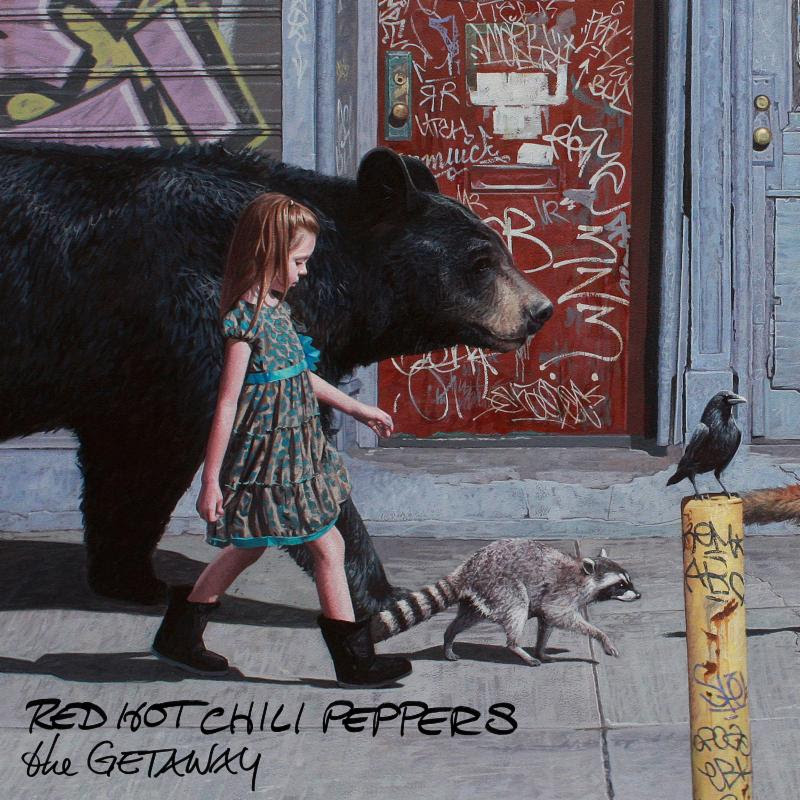 Fire Note Says: Peppers still like to push the envelope.
Album Review: Looking at the list of alternative rock bands that started in the 80’s and were coming into their own — commercially and artistically — in the 90’s, the Red Hot Chili Peppers are probably not the band you’d put your money on to still be working, making great records and filling arenas, here 25-plus years later. Look who played the main stage at the touring Lollapalooza festival in those early years: Jane’s Addiction, Rage Against the Machine, Pearl Jam, Smashing Pumpkins, Nine Inch Nails, Primus, Alice In Chains… while many of these artists have evolved and found ways to stay active, aside from Pearl Jam, perhaps, the Chili Peppers are probably the only band you can think of still making music rooted in their original vision that has maintained a vital commercial presence, which is to say, released a current album capable of getting airplay in the brave new world of satellite radio and digital downloads.
Of course, the two lasting original members who assure that this is an authentic RHCP effort, are singer Anthony Kiedis and bassist Flea, whose original fascination with George Clinton era funk and the hard-core punk of bands like Black Flag, and the combination of the two in bands like Bad Brains, has given the band a consistent stepping off point. Probably the best reference point are early airplay successes like the band’s monumental cover of Stevie Wonder’s “Higher Ground,” and the band’s reaction to the drug over-dose death of original guitarist Hillel Slovak, with Kiedis delivering a rap styled vocal over more of a hard rock guitar riff, “Knock Me Down.”
The two have been joined by drummer Chad Smith since 1988, but it’s the ever changing role of guitarist that has perhaps had the most impact on the band’s evolving sound. No doubt the guitarist who’s had the greatest impact on the band’s overall sound, and likely their success, is guitarist John Frusciante, who recorded two of the band’s definitive hit albums, Mother’s Milk and Blood Sugar Sex Magik. That last record produced by Rick Rubin, who’d become a long-time collaborator, gave the band the needed push to rock stardom with hits like “Under the Bridge,” “Breaking the Girl” and “Suck My Kiss.” Uncomfortable with the challenges that came with this level of success and a burgeoning drug problem of his own, Frusciante left the band in the midst of the biggest tour of their career, and Arik Marshall toured with the band before ultimately being replaced by Jane’s Addiction guitarist Dave Navarro, who gave the band a noteworthy more metallic edge on their album, Red Hot Minute.
A newly rehabbed and reinvigorated Fruscante returned to the band for the decade that produced Califonication, By the Way, and the monumental double disc, Stadium Arcadium. Sometime in 2007, guitarist Josh Klinghoffer began touring as a support guitarist for Frusciante, who left the band to pursue more experimental musical directions in 2009. On 2011’s I’m With You album, but especially on the two year tour covering all the band’s previous hits and musical eras, Klinghoffer proved he was a guitarist who gets what makes the unique musical blend of Flea and Kiedis, and that he was a more than able to contribute to the band musically going forward. 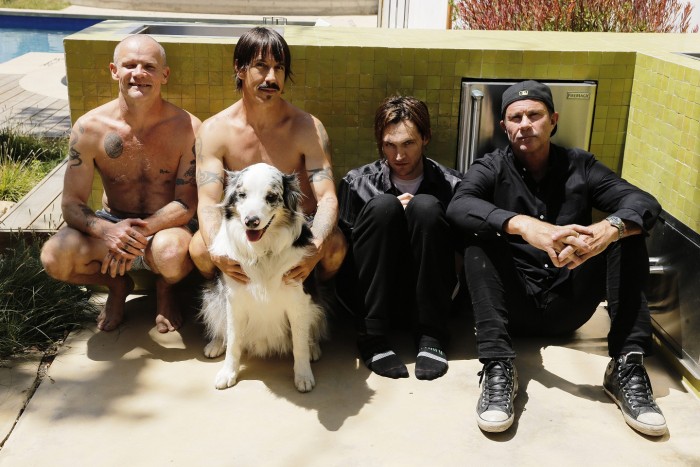 So, another five years later, we have The Getaway, a vibrant collection of 13 songs that suggest a level of creative maturity that musicality and restraint that, I admit, is not what usually comes to mind when you hear the words: Red Hot Chili Peppers. For instance, on the disc’s first single, “Dark Necessities,” the song builds quite naturally early until we reach a classic plucked bass riff that reestablishes that we’ve reached a musical territory that belongs entirely to Flea, followed by a classic Kiedis melody line with just the right rhythmic support and engagement from Smith and Klinghoffer.
“We Turn Red,” follows with another grinding funk riff that feels strangely familiar until you hear the “prettiest girl I’ve ever seen” line, which echoes the 1973 hit by David Essex, “Rock On.” When the song explodes into a loud instrumental jam 3/4’s of the way in, you remember that the Chili Peppers are a force to be reckoned with in their own right.
Working for the first time with producer Danger Mouse (aka, Brian Burton, who was in Gnarls Barkley with Ceelo Green, and has produced Gorillaz, Beck, Black Keys, and U2), it’s hard to tell if the rather seamless quality bridging the varied forces at work in the strange brew that is RHCP is due to better songwriting from the band over all (with Burton contributing on half the tracks), Klinghoffer’s dexterous versatility and capacity to deliver just what each piece seems to require, or Danger Mouse’s deft studio mixing skills. But, either way, this is Red Hot Chili Peppers pumping on all cylinders, at the top of their game.
Most improved over-all goes to Kiedis, who has figured out how to keep the music in a key that favors his vocal range, and who moves smoothly between rapped, spoken and sung melodies, which adds to the sense of sophistication and relevance to the albums material that is unlikely to be released as singles for radio, like “Go Robot,” “Feasting on Flowers” and “Detroit.” Curiously, Elton John and Bernie Taupin make a contribution to “Sick Love,” while the rocker “This Ticonderoga” and psychedelic leaning “The Hunter” and “Dreams of the Samurai” remind us that this is a band who still likes to push the envelope of artistic expectations.
“Maturity” may not have been a desired quality when RHCP’s were first exploding on the pub scene, playing nasty funk in nothing but a sock, but all these decades and millions of records sold later, it reveals that at this point in time this is a band that knows it’s strengths and is willing to deliver them to the delight of both long-time fans and new generations of listeners.
Key Tracks: “Dark Necessities” / “We Turn Red” / “Goodbye Angels”
Artists With Similar Fire: Jane’s Addiction / Faith No More / Rage Against the Machine
Red Hot Chili Peppers Website
Red Hot Chili Peppers Facebook
Warner Bros. Records
– Reviewed by Brian Q. Newcomb