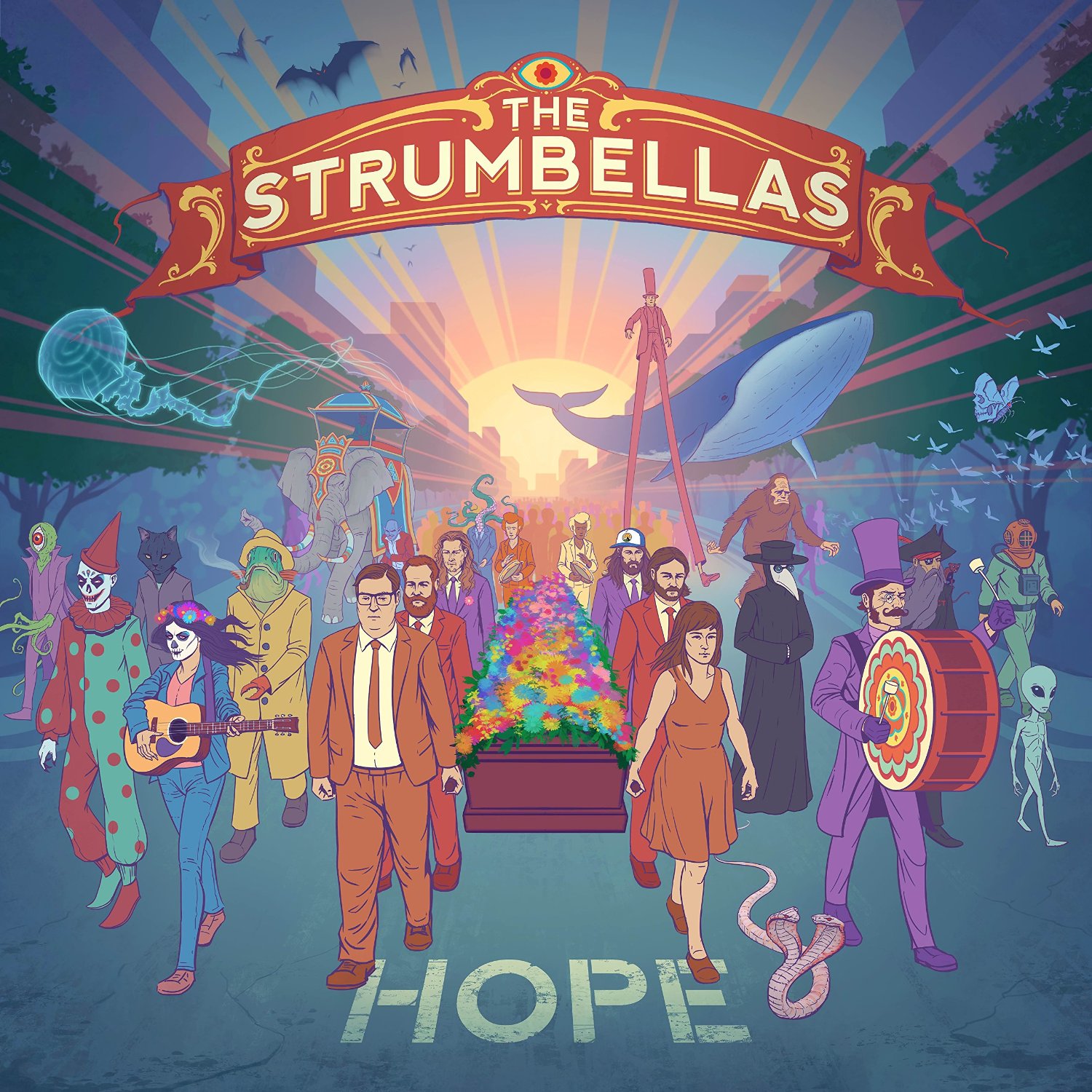 Fire Note Says: Canadian band The Strumbellas play a familiar tune.
Album Review: Canadian band The Strumbellas rode into to public acclaim on the back of their airplay single, “Spirits,” on the same post-banjo Mumford wave that brought us the likes of Icelandic band Of Monsters and Men, and Colorado’s Lumineers. Call it what you will, a folk rock revival, pop/rock Americana, or just a return to old-school country instrumentation, but it fills a void missing in the current music scene, one that many of us respond to with warmth and acceptance.
“Spirits” is the best example of what The Strumbellas have going for them. It starts of with a simple line from singer/songwriter Simon Ward over a light acoustic guitar chording. “I got guns in my head and they won’t go/Spirits in my head and they won’t go,” before the full band chorus comes in with a touch of orchestration. On the second verse, Ward leans more on the piano, and a full choral group joins as they rehearse the hook, the orchestration remains lush, and you can hear the clear bells echoing the melody from the percussion section. The strings and voices coalesce to build to a big closing climax.

This formula is repeated, in a looser form on “Shovels & Dirt,” but comes back strong on “Wars,” three of the strongest offerings on this third album from The Strumbellas. Elsewhere, Ward leads the band through a variety of standard singer/songwriter tropes, made all the stronger by the comfortable familial feel in the bed of background vocals and the competent musicality when the whole quartet is playing together: David Ritter on keys, Jon Hembrey on guitar (lead when it’s called for), Isabel Ritchie on violin, Darryl James on bass and Jereby Drury on drums, with pretty much everybody singing on the choruses.
On “The Hired Band,” Ward leans hard into old school country, with some nice New Orleans style brass thrown in for good measure. “I’m singing songs of hope, but I don’t know where to go,” he sings, giving the album’s it title, and also addressing its limitations. Not sure every listener would realize these are all songs of “hope”; we can’t stay “Young & Wild” all our lives, and sometimes we want for something more than a little hope in our bed, and the chance the “The Night Will Save Us.”
The disc concludes, hand claps and all, with the big vocal chorus of “Wild Sun,” and like the spirit at the heart of The Strumbellas, hope springs eternal.
Key Tracks: “Spirits” / “Shovels & Dirt” / “Wars”
Artists With Similar Fire: (Banjo era) Mumford & Suns / Lumineers / Of Monsters & Men

Band Of Horses: Why Are You OK [Album Review]