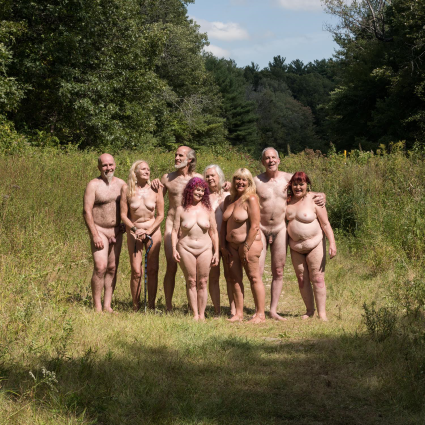 Fire Note Says: Surprise! The Hotelier have matured into a world-beating rock and roll band.
Album Review: There was something about The Hotelier’s 2014 breakout LP, Home, Like NoPlace Is There, that just felt different than your typical, run-of-the-mill Emo band. They were smarter, that’s for sure. Singer/bass player Christian Holden had a lot to say but the band stayed true to its pop punk roots despite his bookish ways. Now with what is (for all intents and purposes) their sophomore album (they released an earlier album as The Hotel Year while still in high school) the Worcester, Massachusetts band has had some time to reflect on the accolades Home garnered for them and decided that it was time to grow up. Holden has talked about being trapped in a Peter Pan situation which can happen when you get older but your audience seems to stay the same age. With Goodness he and his mates have expanded their sound so far that, much like Mock Orange or The World Is A Beautiful Place & I Am No Longer Afraid To Die, I don’t think they can even be considered Emo any more. What they have become is a top notch rock and roll band that has clearly hit its stride. And they sound like they know it.
The recurring themes of nature and our place in it puncuate throughout. One immediately thinks of Emerson or Thoreau (especially given the New England setting) but it is Mary Oliver’s poetry that most informs , especially on “Soft Animal” which not only name-drops her but the title is from one of her best-known poems. Upon spotting a doe and her fawn Holden screams: “Make me feel alive/Me me feel all my selves align.” And later: “Make me feel there’s a God sometimes.” As the song reaches climax, the deer is shot by a mob of rifle-wielding hunters. “I can feel the rustling as you go.” The spiritual nature of the Earth and celestial bodies is emphasized by little campfire songs which act as interludes. Holden recites a poem of his own to begin the album: “I would smile but it would be meaningless/I wouldn’t want it to be.” It’s a curious way to start but when Sam Frederick’s drums explode onto the scene to announce the record has truly begun on “Goodness, Part 2” the effect is devastating. They are so high in the mix all through Goodness that they demand attention as a lead instrument. The snare hits, in particular, supply an almost primative back drop. Fractured and deconstructed, with Chris Hoffman’s chiming, dissonant guitar off the beat, the song finally comes together and it’s obvious that this is a very special album. The next song, and first single “Piano Player”, chugs along like Tom Petty covering Social Distortion (with vocals recalling Michael Stipe ) only for the band to all but disappear into a sonic cave. When they come back out of it, The Hotelier display incredible power as the word “sustain” is repeated – like the sustain pedal on a piano. And then there’s the little tambourine flourish right at the end of the track, right before the fade out. There are so many unexpected production decisions and they all work towards creating a unified whole. One of those campfire pallet cleansers follows with a lullaby sung out of synch to gentle acoustic guitar: “I see the moon and the moon sees me.” 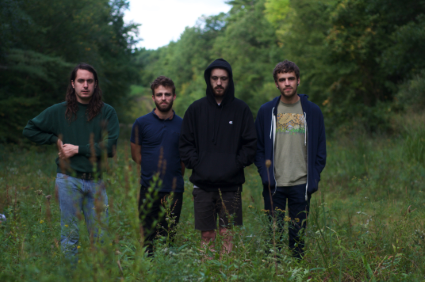 There are songs which, at first glance, don’t seem to fit in but, within the context of life and death being one in the same, work marvelously well. One of these is the beautiful and haunting “Opening Mail For My Grandmother.” You can almost hear the band in awe of it, somewhat unsure what to do about its 6/8 grandeur and, ultimately, go straight for the heart. The details of the lives of people she’d known act as a sad reminder that all you now know is but temporary in the end: “From Gingie in San Fran: ‘the grandkids are dear’/The nurse at St. Beth’s was widowed this year/But they’re making arrangements.” At times they can sound like a turn-of-the-century Indie band a la Dismemberment Plan (“Settle The Scar”) and at others (“Sun”) like an overly ambitious version of Guided By Voices circa Isolation Drills. It is thrilling to witness a band at the very peak of their creative prowess, when they believe that they can do anything. This is that moment.
And so the debate rages about whether or not this so-called 4th wave of Emo is a resurgence. Some believe it never went away; that it merely waited for the right batch of young artists to come along and rebrand the thing. If you told me two years ago that my two favorite albums from 2015-16 were called Harmlessness and Goodness I might have believed you. But if you then told me they were both from that despised and misunderstood genre I would have laughed in you face. I’m not laughing now. This is anything but meaningless.
Key Tracks: “Piano Player” / “Opening Mail For My Grandmother” / “Soft Animal”
Artists With Similar Fire: The World Is A Beautiful Place… / Into It.Over It. / Joyce Manor