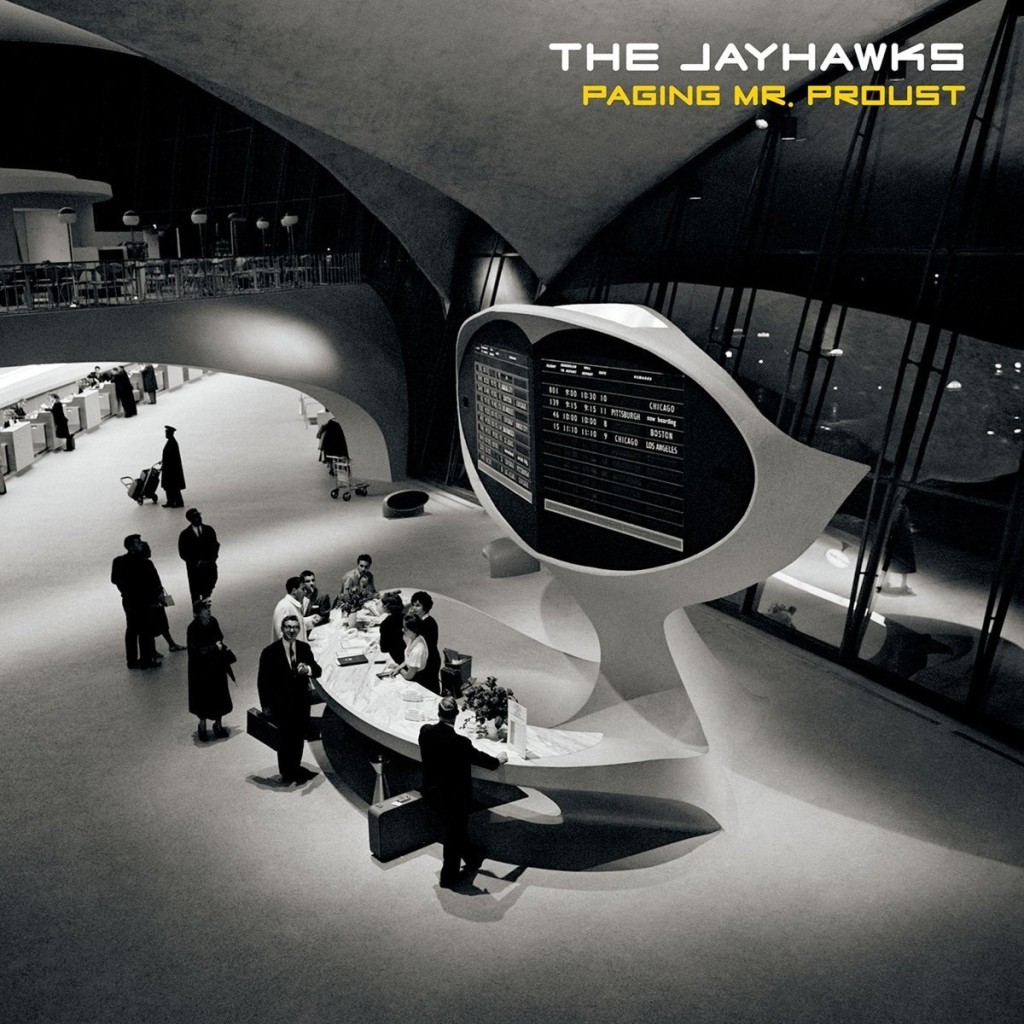 Fire Note Says: Paging Mr. Proust is focused on strong songs and the band’s reliable sound.
Album Review: Fans of Americana with a long enough memory, will remember The Jayhawks as one of the best bands of the mid-90’s, when albums like Hollywood Town Hall and Tomorrow the Green Grass thrived critically and commercially thanks to the strong songwriting and harmony vocals of Gary Louris and Mark Olson. “Blue” is perhaps the best loved song from that era, but they also recorded a great cover of Grand Funk’s “Bad Time.” When Olson left the band, Louris continued on as the band’s main songwriter, supported by Karen Grotberg on keys and vocals, Mark Perlman on bass, and Tim O’Reagan on drums and vocals, producing a trio of strong albums Sound of Lies (’97), Smile (’00), and Rainy Day Music (03).
Olson came back into the fold in 2011 to record the album, Mockingbird Time, and then played a hundred shows or so before disbanding again in the fall of 2012. For Paging Mr. Proust, it’s the Gary Louris show again, supported by his three long-time compatriots and electric guitarist Kraig Johnson. The album is produced by Peter Buck, guitarist with R.E.M, and Tucker Martine, who not only recorded the last R.E.M. disc but has worked with The Decemberists, My Morning Jacket, the Avett Brothers, Sufjan Stevens and many others. 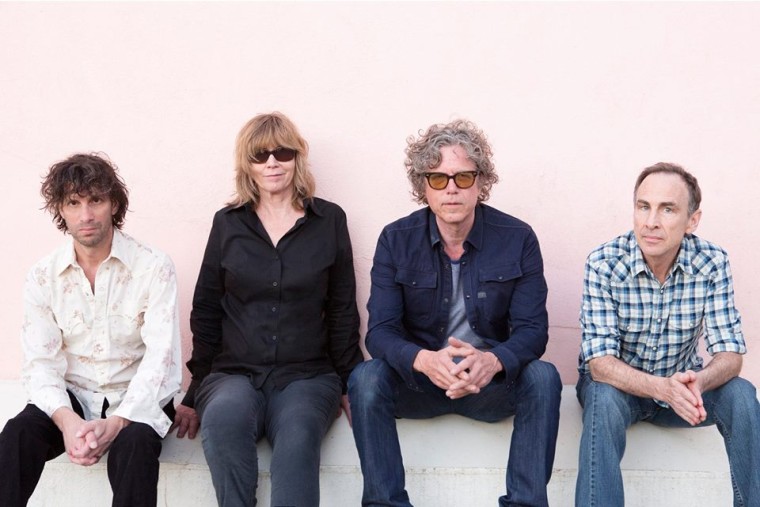 The album starts and finishes, “Quite Corners & Empty Spaces” and “I’ll Be Your Key” respectively, in the familiar jangly guitar pop territory of the band’s early years. And you can hear a fair amount of allusions to 60’s & 70’s folk and rock in the guitar sounds and Louris’ melodic sensibility with an occasional nod to old school country music, even as the band branches out experimentally from time to time. “The Devil Is In Her Eyes” has a Dylanesque harmonica, while “Lost The Summer,” “Comeback Kids,” and “The Dust of Long-Dead Stars are straight forward rockers, dominated by electrics guitars.
The song that stretches the band a bit too far from its comfort zone is “Ace,” which sounds like Louris was having a bit of Wilco envy, and wanted a song of his own with a kraut-rock feel and noise/jazz solo. For good or ill, they’ve got one now, and I hope it feels better.
The band is in much more comfortable territory on tracks like “Lovers of the Sun,” “Pretty Roses In Your Hair,” and “Isabel’s Daughter,” which emphasize Lauris’ high, melodic voice and strong poetic sensibility meshed with a subtle guitar hook and a solid bed of background “oohs” & “aahs.” Paging Mr. Proust is a very solid outing, focused on strong songs and the band’s reliable sound, catchy and engaging.
Key Tracks: “Lost the Summer” / “Leaving the Monsters Behind” / “The Dust of Long-Dead Stars”
Artists With Similar Fire: R.E.M. / Wilco / Golden Smog
The Jayhawks Website
The Jayhawks Facebook
– Reviewed by Brian Q. Newcomb

Awards Banquet: If Not Now Then Summer [Album Review]