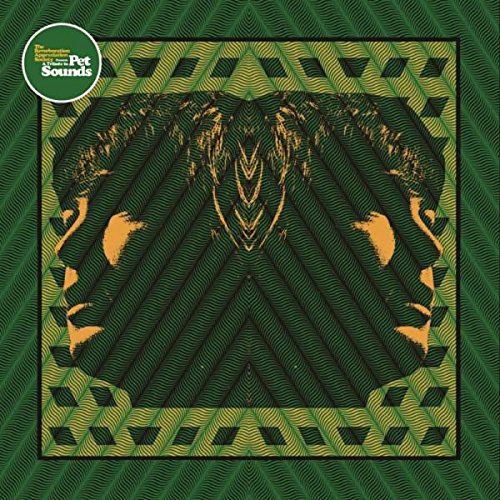 Fire Drill Album Review: Revisiting the Beach Boys 1966 classic, Pet Sounds, always brings new and fresh perspective for me on an album that now has turned 50. Most people will scoff at you when Pet Sounds is brought up as one the best albums of all time because all they can think about is the Beach Boys fun in the sun albums and how their mom probably loves them. From its concept aspects, to the buried pop, to the psychedelic swaying, Pet Sounds has it all and it totally makes sense that The Reverberation Appreciation Society commissioned Al Lover to curate and produce a tribute to this career keystone with 15 talented musicians of the psych garage movement.
Most of the songs maintain their core structure here which is a plus and a minus. The best cover typically is a slightly deconstructed version of a song to capture individuality but it still keeps the track recognizable to the common listener. The groups never get too outside their own psychedelic fuzzy presentation and struggle to inject enough of their own synergy to make the outing completely memorable. The end result is a tribute album that has a very similar tone throughout its almost hour running time. That is not to say there are not some fun takes, such as the Cool Ghouls “Here Today,” Holy Wave’s run at “That’s Not Me” and the animated closer from The UFO Club handling “Hang On To Your Ego.”
A tribute of this magnitude is not easy to pull off but the Reverberation Appreciation Society made it happen. Although it is not the most dynamic album I have heard this year, it still is a solid honorary gesture featuring all of these bands that live on the fringe. The Black Angels are easily the biggest name here and I bet many of you are still wondering who they are. To be honest, could anyone assemble 15 artists that could hit these harmonies, tell the tales with the same passion or somehow bottle the nostalgia of Pet Sounds? That answer is an easy no and it shows what kind of album Pet Sounds is because overall it still sounds pretty great.