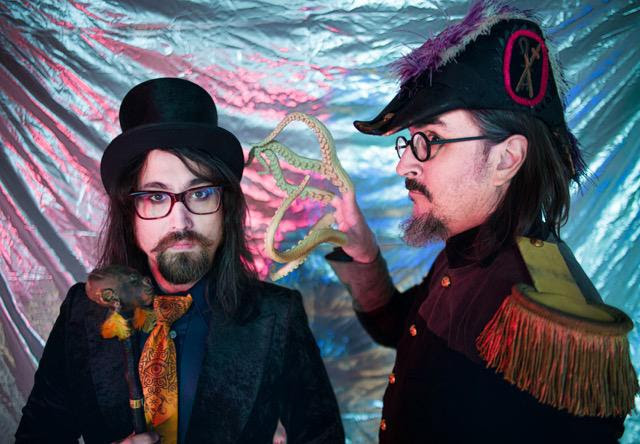 After seeing Sean Lennon come onto the stage with Les Claypool and Primus during their summer tour together, it wasn’t that much of a surprise to see this collaboration happen. Now, it was anyone’s guess what form it would take and to the delight of TFN, it seems like a mix leaning more to the psychedelic side of things. Today’s Fire Track showcases both the artistic pulse of Primus and Lennon’s hallucinogenic happenings that can found on his newest material with The Ghost of a Saber Tooth Tiger.
Now, throw in Mark “Money Mark” Ramos Nishita of the Beastie Boys (keyboards), and Paul Baldi of the Fungi Band (drums) and The Claypool Lennon Delirium is alive. At just over eight minutes, “Cricket and the Genie” is textured, intense, mind-altering and brings a “turn it up” type of swirling vibes that work. On the album, this track is split into two movements but its full sonic impact is realized here. The song is a monster wave of a statement that I believe says something about Claypool’s willingness to step outside of his core. The group’s debut, Monolith of Phobos, is out June 3rd via ATO Records and for sure has plenty of surprises in store for its audience.