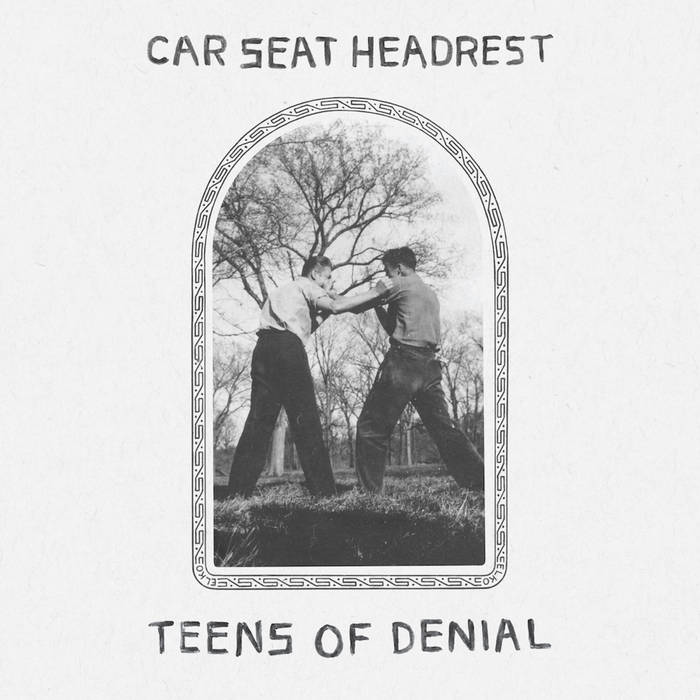 Fire Note Says: This is the indie rock record you need in 2016!
Album Review: “I’m so sick of – fill in the blank” is the first line you hear out of founder and singer/songwriter Will Toledo’s creative brain from the excellent new long player, Teens of Denial, from his Car Seat Headrest vehicle. It’s sonic boom and attack represents the first real song Car Seat Headrest has released with a full band recorded in a real studio and gives you an early glimpse of the cleaver wordplay that fills the album. Toledo’s history is one of classic storytelling with his incredible eleven DIY releases on his Bandcamp page and the collection of tunes from these outings on his Matador debut Teens of Style which was released last year. This prolific output has built the anticipation for this “proper” debut and Toledo completely delivers.
Not only does Car Seat Headrest come out of the gate swinging but they come at you with eight songs rocking past the five-minute mark with “Cosmic Hero” cruising by the eight-minute tick and “The Ballad of the Costa Concordia” pushing beyond eleven minutes. This record is definitely not a quick stop in and leave but a bold commitment to indie rock that should make people believe in the genre again if they have lost hope. From Toledo’s vocals cranking out better Strokes sounding tracks than the Strokes, to his shoot from the hip catchy lyrics and Beck approach on tracks like “(Joe Gets Kicked Out of School for Using) Drugs with Friends (But Says This Isn’t a Problem)” while still turning up the guitar and yells on other songs that bring some memories of classic Nirvana – This unique and risky approach is a winning combination that makes Teens of Denial very hard to put down.
The record is a winner because it never stops evolving or surprising you. At one time, you may think you are going to hear a softer sing-along on “Drunk Drivers Killer Whales” until it switches up its tempo during the chorus and blows out while “Vincent” spends its 7:46 with an opening guitar noodle, plenty of psychedelic spiraling and a story smack dab in the middle that makes you forget the time. The intense “The Ballad of the Costa Concordia” is another crazy highlight of how Car Seat Headrest has packed different rock movements into this over eleven-minute track. It flows from its innocent soft opening to a spoken word narrative with a rock opera in its background before closing out with an upbeat foot tapper indie rock song. These surprises consistently surface all the way down to the end when you hear the floating and just over a minute acoustic closer “Joe Goes to School” that once again shows another side to Toledo and is the perfect fresh air to close down this behemoth of an album. 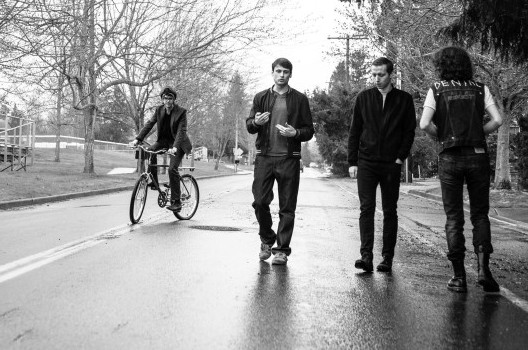 Much press of course lately has been around the last minute nix of a track from The Cars Ric Ocasek over a sample of “Just What I Needed.” What is sad about the situation is that the song was one of my favorites because it was not a cover but showcased Toledo’s talent how he incorporated the popular tune into his own track and ideas. I really still can’t believe with all of Ocasek’s indie production credits under his belt that he didn’t dig the song. Regardless, Toledo quickly refashioned the tune into “Not What I Needed” by removing the questionable parts with a very busy somewhat white noise effect that works. The song is still solid and its core never changed. If you didn’t hear the taboo version you would never think this song didn’t belong on the record.
Much can be said about today’s music and what critics tell you is the “it” band and the “it” album to check out (lord knows we try as well)! I am not saying you shouldn’t follow your ear but sometimes I know that people struggle to connect with some of the current trends but I will tell you that if you have any ounce of indie alt rock blood in your history – Teens of Denial will connect. You no longer will be asking – who is Car Seat Headrest because this is and will be one of the best indie rock records of the year. Teens of Denial is challenging, not afraid to push limits and boundaries and most certainly is not scared to have you turn up the volume. This record is a win for rock in my book and I can only predict that this is a true beginning for Car Seat Headrest’s next stage that hopefully will produce more exciting music in years to come. You should get onboard now!
Key Tracks: “Fill In The Blank” / “Drunk Divers Killer Whales” / “The Ballad of the Costa Concordia”
Artists With Similar Fire: The Strokes / Beck / Nirvana